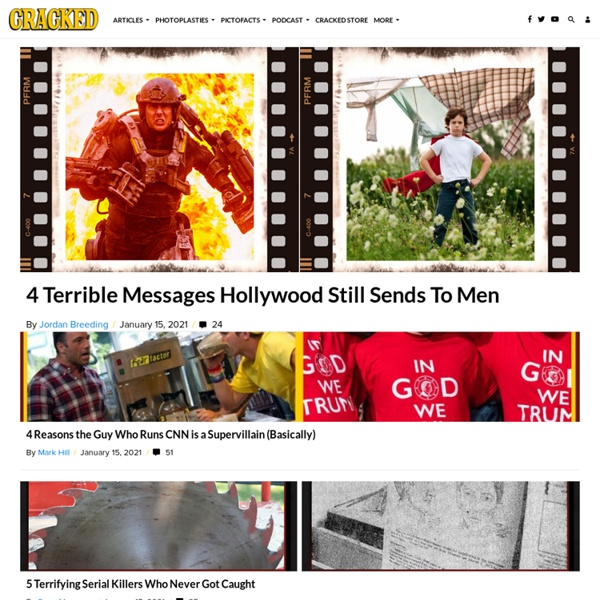 BBC Trending Image copyright Anadolu Agency/Getty Live video stream apps, like Facebook Live and Periscope, seemed to be the medium of choice for a new digital generation in Turkey this week, as they spread the news of recent political turbulence to the world. In January 1991, Peter Arnett reported live on CNN from the Al-Rashid hotel as the first air strikes of the Gulf war hit the Iraqi capital of Baghdad. This was the moment of CNN's pioneering 24-hour news channel, changing the information sharing landscape permanently. Twenty years later, at Tahrir Square in Cairo, a new form of information sharing came into fruition. Egypt's citizen journalists flooded social media with still images of the toppling of government, communicating directly to a global audience.

The 30 Best Films of the Decade We’re all in that humanistic mode of evaluating our lives – coming up on the end of the year and the last time a zero will be the third digit on our calendars. We’re all (from Variety to Cat Fancy) also waxing expert on what films were the best of the best of the best of the past ten years. Which is why there is an unnavigable sea of opinion polluting the internet right now. Neil and I thought, ‘If everyone else is doing it, why can’t we? John Cleese’s Eulogy for Graham Chapman: ‘Good Riddance, the Free-Loading Bastard, I Hope He Fries’ The British comedian Graham Chapman delighted in offending people. As a writer and actor with the legendary Monty Python troupe, he pushed against the boundaries of propriety and good taste. When his writing partner John Cleese proposed doing a sketch on a disgruntled man returning a defective toaster to a shop, Chapman thought: Broken toaster? Why not a dead parrot?

Hashtagify Popular Hashtags: Global Top 30 Get daily, weekly or monthly updates about the top hashtags for: any language. Just type your email address, choose your frequency and click "Get Free Updates". This chart shows the top 30 hashtags by popularity on Twitter during last week, for tweets in any language. Period Popularity is a 1-100 rating to compare the popularity of the hashtags. The rating is relative to the most popular hashtag of the week, that always gets a value of 100.

Another 12 Mind-Blowing Documentaries To Watch On Netflix Assuming you've already powered through our previous collection of 12 mind-blowing documentaries to watch on Netflix, we've pulled together another set for your non-fiction viewing pleasure. Please binge-watch accordingly. "Shenandoah" In depicting the story of four high school boys who murdered a Mexican immigrant, "Shenandoah" dissects the mob mentality of the small town in which their atrocity took place. Whether or not you were familiar with this case when it ran through the news, the objective here is to take on a very specific form of racism, told through the disturbing reality of American life for those who don't fit into the mold of "tradition." "Girl Model" "Girl Model" renders a startling look at an industry that does not flinch at the exploitation of children, as told from the perspective of an ex-model working as a Russian scout.

Top 10 Shocking Documentaries Movies and TV As a visual medium, documentaries frequently succeed in portraying the unimaginable far better then any book alone could do. Beaming everything from the consequences of child abuse to the horrors of nuclear warfare into the homes of millions, the following infamous documentaries shock the viewer and challenge perceptions. Please note: Almost all the videos featured contain graphic and disturbing content, relevant to the topic at hand. The Aristocrats "The Aristocrats" (also known as "The Debonaires" or "The Sophisticates" in some tellings) is a taboo-defying dirty joke that has been told by numerous stand-up comedians since the vaudeville era. Over time it has evolved from a clichéd staple of vaudevillian humor into a postmodern anti-joke. Steven Wright has likened it to a secret handshake among comedians, and it is seen as something of a game in which those who tell it try to top each other in terms of shock value. It is thought of as a badge of honor among expert comedians and is notoriously hard to perform successfully. It is rarely told the same way twice, often improvised.

This has almost twice as many picks as google! by zazzles Sep 8