US watchdog to propose new net neutrality rules. 24 April 2014Last updated at 08:59 ET FCC chairman Tom Wheeler denies the body is doing a U-turn The US government may be about to propose new rules which would allow net providers to charge more for some services to be carried on its networks. 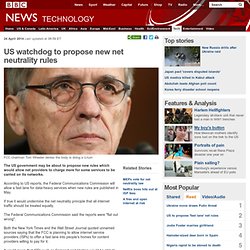 According to US reports, the Federal Communications Commission will allow a fast lane for data-heavy services when new rules are published in May. If true it would undermine the net neutrality principle that all internet traffic should be treated equally. The Federal Communications Commission said the reports were "flat out wrong". Both the New York Times and the Wall Street Journal quoted unnamed sources saying that the FCC is planning to allow internet service providers (ISPs) to offer a fast lane into people's homes for content providers willing to pay for it.

It would mean that ISPs such as Comcast and Verizon would be able to charge companies such as Netflix, Amazon, Disney or Google different amount for priority services. Unnecessary tolls. FCC chairman regrets that AT&T and Verizon control the best spectrum. FCC Chairman Tom Wheeler today provided an update on next year’s auction of broadcast TV spectrum to wireless carriers and said that having two national carriers control the best spectrum is harmful to competition. 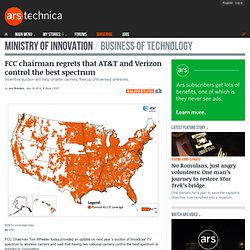 “Spectrum below 1 GHz—such as the Incentive Auction spectrum—has physical properties that increase the reach of mobile networks over long distances,” Wheeler wrote in a blog post. “The effect of such properties is that fewer base stations and other infrastructure are required to build out a mobile network. This makes low-band particularly important in rural areas. A legacy of earlier spectrum assignments, however, is that two national carriers control the vast majority of low-band spectrum.

Krokodil In Nogales: Mexican Officials Report Flesh-Eating Drug In City Near Arizona Border. Mexican public health officials in the northern state of Sonora have confirmed the first case of krokodil in the city of Nogales, which borders Arizona. 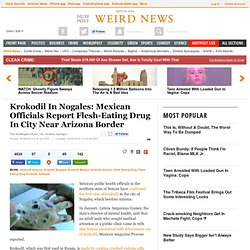 In January, Leticia Amparano Gamez, the state's director of mental health, said that an adult male who sought medical attention at a public clinic came in with skin lesions associated with intravenous use of krokodil, Mexican magazine Proceso reported. Physicists Search The Internet For Time-Travellers. Scientists have revealed that they are searching the internet for evidence of time travellers. 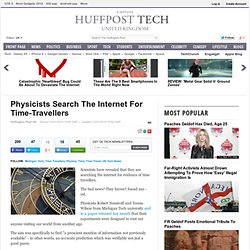 The bad news? They haven't found any - yet. Physicists Robert Nemiroff and Teresa Wilson from Michigan Tech university said in a paper released last month that their experiments were designed to root out anyone visiting our world from another age. What happens if authorities seize your laptop? 3 January 2014Last updated at 02:51 GMT By Tara McKelvey BBC News Magazine David Miranda (left) had his laptop seized by UK authorities - presumably because he is the partner of journalist Glenn Greenwald A federal judge in New York has ruled authorities can seize travellers' laptops at the border without citing a legal reason, suspecting the traveller of a crime, or explaining themselves in any way. 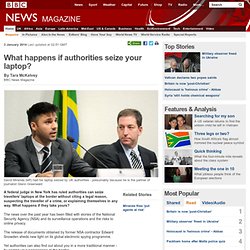 What happens if they take yours? The news over the past year has been filled with stories of the National Security Agency (NSA) and its surveillance operations and the risks to online privacy. The release of documents obtained by former NSA contractor Edward Snowden sheds new light on its global electronic spying programme.

Let's get the bastard!

Michigan 'Rape Insurance' Bill Passes Into Law. Michigan lawmakers passed a controversial measure on Wednesday that will ban all insurance plans in the state from covering abortion unless the woman's life is in danger. 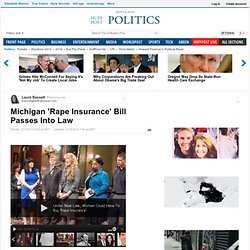 The law, which takes effect in March, will force women and employers to purchase a separate abortion rider if they would like the procedure covered, even in cases of rape and incest. Supporters of the "Abortion Insurance Opt-Out Act" argue that it allows people who are opposed to abortion to avoid paying into a plan that covers it. Opponents have nicknamed it the "rape insurance" initiative, because it would force some women to anticipate the possibility of being raped by purchasing the extra abortion insurance ahead of time. “This tells women who were raped … that they should have thought ahead and planned for it,” said Senate Minority Leader Gretchen Whitmer (D-East Lansing) during debates. “Make no mistake, this is anything but a citizens' initiative. How far can privatisation go? Perhaps the government itself could be outsourced. Mexico radiation scare: six suspects released from hospital.

Are they on dope?

Roger Casement: How did a hero come to be considered a traitor? 25 November 2013Last updated at 09:00 ET By Peter Crutchley BBC Knowledge & Learning In 1911, Roger Casement knelt before King George V and was knighted for his humanitarian work. 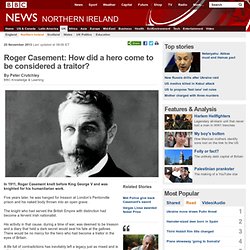 The country where exorcisms are on the rise. 25 November 2013Last updated at 19:10 ET By Vladimir Hernandez BBC Mundo Does God exist? 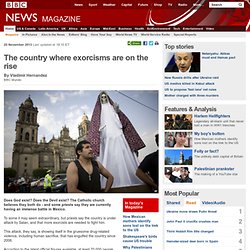 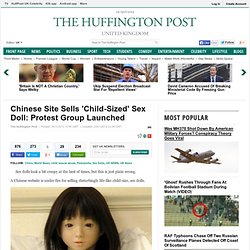 A Chinese website is under fire for selling disturbingly life-like child-size, sex dolls. The disturbing advert, spotted by an advocacy group on Facebook called Dining for Dignity, shows the model of a girl, who does not look much older than 9 or 10. Described as a “beautiful young girl sex doll for men,” the item costs $178 and is available to ship worldwide. Ming the clam was not the only really ancient living thing on Earth. Ming the clam, more than 500 years old at time of death. 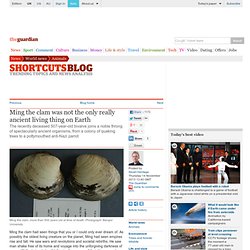 Related:  The Horror that We can somehow become   -  not just sciencefraud but primarily -conflict's of interests-   -  Crimes, My Dear Watson   -  Public Health   -  Thoughts & Opinions   -  Education   -  Enterprise