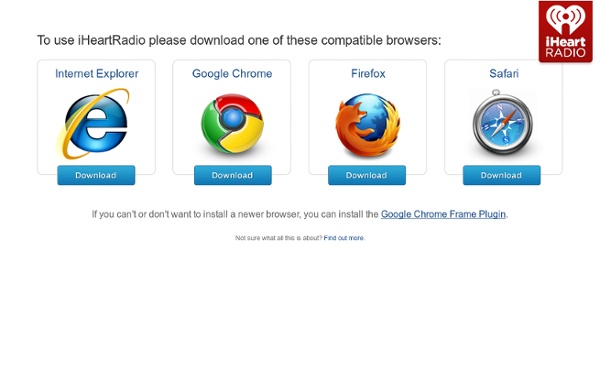 Bus Tracker Your official source for up-to-the-minute arrival info. Looking for the text-only/mobile version? Find it here. McNaughton Fine Art I would like to take a minute to explain some of the points of confusion for those who wish to interpret my picture. Each figure including Christ represents a symbol. Everything about the painting is . I don't pretend to know what Christ looks like. As I stated in my interview, I wanted to create an image that would instantly be recognizable as Jesus. Musicovery foobar2000 Micro Center - Computers, Electronics, Computer Parts, Networking, Gaming, Software, and more!

82 Earth-Shattering ZBrush Tutorials This is my most epic CGtuts+ Roundup to date! I got 82 ZBrush tutorials for all you Pixologic fanatics out there, so get ready and noobs and experts alike, cuz there is something for each and every one of you today! ZBrush Basics Series (30 Tutorials) In this HUGE 30 tutorial series, you will be able to get yourself up to speed in ZBrush.... and then you can think about tackling what is to come in the rest of this roundup. Making of Matrouk

Forbidden History This site is intended to be a central repository and discussion place for the numerous problematica and "Out-Of-Place" (OOP) artifacts that have been discovered. OOP artifacts are those items that, according to our tenets of evolutionary science and historical theory, simply should not exist; typically they are items too advanced for the level of civilization that we believe existed at the time, or items that indicate human presence far before humans were supposed to exist. I've tried hard to ensure all OOPs listed here are validated ones, as well as addressing common skeptic arguments. Note also that I [webmaster] am presenting them as is, without any sort of religious bias- I am not a creationist or particularly religious, so have no agenda in that aspect. I have tried to present all items impartially, with no agenda other than trying to find out the truth. What is extremely infuriating is the reaction of virtually all mainstream scientists.

Google Map Pedometer You can use online mapping tools to draw a walking route and automatically show the distance and incline. Some of these tools can also be paired with a phone app so you can take the routes along with you. Gmap Pedometer: This free online tool was one of the first to debut. You can join with a free account to save your routes. They have a handy Print button, but no integration with a phone app. MapMyWalk: I've linked with MapMyFitness since they debuted.

“Progressives” Never Change — Only Demand Change of Others About the author: David is executive director and founder of CEOs for Liberty, a private membership-only group for CEOs, business owners, and executives with a mission to enhance and protect American business exceptionalism. David founded CFL in 2011 given his concerns over what was happening to liberties and freedoms in America. David believes individual liberty, free-marke ... [read David M.