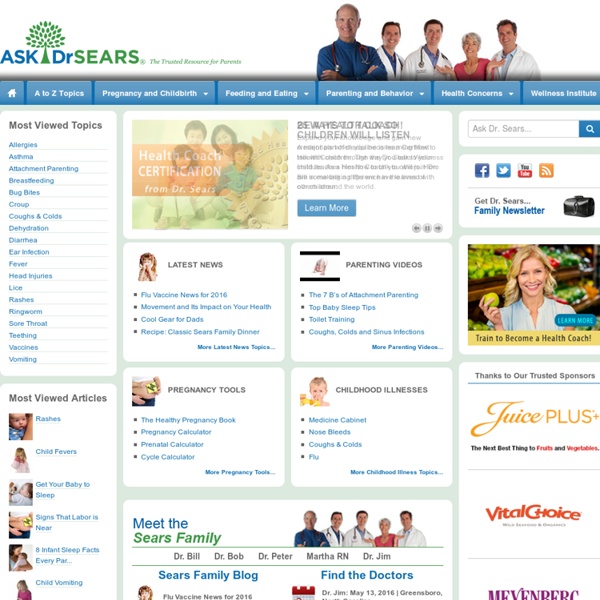 Mama Manifesto: mama musings I recently got to hear an amazing woman, Anne Ortlund, share her thoughts on navigating life well with a group of women. Anne is definitely in her "golden years", and I don't know about you, but when I have the opportunity to listen to someone share about living life well who has lived a lot of life, I lean forward and really listen. She had so many morsels of wisdom to give us. But one thing she talked about has really stuck with me. Soil solarization Solarization is a simple nonchemical technique that captures radiant heat energy from the sun. This energy causes physical, chemical, and biological changes in the soil. These changes lead to control or suppression of soilborne plant pathogens such as fungi, bacteria, nematodes, and pests along with weed seed and seedlings. How to Solarize Soil The area to be solarized should be level and free of debris and large clods. The soil should be watered if the soil is dry.

FUN AT HOME WITH KIDS Until I was a blogger, I honestly didn't know that that many kid activity blogs existed (prior to becoming a blogger, I did know about a few big blogs, like The Imagination Tree, The Artful Parent). Discovering all these new fabulous blogs and bloggers over the last four months inspired me to write a post profiling a set of them all at once. I hope you all will find it helpful and that it introduces you to several amazing blogs you didn't previously know about!

5 Hallmarks of Bad Parenting That Are Actually Good for Kids Anyone who grew up in the '80s knows that parenting used to be a whole other ball of wax. Allergies were rare, kids roamed the suburbs in roving bicycle gangs and unsupervised adventures were around every corner. Kids who grew up in the '90s couldn't leave the house without a speech on stranger danger and an extra dose of Flintstones vitamins, just in case. But it turns out there are some things that lazy/negligent parents kind of got right. Like ... #5. Play Phone The ideal application of preschool. With the sounds made by a child learning to teach more kids in the house, practice for a baby or a child age, preschool. The preschool is a fast learning time as we begin to prepare our children for aprendeer in kindergarten and at school in early childhood education.Studies attest that the first three years of their child will be the most important for intellectual development, for all this must acquire concepts and skills such as the alphabet, vowels, colors, numbers, animals, instruments and all based on learning entertaining and fun.The child who can identify letters, colors and numbers will be well prepared to learn how to pronounce and read. Besides the sounds, including a song, such as numbers or the alphabet, to learn that the little ones having fun. You'll enjoy watching your child learn, fun education in a practical, useful, playing.

Become an Herbalist at the East West School of Herbology with Michael and Lesley Tierra - East West School of Herbology - Come study with Michael Tierra Modern parenting may hinder brain development, research shows Social practices and cultural beliefs of modern life are preventing healthy brain and emotional development in children, according to an interdisciplinary body of research presented recently at a symposium at the University of Notre Dame. “Life outcomes for American youth are worsening, especially in comparison to 50 years ago,” says Darcia Narvaez, Notre Dame professor of psychology who specializes in moral development in children and how early life experiences can influence brain development. “Ill-advised practices and beliefs have become commonplace in our culture, such as the use of infant formula, the isolation of infants in their own rooms or the belief that responding too quickly to a fussing baby will ‘spoil’ it,” Narvaez says.