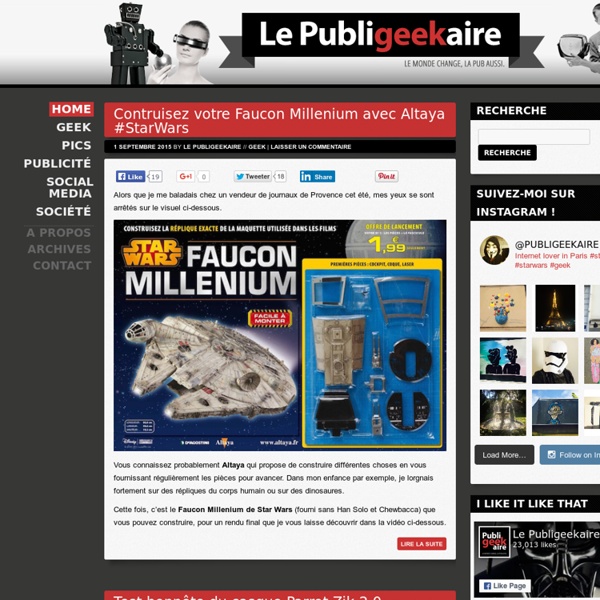 H&M's Next Fashion Collaboration is With a Blogger brand collaborators Posted by Shirley Brady on January 10, 2011 10:30 AM Swedish fashion retailer H&M's next fashion collaborator won't be a designer on the scale of Lanvin's Alber Elbaz, whose capsule collection was highly anticipated and quickly sold out — or a designer at all, for that matter. It's producing a limited collection by fellow Swede Elin Kling, who started blogging in 2007 and previewed the autumn/winter 2010 collections on H&M's website (above). She's now considered "Sweden's leading fashionista," according to The Telegraph. As something of a test for H&M, the collection will debut at H&M stores in Sweden only on Feb. 3rd (Kling offers a sneak peek here). 20 Logos We Love Thousands of logos compete for our attention every day. While we may not always consciously recognize their importance, when a change is made to the logo of a brand we love, collective protest is often the result. In a much-publicized case a couple of years ago, Gap unveiled a new logo that was widely maligned. More recently, the University of California introduced a logo that represented a stylistic shift from the previous traditional look; the gradient effect on the C quickly became the focus of criticism, even motivating several online petitions calling for a repeal. In both cases, the organizations buckled under public scrutiny and reverted to their original designs. Clearly we care about logos.

Sony Ericsson Mixes Tennis and Entertainment In ‘Xperia Hot Shots’ In March, Sony Ericsson will launch the ‘Xperia™ Hot Shots,’ an exciting new-format entertainment show to be streamed online and on mobile handsets. The series will follow the lives of six globetrotting, aspiring stars of the Women’s Tennis Association (WTA) as they strive to build their profile both on and off the court and gain a support deal with WTA sponsor and leading entertainment brand, Sony Ericsson. Photo: www.facebook.com/xperiahotshots ‘Xperia™ Hot Shots’ gives a behind-the-scenes look at the girl’s lives off-court and will offer an insight into the world of these players and their journey towards superstar status. Sony Ericsson will help the players to realize their dreams by giving them exclusive access to the worlds of music, film, gaming and fashion, allowing them to grow their online fan base, an all-important part of becoming a modern sporting icon.

Why Is Facebook Blue? The Science Behind Colors In Marketing Editor's Note: This is one of the most-read leadership articles of 2013. Click here to see the full list. Why is Facebook blue? According to The New Yorker, the reason is simple. It’s because Mark Zuckerberg is red-green color blind; blue is the color Mark can see the best. Not highly scientific, right? End of the line for Zara tsar who built a €9bn empire - News, Fashion There were no photo opportunities, no dramatic goodbyes or self-celebratory pomp. The 74-year-old billionaire – who shuns interviews, rarely appears in public and once even dodged a meeting with the Spanish crown prince – simply sent a brief note to his 98,000 employees stating that he would soon ask Inditex vice-president and CEO Pablo Isla to take his place at the helm of the textile empire that brought affordable catwalk copies to the style-craving masses. "Dear friends," he began. "Now is the moment, with great hope and responsibility, to propose that Pablo Isla be named executive president at the next board meeting."

Why Groupon's Super Bowl Ad Was So Offensive One of the world's most revered cultures and religious histories has been threatened with death and extinction in Tibet for decades at the hands of the authoritarian Chinese government; Groupon's Super Bowl advertisement about Tibet (below) was based on a joke drastically reducing the seriousness of that suffering. Not all hope is lost, the ad says, because at least there are still refugees that will cook discounted food for White people! Many people on Twitter reacted very negatively to the ad. Are People Really Upset About Missing Socks? Nah, It's a GE Campaign Musing about missing socks in the laundry hasn't been a fresh idea since Jerry Seinfeld tackled the subject in his stand-up days, but General Electric is giving the concept another spin for the social media age. The company recently launched a fake advocacy campaign called L.O.S.S., the Laundered and Orphaned Sock Society, replete with a dedicated website, some dryly humorous videos (see the latest, above) and, of course, Facebook and Twitter components. The digital effort is a roundabout plug for the company's new line of washers and dryers.

The SRCH Starts: Starbucks & Lady Gaga Team Up On Scavenger Hunt Starbucks starts a two-week scavenger hunt in partnership with Lady Gaga on Thursday. When customers scan QR codes on in-store banners, magnetic chalkboards and posters, they'll see the first of many clues in the coffee retailer's seven-round scavenger hunt. "SRCH by Starbucks featuring Lady Gaga," as the initiative is called, will start with the in-store QR code scan and take customers through a series of cerebral and digital clues.

Nestlé’s virtual shopping centres deliver real competitive advantage AISLES AHEAD: Nestlé is the only company in the United Kingdom to offer retailers strategic shopper insights in this state-of-the-art learning environment. Nestlé continues to gain competitive advantage in retailing with the official opening of a GBP 1 million (almost CHF 1.5 million) extension to its simulated shopping centre in the United Kingdom today. The Insight and Learning Centre, located in York, is one of a worldwide series of centres established by the Company to provide retailers with the strategic insight to optimise their sales while growing Nestlé’s range of products in stores. Combining leading consumer and shopper research with cutting edge digital technology, the centres are used to demonstrate how people behave when shopping and when using Nestlé products at home.