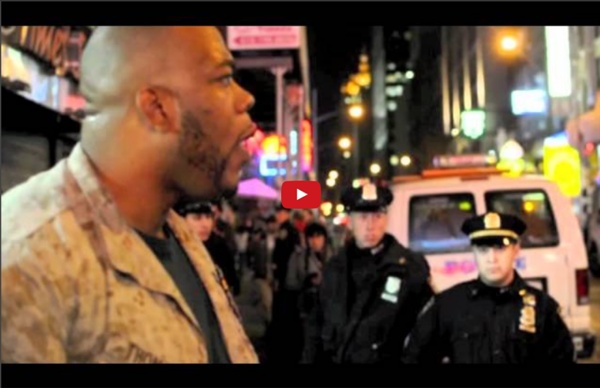 ‘Occupy’ Forms Alliance With Obama Lobby Group OWS protesters fear movement is being turned into a Democratic election campaign front Paul Joseph Watson Prison Planet.com Monday, October 10, 2011 The “official” Occupy Wall Street website has publicly formed an alliance with yet another Obama campaign front group, the New Jersey branch of the American Federation of Teachers, the parent organization of which spent $1.9 million on Obama’s 2008 election campaign. Fears that the OWS movement is being subverted by Democratic Party operatives will only be heightened after OccupyWallSt.org celebrated the fact that “AFT fully endorses Occupy Wall Street,” noting that the local chapter stood in “solidarity” with ‘Occupy’ demonstrators. The American Federation of Teachers financed Obama’s 2008 campaign to the tune of $1.9 million and has also recently offered its strong support for Obama’s “Jobs Plan,” which critics have pointed out will lead to higher taxes not for the super-rich, but for middle class Americans. A d v e r t i s e m e n t Sen.

Scott Olsen 'cannot talk' after injury at Occupy Oakland protest | World news Scott Olsen, the Iraq war veteran who was seriously injured by a police projectile during a protest in Oakland, has regained consciousness but "cannot talk". Olsen, 24, is communicating with friends and family at his bedside by writing notes, but his injury is believed to have damaged the speech centre of his brain, according to Keith Shannon, who served with Olsen in Iraq. Olsen is believed to have been injured by a police projectile. He was hit in the forehead in downtown Oakland on Tuesday evening, after marching with fellow demonstrators to protest the closure of an Occupy Oakland camp in the city. "He cannot talk right now, and that is because the fracture is right on the speech center of his brain," said Shannon. "However, they are expecting he will get that back." Shannon added that Olsen's "spelling is not near what it used to be". "The doctors expect that he will have a full recovery," said Shannon, who is due to visit Olsen on Friday afternoon.

On standing down from the Pastoral Team at St Paul's Cathedral Since the summer I've been a chaplain at St Paul's Cathedral, one of many London clergy who give half a day a month to being the priest available to the cathedral's visitors, and to leading prayers on the hour. It is has been immensely enjoyable and interesting to do. Given my relationship with the cathedral I've been closely following the events arising from the Occupy London protest which pitched camp in the cathedral precinct a fortnight ago. I can't stress how tiny a gnat I am in the scheme of things, so my decision is not even a blip on the radar compared to Giles Fraser's principled and courageous resignation. Dear Bishop Michael, I appreciate what a difficult couple of weeks the Dean and Chapter have had following the occupation of the cathedral precinct by protestors campaigning against corporate greed. It has therefore been disappointing to learn of today's announcement that St Paul's will instigate legal proceedings seeking the removal of the protestors. Fraser.

Marine Says Oakland Used Crowd Control Methods That Are Prohibited In War Zones wikipedia commons 40mm tear gas launcher As the events that led to Oakland protester Scott Olsen's head injury continue to unfold and investigations begin, we thought it important to offer some perspective. This comment is from a former Marine with special operations in crowd control. He points out that shooting canisters such as those that likely hit Scott Olsen is prohibited under rules of engagements in Iraq and Afghanistan. Before gas goes into a crowd shield bearers have to be making no progress moving a crowd or crowd must be assaulting the line. How did a cop who is supposed to have training on his weapon system accidentally SHOOT someone in the head with a 40mm gas canister? I'll be the first to admit a 40mm round is tricky to aim if you are inexperienced but anyone can tell the difference between aiming at head level and going for range. The person that pulled that trigger has no business being a cop. The Military manual states:…have a duty to collect and care for the wounded.

» Robin Hood Tax: Occupy Movement now marching straight into the globalist trap Alex Jones Patrick HenningsenInfowars.com October 25, 2011 It was inevitable that a movement which has struggled to agree on a manifesto, would in the end, do the bidding of the very elite globalist powers that they are demonstrating against to begin with. The Robin Hood Tax is an identical transaction-tax scam to the one proposed by globalists at the 2009 UN COP15 Climate Summit in Copenhagen. Instead of achieving freedom from Central Bank debt enslavement, naive Occupiers appear to have taken the bait, pulling the mob towards endorsing a global taxation system, and one to be administered… by a brand new global government body. The rallying cry for this globalist wet dream is coming directly from the supposed brain-child of the Occupy Movement, the globalist foundation-funded organization, Ad Busters, quietly shepherding its flock towards one of the biggest revenue spinning and control scams ever conceived. Reuters reported yesterday: OWS losing the plot Disengage with the financial system

The call to occupy Wall Street resonates around the world | Micah White and Kalle Lasn People protest during the 'Occupy Wall Street' rally at Bowling Green Plaza on 17 September. Photograph: Steven Greaves/Demotix/Corbis On Saturday 17 September, many of us watched in awe as 5,000 Americans descended on to the financial district of lower Manhattan, waved signs, unfurled banners, beat drums, chanted slogans and proceeded to walk towards the "financial Gomorrah" of the nation. Undeterred, protesters walked laps around the area before holding a people's assembly and setting up a semi-permanent protest encampment in a park on Liberty Street, a stone's throw from Wall Street and a block from the Federal Reserve Bank of New York. Three hundred spent the night, several hundred reinforcements arrived the next day and as we write this article, the encampment is rolling out sleeping bags once again. There is a shared feeling on the streets around the world that the global economy is a Ponzi scheme run by and for Big Finance. There is not just anger.

Observations of a Jailed Journalist | MetroFocus MetroFocus Web Editor John Farley, kneeling, was arrested while reporting on the Occupy Wall Street protest. Farley was working on a story about citizen journalism at the time. MetroFocus/Sam Lewis. On Sept. 24, while working on a story about citizen journalism for my employer, I found myself arrested, along with many other people. My arrest gave me a unique vantage point on the risks and rewards of citizen journalists, those non-professionals who capture stories (usually without pay) using videos and images via portable technology like a cell phone camera. Anyone, even a passerby or a police officer can be a citizen journalist. Here’s what happened. My colleague Sam Lewis and I had previously covered Occupy Wall Street, an ongoing demonstration against economic inequality, on the first day it began, Sept.17. When we first arrived on the scene, protesters were marching along the sidewalk in unison, chanting. However, the stream of protesters did disrupt traffic. Lumped me in indeed.

Occupy Vancouver death dooms protest camp - British Columbia The death of a woman taking part in the Occupy Vancouver protest at the city's art gallery has led the city's mayor to announce the protest movement's tent city will be cleared. "I have directed the city manager to expedite the appropriate steps to end the encampment as soon as possible with a safe resolution being absolutely critical to that," Mayor Gregor Robertson said Saturday night. Police said a woman in her 20s was found unresponsive inside a tent at the encampment at about 4:30 p.m. PT Saturday. Police talk to people at the scene. "Tragically, she could not be revived," Vancouver police Const. Police said the cause of death has not been determined and would not confirm reports the woman died of a drug overdose. However, Lauren Gill, an organizer at the camp, said that was apparently the case. Gill, who is running as an independent in this month's city elections, said that as an outreach worker in mental health and addiction services, she has seen far too many overdose deaths.

OWS is over - The Insiders Posted at 01:57 PM ET, 11/16/2011 Nov 16, 2011 06:57 PM EST TheWashingtonPost I think it’s safe to say the Occupy Wall Street experiment as a political force is over. Sorry, Carter, it was born a political zombie, and it only became more rancid over time. The left wing in America can’t resist rambling stoners, malcontents, and Grateful Dead camp followers. As everyone knows, zombies never really die, so it is possible the OWS movement will infest public space again. Perhaps OWS, in some form, played into a Democratic longing to create more of a political connection to some sector of the population. Other Americans who may be concerned about issues such as income inequality could not identify with OWS as a movement, particularly after observing increases in violence, disrespect of the police, disease outbreaks in the camps, and the lack of a coherent message.