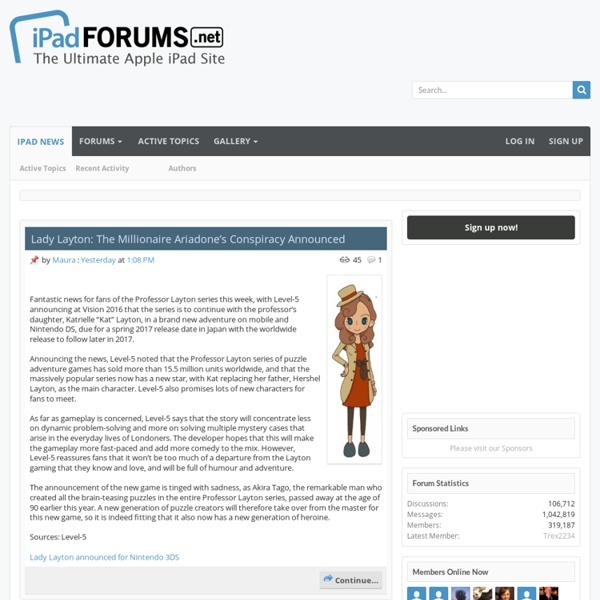 iPad Insight | iPad blog for app reviews, news, tips,how-tos 15 Amazing Apple’s iPad Apps You Should Know One secret to the success of the Apple iPhone is the tremendous number of quality apps available, and now, Apple iPad come. We asked What Will Be Your Primary Use If You Buy an iPad before, one of the answers probably would be it based which apps you could take. Now you can take over 1000 new apps made just for iPad on the Apple App Store, from games to education to productivity. And the developers will create more and more better iPad apps. I tried to create a list of 15 great iPad apps, hope you can enjoy them! 1Password for iPad($6.99) 1Password for iPad securely stores your important information and can automatically log you into websites with a single tap. 1Password is an extremely useful app for both the Mac and the iPhone, and now it’s available for the iPad too. BuzzVoice for iPad BuzzVoice Lets You LISTEN to the Web’s Top News & Blogs On-the-go! You can listen to current news & blogs while doing other things. iMockups for iPad($4.99) Instapaper Pro($4.99) Kindle(free) Yes, it’s free!

Cult of Mac | Breaking news for Apple fans How to Backup, Restore Apple iPad Some days back we mention about How to Setup Mail in iPad , How to Turn on off and reset iPad and Apple iPad Battery Saving Tips , So this time we are going to share one more tips which will help you to to Backup, Restore Apple iPad. Backing up your iPad Use the following steps to restore your device: 1. 2. 3. And if you want to restore the Backup than you have to Click Restore from Backup Restoring your iPad Facing some problem with ipad and want to restore it, than here is the tutorial. Whenever you restore your device, we recommends that you perform a Backup of your iPad first. 2. 3. 4. 5. 6. Back up 7. Restore 8. “Your iPad has been successfully restored…” The final step is to restore your device from a previous backup.

Mac Rumors: Apple Mac iOS Rumors and News You Care About planet iPad | the best Apple iPad information on the planet! Applediario - Noticias, tutoriales, aplicaciones y descargas gratis sobre iPhone, iPad, iOS y Mac. iPad as the ultimate photographers companion... - Mac Forums I was surprised at all of the post I read on various threads from folks who actually wanted to run PhotoShop on a 10 in screen. It' a challenge on a 15 or 17 and most of us have 20-30 in screens for this. Some posters even wanted to use it like a Wacom Cintiq for digital paint and such. The Cintiq is only an input device with a color LCD that mirrors the computer. PhotoShop will always be a power app, but you will see Elements and some sort of Aperture/Lightroom application for this device in the next five years. Storage and CPU power will be way up by then. As for my photography, I don't want to dump my photos in RAW to any device with a max of 64 GB storage. Since this is a forum people actually read, I don't care for the names of any of the current Apple products with the exception of Mac Pro, Mac Mini and the displays. There's a good market for this, don't get me wrong. Dale

AppleInsider | Apple news and rumors since 1997 Apple iPad Arrives: Great Tool for Photographers « David Saffir' Went to the Apple Store in Northridge to pick up my new iPad. The first thing I noticed (aside from the number of people) was that Apple had created TWO lines: one marked “Reserved” and the other for all other purchasers. Interesting. One of the people from the store walked down the line with a clipboard, checking in the “Reservistas”. Another handed out bottles of water to everyone. The Reservistas got to go inside first, in groups of 5 or so. Note that the other store displays for computers, iPods, and such were nearly deserted. Purchasing was painless – except for my wallet, of course. The iPad hardware works flawlessly. Movies play smoothly, and look great. The speaker is small. Note that not all computer USB ports carry enough voltage to recharge the iPad – including my not so new Macbook Pro. The iPad book reader is, in brief, a category killer. Apple says there’s thousands of books available, but I disagree. Syncing is done through iTunes. The Mail app is the best yet from Apple.

Review: Should Photographers Buy an iPad? | The Shutterstock Blo After spending a few days with our new iPad, we thought we'd share our thoughts about this curious little computer. Our first impression: Straight out of the box, the Apple iPad is the most elegant device for displaying pictures we've ever seen. If you're a photographer or someone who works with images professionally, consider getting one. We'll return to that in a minute, but first we should make it clear that the iPad is not a miracle tablet that does everything well. The iPad excels at delivering stuff that already exists—books, web pages, movies, photos, songs—but it is not a great tool for creating stuff. Do not think of the iPad as a replacement for a laptop. Using the device will be familiar to anyone who has used an iPhone or iPod Touch. Limitations aside, the iPad could become a useful tool in a digital photo studio. Photographers and designers might find that the iPad is a superior way to show off a portfolio than a traditional book of prints.

Blog: iPad Wallpaper Template for Photoshop The iPad has arrived, so let the design fun commence! Featured here is an iPad wallpaper template in Photoshop (PSD) format (download), allowing you to easily create & test your new background creations with minimal layer nightmares. The PSD is setup to let you view a single wallpaper layer (or layer group) in several common scenarios: As you can see, you'll need to take into account how the app icons, bottom dock, and lock screen UI will interplay with your wallpaper – while also throwing the orientation variable into the mix (horizontal or vertical). The coolest thing about this PSD template is that you can view a single wallpaper layer in four different iPad viewing scenarios – all with absolute minimum in layer visibility headaches. First, open the attached Photoshop template and paste/insert your 1024x1024 wallpaper image into the "Wallpapers" layer folder. Once your image is in place, make the "iPad" layer group visible again. Voila!