Panoguide: the guide to panoramas and panoramic photography 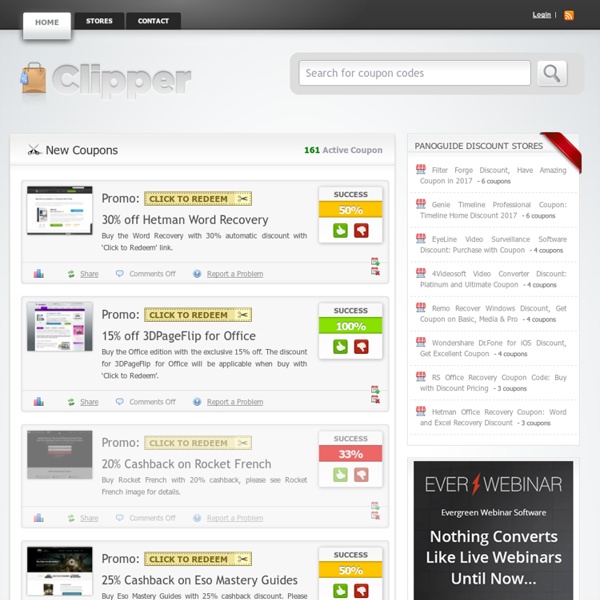 FINDING THE NO-PARALLAX POINT Hold up a pen in front of you, close one eye, and focus your attention on the background scene as you move your head sideways from left to right. The pen will be seen to move to the left, relative to the background. Like this: This apparent change in position of the near pen is an effect called parallax. It's plain to see that if you overlay these two photos to align corresponding features, you can either align the background features OR the pen. Panosaurus Tripod Head November 2006 Update: This first version of this review was written in 2004, when I tested the original Panosaurus. I've recently had the opportunity to test a newer, improved model of the Panosaurus and have updated this review as a result. Because the new and original models of the Panosaurus are so similar, I am adding to the original review by adding comments in this color, rather than rewriting it.

www.photomacrography.net Thanks Charlie. The seller has just informed me that he can't find the 34.5mm to Series VI adapter in his inventory even though he had 3 listed, so that has fizzled out. Looks like I will have to have one made as I can't seem to find one available anywhere. Creating Panoramas with PTGui and Panotools We will now create a panorama by using 5 photos, shot handheld in portrait mode. If you want to follow the tutorial by using my example pictures, you can download them here (1.8 MB) and extract them to a folder called "C:\tutorial". In comparison to the previous versions of PTGui, Ver. 5 has tons of new features - one of them is a very helpful Assistant which we will heavily use for creating our panorama. Before we start for the first time, we have to define some helper applications - at least an image viewer to be able to preview our stitching results. Go to the menu "Tools" - "Options" and select the tab "Directories & Files". Define the correct path to your installed viewer application(s) as shown below: You may also want to configure your plugins if you plan to use them.

Nodal Ninja Tripod Head As interest in creating panoramic and stitched digital images has grown, so has the recognition that the difference between producing an OK result and an excellent result often comes from choosing the right equipment. Cameras and software programs get the most attention, but equally important is the choice of a panoramic tripod head. While it is possible to create panoramic and stitched images without a panoramic tripod head, the results are much more consistent when using one.

World Wonders Project Loading Explore stories from around the world Circular forms. Sun and Moon by Robert Delaunay Panorama Tutorials-Home The links to the left details my experience and methodology over the last ten years taking and creating interactive panoramic photographs. My camera and equipment has been changed during this period as digital SLR cameras have evolved. My current setup is here: Photos of the World Tip: Link your Panoramio account with your Google+ account to automatically copy your photos to the Google Album Archive and continue to share your work in Google Maps. Back in 2014, we announced our intention to retire Panoramio in order to invest our efforts into improving photo-sharing experiences directly inside Google Maps. In response to your feedback, we postponed these plans and worked to add features to Maps that better support the level of engagement that you have enjoyed with Panoramio. Today, with photo upload tools in Google Maps and our Local Guides program, we are providing easy ways for you to share your photos with an active and growing community. As such, we’ve decided to move forward with closing down Panoramio. To make this transition easier, we’ll provide several options to continue sharing photos through other services.

Creating spherical panoramas Spherical panoramas (see types of panoramas1) are increasingly popular with VR photographers (both professional and amateur), and they can be more challenging to produce. Some companies used to claim that there is something extra special about being able to look vertically up and down and they would also have you believe that their technology is the only way of achieving this. That is not the case. To achieve the required 180 degree vertical field-of-view, you have these choices: Use an ultra-wide angle fisheye lens that allows you to capture at least 180 degrees vertically Shoot more than one row of pictures Use a 14 or 15mm wide angle lens in such a way that you can add "up" and "down" shots The last two options above are really the same thing - just because you shoot more than one row of images does not mean each row has to have the same number of images.

Panorama Stitching Basics In the age of the digital image, panoramic photography is a technique of shooting multiple images of a single scene and combining them to form a single image with a wide field of view, from a relatively narrow capture of two to three frames along a horizontal to a deep zoom image composed of 30 frames, encompassing far more then the human eye’s natural field of view. Panoramic images are distinguished from wide angle images by their aspect ratio. An image photographed with a wide angle lens may show a wide field of view (even 180º or more), but contain it within a standard 1:1.33 aspect ratio.

Panorama Pictures QuickTime VR Apple's QuickTime VR is a file format that enables 360-degree "virtual reality" view. You can look around 360 degrees by dragging the mouse in the QuickTime Player or the browser window. Scrolling Panorama I first saw the scrolling panorama images at Night View of Seto that was developed by a person by the name of M. Murakami. Tips & Tricks FAQ What kind of camera will I need? A digital SLR camera with interchangeable lenses is the ideal solution, but almost any camera will work if you can lock the aperture, lock the focus, and lock the white balance. Ultimately, you get what you pay for. Digital SLRs generally have more options for white balance, mirror lockup, etc… the more choices, the better! If you want a camera with the most convenient HDR shooting setup, choose a camera that has an auto-bracketing (AEB) option. Click here for a good list of cameras that have auto-bracketing (3 shots are common, but 5 or 7 is better) It also depends on how many HDRs you will be shooting and for what purpose?