The Science of Empathy 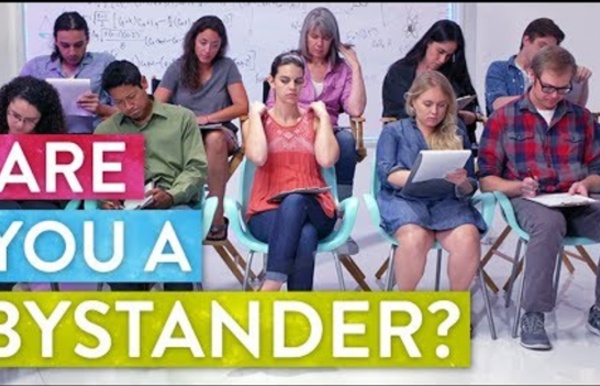 Kitty Genovese (1964) The Kitty Genovese murder in Queens, New York, in 1964 is one of the most famous murder cases to come out of New York City and into the national spotlight. What propelled it wasn’t the crime or the investigation, but the press coverage that alleged the murder had many witnesses who refused to come to the Kitty Genovese’s defense. This has been disproved over time, but not before it became part of the accepted lore of the crime. Kitty Genovese was returning from work home at around 2:30 a.m. on March 13, 1964, when she was approached by a man with a knife.

Diffusion of Responsibility - Ethics Unwrapped Diffusion of responsibility occurs when people who need to make a decision wait for someone else to act instead. The more people involved, the more likely it is that each person will do nothing, believing someone else from the group will probably respond. Psychologists John Darley and Bibb Latané set up an experiment where a distress call made it appear that a person nearby had suffered an injury. When subjects heard the cry, and thought they were the only ones who heard it, 85% of them helped. But if subjects thought there was another person who heard the call too, only 62% helped. Understanding the Bystander Effect If you witnessed an emergency happening right before your eyes, you would certainly take some sort of action to help the person in trouble, right? While we might all like to believe that this is true, psychologists suggest that whether or not you intervene might depend upon the number of other witnesses present. What Is the Bystander Effect? The term bystander effect refers to the phenomenon in which the greater the number of people present, the less likely people are to help a person in distress.

How The Murder Of Kitty Genovese Created The Bystander Effect Wikimedia CommonsKitty Genovese whose muder would inspire the psychological phenomenon known as the bystander effect. At approximately 3:15 a.m. on March 13, 1964, a woman was murdered. Her name was Kitty Genovese. She was 28 years old, “self-assured beyond her years,” and had a “sunny disposition.” However, on that Friday evening, none of that mattered. How to Overcome the Bystander Effect Psychologists have long been interested in exactly why and when we help other people. There has also been a tremendous amount of interest in the reasons why we sometimes don't help others. The bystander effect is a social phenomenon that occurs when people fail to help those in need due to the presence of other people. In many cases, people feel that since there are other people around, surely someone else will leap into action.1 While the bystander effect can have a negative impact on prosocial behavior, altruism and heroism, researchers have identified a number of different factors that can help people overcome this tendency and increase the likelihood that they will engage in helping behaviors.2 Some of these include:

The Three D’s of D.O.T Intervention: Direct, Distract, and Delegate You may be wondering about how you can intervene if you see an incidence of violence happening or a situation has the potential for violence? You may have concerns for your own safety and welfare or perhaps being confrontational is not part of who you are. Part of the Green Dot philosophy is teaching bystanders how to intervene in a manner that is comfortable for them.Direct: A direct intervention is exactly as it says; a bystander confronts a situation him or herself. The Bystander Effect: Reactions and Causes - PSYCHROD Bystander Effect: Reactions and Causes The bystander effect is an element of social psychology that implies that when the number of bystanders is increased in an emergency situation, the less likely any of the bystanders will aid, or assist in the situation (Aronson, Wilson, & Akert, 2013). The bystander effect is one of the most significant well established social psychology findings, which manifested in the late 1960’s (Levine & Crowther, 2013). The cause for social psychologist to begin to study how bystanders react during emergency situations, was due to Kitty Genovese being attacked and murdered in front of her Queens, New York apartment in 1964 (Aronson et al., 2013). Kitty’s unfortunate attack lasted nearly 45 minutes and was witnessed by nearly 38 residents who did not assist by calling police, or trying to stop her attacker (Aronson et al., 2013).

Bystander effect: Famous psychology result could be completely wrong By Grace Browne SolStock/Getty If you were being attacked, would anyone stop to help you? A famous result in psychology known as the bystander effect says probably not, but now a review of real-life violent situations says this commonly held view may be wrong.

The Bystander Effect tested on a group of 10, 5 and 1 person. The result shows that the larger the group, the longer it takes for subject to offer help, as subject observe and see others would offer helpbefore they response. by priciliachan Sep 20

The Bystander Effect tested on a subject in a group or a subject alone. When the subject is alone and sees the man struggling to set up, they almost immediately offered help even though they have their own task at hand. But when they are in a group, some hesitation is observed before they decided to help. by vrncchin Sep 20

An experiment done to showcase the bystander effect. In summary, Bystander effect can be caused by the "Diffusion of responsibility" – when a crime or emergency or someone appears to need help, one might think that others may intervene and help and hence does not offer any form of help. by dawnyap Sep 17

This video has provided its audience with a platform to comprehend the bystander effects. It supports the different views of individuals' perspectives. A bystander effect is when a group would unlikely render help thinking that someone else would. The experiment was conducted in a group of 10, 5 and followed by being alone. It was timed and observed how long they took to help the host as he struggled with the setting up the tent alone. A Group of 10 took 8 minutes and 1 second, a group of 5 took 7 minutes and 25 seconds and when alone, individual took 3 minutes and 19 seconds. I am surprised to see that being alone would render help much faster than in groups. As in groups, help among friends/ colleagues/ family members can support each other to help the situation. by amandang005 Sep 14

Bystander personality transformed them into Upstander. by sainiaris Mar 25