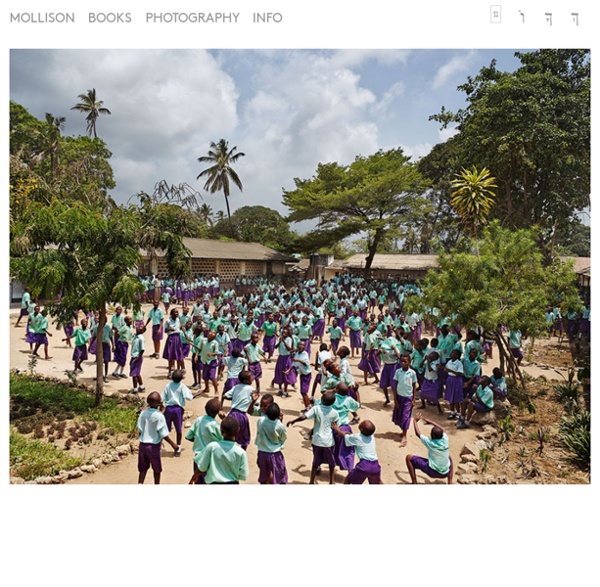 The Marlboro Marine An Enhanced Photo graced many frontpages For over a century, cigarettes were not just icons of cultural sophistication, sexual attraction, freedom and youth; they were sources of comfort and reassurance to many — especially to those that the front. During the First World War, sheer boredom and anxiety of the trenches was soothed, to some extent, by cigarette smoking.

untitled Home Donate New Search Gallery How-To Books Links Workshops About Contact Is Film Going Away? © 2010 KenRockwell.com. All rights reserved. French Translation It helps me keep adding to this site when you use these links to Adorama, Amazon, B&H, Calumet, Ritz, J&R and eBay to get your goodies. Start teaching lexically in 2013 Many readers of this blog have read my rants about badly designed coursebook or digital activities and heard me moan about preoccupation with single words in ELT. This has probably left you wondering what kind of approach to teaching I actually believe in. This post describes the main principles of lexical teaching. The term "teaching lexically" was coined, I believe, by Hugh Dellar and Andrew Walkley, coursebook writers (Innovations, Outcomes) and teacher trainers (University of Westminster), who have proudly taken over from retired Michael Lewis as torch bearers of the Lexical approach.

President Obama Meets Civil Rights Icon Ruby Bridges William Allman July 15, 2011 06:54 PM EDT Watch the video of President Obama and Ruby Bridges here. When Ruby Bridges visited the Oval Office on July 15, President Obama told her, "I think it's fair to say that if it wasn't for you guys, I wouldn't be here today." November 14, 2010 marked the 50th anniversary of six-year-old Ruby's history-changing walk to the William Franz Public School in New Orleans as part of court-ordered integration in 1960. The Forgotten Lens Why You Should Ditch That Zoom for a Classic 50mm "Normal" Lens Note: this article was originally written for film shooters and is also applicable to "full frame" digital camera owners. For thoughts on lens choice for small-format digital SLRs, see "What If I Have A Digital SLR?", below. So there you are, the proud parents of a beautiful new baby, and you can hardly contain your excitement as you unwrap that new 35mm camera kit you bought to document your child's early years.

Photography by Dave Engledow Dave Engledow joined 3 years ago, has been awarded 4 featured photos, was published in Fotoblur Magazine, has 1,006 followers, follows 320 other members, received 409,748 profile views, promoted 4,532 photos, and submitted 378 photos. Although I received a degree in photojournalism from the University of Texas at Austin, most of my professional life has been dedicated to progressive politics and workers' rights. I have never pursued any sort of career in photography, although I have had a small number of gallery exhibitions and scattered publication. I am relatively new to the world of digital photography--I was inspired to purchase my first DSLR about a year and half ago, upon learning that my wife was pregnant with our first child.

American Girl in Italy It is almost a cliché to say that when Jinx walked across a different world when she traversed the Piazza della Republica in Florence on that August day exactly sixty years ago. But that world was truly different — in a sense, unfathomably different — to someone born in the 1980s. Even today, after all advances in modern communications, online bookings and airtravel, travelling alone can be daunting. But imagine doing exactly that sixty years ago, when the world was a more intolerant place — which was what Jinx and her photographer did. Marina Abramović Made Me Cry Marina Abramović Made Me Cry Photographs by Marco Anelli. From the book: PORTRAITS IN THE PRESENCE OF MARINA ABRAMOVIC (Marco Anelli © 2010) Portraits taken during the MoMA's exhibit of performance artist "Marina Abramović: The Artist Is Present". Abramović sits at a table in silence, and museum guests can sit across from her and stare. Some people couldn't handle the heat.

IP Picture of the Year: Finding Osama Iconic Photos’ Picture of the Year goes to the photo taken during forty most intense minutes of the Obama White House. Due to the lack of images of bin Laden’s graphic death, the above photo of President Obama and his National Security Team inside the Situation Room, taken during the raid on Osama bin Laden’s compound, immediately became a photographic “icon”. It drew 1.6 million views in 38 hours on Flickr — making it one of the website’s most popular photos ever. (1) deeply Catholic Vice President Biden is fiddling with rosary beads (hidden by the laptop); Biden previously urged the president to focus more on Pakistan and use more drone attacks there.

The Wonderful World of Albert Kahn by David Okuefuna - books from rBooks.co.uk Synopsis In 1909 the millionaire French banker and philanthropist Albert Kahn embarked on an ambitious project to create a colour photographic record of, and for, the peoples of the world. As an idealist and an internationalist, Kahn believed that he could use the new Autochrome process, the world's first user-friendly, true-colour photographic system, to promote cross-cultural peace and understanding. Until recently, Kahn's huge collection of 72,000 Autochromes remained relatively unheard of. Now, a century after he launched his project, this photography book and the BBC TV series it accompanies are bringing these dazzling historical photos to a mass audience for the first time and putting colour into what we tend to think of as an entirely monochrome age.

Superb photos highlighting the disparity between chocolate consumers and producers. by escouve Jun 20