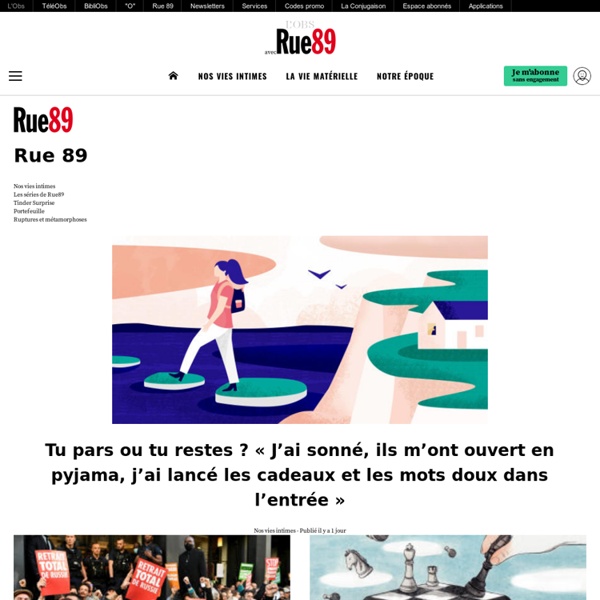 CEO-to-worker pay gap is obscene; want to know how obscene? Nothing seems to get U.S. corporations' dander up like a threat to the pay and perks of their chief executives. That's one explanation for corporate America's superheated, turbocharged, over-the-top reaction to the CEO pay ratio rule recently proposed by the Securities and Exchange Commission. The rule requires most large public companies to calculate the ratio of the pay of their chief executive officer to the median pay of all their employees. Its general terms were mandated by the Dodd-Frank Act, which imposed numerous regulatory changes on corporate and banking behavior in the wake of the 2008 financial meltdown. Congress, however, asked the SEC to figure out how to put it into practice. The SEC voted in September to open its proposed version to comments from supporters and opponents for 60 days.

Why The Military Knows Israel Did 9/11 - HD VideoZ Dr. Alan Sabrosky, former Director of Studies at the U.S. Army War College, on audio. agence de prospective et innovation En cours de réactualisation avec la collaboration de Marie-Laure De Langhe, experte en arts de vivres et tendances air du temps justes et durables. Maryline Passini is the founder and Managing Director of the operational and sensory prospective agency, Proâme, which includes a network of transdisciplinary experts, creators and artists. Operational, sensitive prospective trends enhance vision and inspire and extend brand imagery by detecting and linking up real trends. What’s most important is that these trends are then translated into innovation triggers, before being turned into unique, breakaway concepts and finally sublimed by words and aesthetics. The challenge is to see, imagine and create accurately, viably, durably, desirably and with singularity so that everything becomes obvious.

Astronomers discover star racing around black hole at Milky Way center UCLA astronomers report the discovery of a remarkable star that orbits the enormous black hole at the center of our Milky Way galaxy in a blistering 11-and-a-half years—the shortest known orbit of any star near this black hole. The star, known as S0-102, may help astronomers discover whether Albert Einstein was right in his fundamental prediction of how black holes warp space and time, said research co-author Andrea Ghez, leader of the discovery team and a UCLA professor of physics and astronomy who holds the Lauren B. Leichtman and Arthur E. Levine Chair in Astrophysics. The research is published Oct. 5 in the journal Science. Before this discovery, astronomers knew of only one star with a very short orbit near the black hole: S0-2, which Ghez used to call her "favorite star" and whose orbit is 16 years.

Official Blog of the Public Library Association I’m home again after a very interesting session about building a National Digital Public Library at the Los Angeles Public Library and I’d like to recap it while offering a few of my own opinions for the readers. Public librarians reading this post: a national digital library movement is most certainly underway, and quite frankly I think it may be the only thing that will prevent our libraries as we know them from simply fading from relevance. I’m aware that my opinions on these matters may be a bit controversial for those libraries and librarians kicking back out there, those that believe providing access to books for public consumption will remain a useful, supported service that your community will tax themselves to keep around.

Rich-Get-Richer Effect Observed in BitCoin Digital Currency Network In January 2009, a small group of Internet enthusiasts began an unusual economic experiment when they began to trade a new type of digital cash known as BitCoin. After a shaky start, the idea caught on and grew rapidly after 2011. Today, bitcoins can buy a wider range of goods and services. Kuala Lumpur War Crimes Commission The Kuala Lumpur War Crimes Commission (KLWCT), also known as the Kuala Lumpur War Crimes Tribunal, is a Malaysian organisation established in 2007 by Mahathir Mohamad to investigate war crimes.[1][2] The KLWCC was instigated as an alternative to the International Criminal Court in The Hague, which Mahathir accused of bias in its selection of cases to cover.[3] Governance[edit] The governance body of the KLWCT was established to oversee and investigate complaints from victims of wars and armed conflict in relation to crimes against peace, war crimes, crimes against humanity and other like offences as recognized under International Law.[4] Members of the governance body include: Convictions invoking universal jurisdiction[edit] In November 2011 the tribunal purportedly exercised universal jurisdiction to try in absentia former US President George W. Legitimacy of the tribunal[edit]

Timeline of the far future First, we brought you a prediction of the forthcoming year. Then we brought you a timeline of the near future, revealing what could happen up to around 100 years time. But here’s our most ambitious set of predictions yet – from what could happen in one thousand years time to one hundred quintillion years (that’s 100,000,000,000,000,000,000 years). As the song says, there may be trouble ahead... To see more of our infographics, click here. The Astrophysicist’s Alphabet “When I was having that alphabet soup, I never thought that it would pay off.” -Vanna White Ever want an A-to-Z illustrated alphabet of astrophysics? Planned Obsolescence: Publishing, Technology, and the Future of the Academy Alessandra Tosi on a must-read for the massed ranks who fret about the future of the humanities At a time of great uncertainty about the future of the humanities, this informed and stimulating book buzzes with excitement for the opportunities that digital technology can offer to humanities researchers. Considering all aspects of the academic process, from authoring to the nature of text and from referring to dissemination and engagement with readers, Planned Obsolescence enthuses about digital technology's potential to reconnect humanities research with broader social debates, policymakers and general readers. But it also carries a stark warning: do nothing and our disciplines will cease to be relevant. Kathleen Fitzpatrick is not targeting the technophiles already fully converted to the digital cause, but those of us who care about the humanities, fret about the present state and future of our disciplines and wonder what can be done. The Author

Rich Man Calls Rising Income Inequality 'Fantastic' One Canadian entrepreneur couldn't have been more excited to learn that the 85 richest people on Earth are now worth as much half the world's population. "It’s fantastic," said Canadian millionaire Kevin O’Leary on his own Canadian news show the “The Lang & O’Leary Exchange.” “This is a great thing because it inspires everybody, gets them motivation to look up to the one percent and say, ‘I want to become one of those people, I’m going to fight hard to get up to the top,’ " said O'Leary, who's been dubbed Canada's Donald Trump and is also an investor in the reality show Shark Tank. “This is fantastic news and of course I’m going to applaud it,” O’Leary went on to say Monday, on the record, in front of television cameras that were recording him. “What can be wrong with this?”

The Falling Man Do you remember this photograph? In the United States, people have taken pains to banish it from the record of September 11, 2001. The story behind it, though, and the search for the man pictured in it, are our most intimate connection to the horror of that day. Welcome to Post Capitalism (plus 5 layers of Corporate Transformation) The post is also available in Italian here. The Zero Marginal Cost Society In the last few days a number of, more or less enjoyable, articles introducing the latest book by Jeremy Rifkin, released earlier in March, saw the light on all the most important online newspapers worldwide. In his latest book called “The Zero Marginal Cost Society” the well-known American author recounts his vision: the eclipse of capitalism is coming soon and will be in favor of a completely new model that he dubs “the Collaborative Commons”.