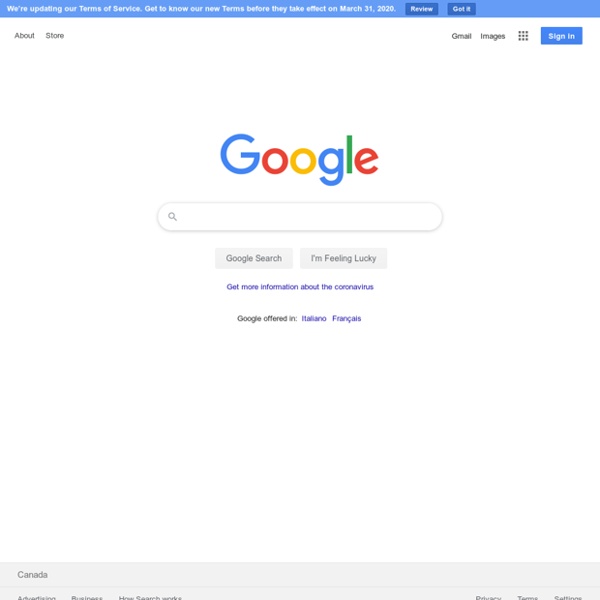 Atelier NL › Polderceramics Polderceramics2008 | project Drawn from Clay-Noordoostpolder Artists have long explored the significance of ‘place’ – as a site of history and identity; as a dynamic process in constant flux; and as a politically charged way to both challenge and contextualise the world. For Atelier NL, the Eindhoven-based design studio of Lonny van Ryswyck and Nadine Sterk, the place in question was the Noordoostpolder region of central Netherlands. At the invitation of Jurgen Bey and Rianne Makkink the designers took up residence in the area to better study the social and agricultural nuances of the region. The overriding principal behind the series was to keep the symbiosis between object and origin as pure and integral as possible.

10 Signs We Live in a False Economy It’s time to admit that we live in a false economy. Smoke and mirrors are used to make us believe the economy is real, but it’s all an elaborate illusion. Out of one side of the establishment’s mouth we hear excitement about “green shoots”, and out of the other side comes breathless warnings of fiscal cliffs and the urgent need for unlimited bailouts by the Fed. We hear the people begging for jobs and the politicians promising them, but politicians can’t create jobs. We see people camped out to buy stuff on Black Friday indicating the consumer economy is seemingly thriving, only to find out everything was bought on credit.

The Wall (book) The Wall (French: Le Mur) by Jean-Paul Sartre, a collection of short stories published in 1939 containing the eponymous story "The Wall," is considered one of the author's greatest existentialist works of fiction. Sartre dedicated the book to his companion Olga Kosakiewicz, a former student of Simone de Beauvoir. The eponymous story coldly depicts a situation in which prisoners are condemned to death. Wave - Communicate and collaborate in real time As we announced in August 2010, we are not continuing active development of Google Wave as a stand-alone product. Google Wave will be shut down in April 2012. This page details the implication of the turn down process for Google Wave.

David R. Heffelfinger's Ensode.net - Free PDF Unlock Online Utility (Beta) Some PDF documents prevent the user from copying and pasting or printing it's contents. This sometimes presents a problem since the author of the PDF might have used a font that is not available in the sytem trying to read it. This page contains a free online utility that allows you to upload a PDF, once uploaded, a version of the PDF without printing or copying/pasting restrictions is displayed in a new browser window. To unlock a PDF file, enter it's location in the "PDF file to unlock" field, by either typing it in the field or clicking on the "browse" button, then navigating to it's location. The unlocked version of the PDF will be displayed in a new browser window, opened in the default PDF application for your system (usually Adobe Acrobat Reader)

Oven to Table We're all about collections over at Provisions -- so following that lead, we'll be making recipe collections to go alongside those that are in Provisions. Because recipes want to be together, too. Today: When it's time to make your favorite comfort food, we'll get you from the oven to the table faster. We're about to hit that stretch of the year when we want everything we eat to be steaming hot, to stick to our ribs, to fill our houses with delicious aromas as we patiently wait for whatever we're baking, roasting, or braising to finish up. Over at Provisions, we've pulled together a collection that'll take you from oven to table seamlessly. Think sturdy pots that double as beautiful serveware, handcrafted trivets, and gorgeous serving spoons.

Economists forecast the end of growth The last few weeks has seen bad news for the global economy, with the US and Europe facing growth slowdowns, and even much vaunted economic powerhouses Brazil, Russia, India and China faltering unexpectedly. While mainstream economists continue to predict an ongoing 'recovery', other leading experts point to the end of growth as we know it for the foreseeable future. Earlier this month, the International Monetary Fund (IMF) slashed its quarterly forecasts for global GDP growth from 3.3% to 3.1%, and revised down growth estimates for other major powers. Jean-Paul Sartre (1905–1980): Nausea Summary The main character in the novel Nausea is Antoine Roquentin, a historian who has retired to a small, depressing village called Bouville. The novel is made up of Roquentin’s journal entries from 1932, in which he records his ever-intensifying struggle to understand the sickening anguish that overwhelms him as he observes the world and questions its meaning.

How To Use Google Buzz. If you’re a GMail user you’ve no doubt come across a brand new section of your email called Buzz. Buzz is Google’s new social network and it’s already created a stir. There have been concerns over privacy but all in all, the reaction has been very largely positive. FREE PDF Tools to Merge, Split, Encrypt, Rotate, Crop, Header, Watermark, Image to PDF, PDF to Image... PDFill PDF Tools are FREE PDF functions to merge, split, reorder, delete, encrypt, decrypt, rotate, crop and reformat PDF pages, to add information, header, footer and watermark, to convert images to PDF, PDF to images or PostScript to PDF, to delete, flatten and list form fields, to scan to pdf, to create transparent image, and more. No watermarks! FREE for Personal or Commercial use! FREE distribution! The following table explains each free function. Please click each item to see the details.

Kitchen addition Jasper Morrison has designed a range of kitchenware that brings everyday pleasure to chefs and diners alike. Morrison collaborated with Oigen, a Japanese cast iron manufacturer that has been producing objects for 160 years, to create the Oigen Palma kitchenware collection. The collection comprises table pots and pans, a kettle and a condiment server, which combine the skills and tradition of Oigen’s cast iron techniques with Morrison’s refined and characterful shapes. The Oigen Palma collection was shown in the United Kingdom for the first time at the 2013 London Design Festival. Ultra-Thin Solar Cells 1000 Times More Powerful Than Conventional PV Per Pound Such extremely thin and lightweight solar cells have the potential to greatly surpass “any substance other than reactor-grade uranium” with regard to the energy produced per pound of material. According to the researchers, such solar cells could be created by utilizing stacked sheets of one-molecule-thick materials such as graphene or molybdenum disulfide. The new approach “pushes towards the ultimate power conversion possible from a material” with regard to solar energy,” according to Jeffrey Grossman, the Carl Richard Soderberg Associate Professor of Power Engineering at MIT, and senior author of the new study. The researchers say that even utilizing just a single bilayer of two-dimensional materials — such as graphene, molybdenum disulfide, molybdenum diselenide, etc — it’s possible to create solar cells with efficiencies of 1-2%.

The Wall The Wall: Sartre’s Metaphysical Trap When ‘‘The Wall’’ was first published in La Nouvelle Revue Francaise in 1937, it introduced Sartre to the French literary world. According to one scholar, Sartre’s publisher arranged the publication because he wanted to see if the public would favorably receive a novel Sartre had written, Nausea . The public, in fact, embraced both of these works, which quickly established Sartre’s literary reputation.