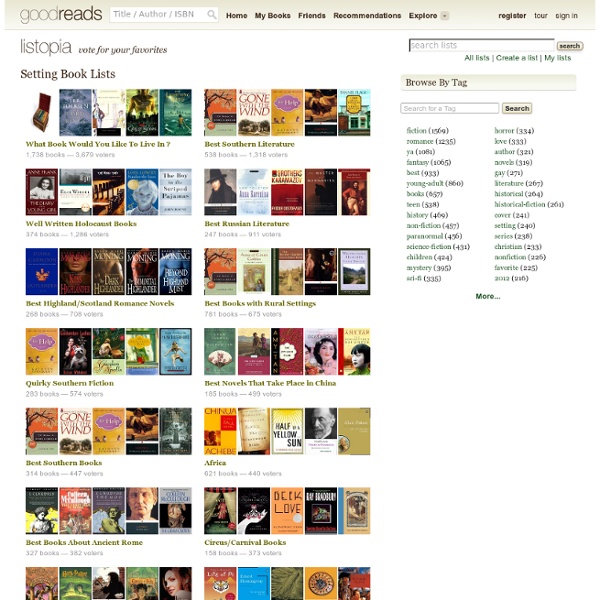 The 16 Best Dystopian Books Of All Time Dystopian novelsâ€”stories of the horrific futureâ€”are so common as to be almost forgettable. Here is a compilation of what I believe are the 16 greatest of the genre. I could happily list twice as many that are amazing, but these are the best. From the post-apocalyptic wasteland to deadly viruses to social malaise, all possible bad futures end here. 16. Creative Writing Exercises for Cra No matter what stage you're at with your writing, it's always beneficial to work on craft and technique. These creative writing exercises target common problems and weaknesses. Switch Point of View Both first person and third person have their strengths and weaknesses; what works for one story may not work for another. This creative writing exercise will help you observe the effect of writing in the point of view that's less familiar to you.

Ten rules for writing fiction Elmore Leonard: Using adverbs is a mortal sin 1 Never open a book with weather. If it's only to create atmosphere, and not a charac­ter's reaction to the weather, you don't want to go on too long. A San Diego food blog sharing restaurant reviews and recipes Wednesday, June 1, 2011 I love lava cakes. For a while now I’ve had this idea playing in my mind to create lava cookies. I tried making nutella lava cookies before, but they didn’t come out exactly as I’d hoped, so I wanted to attempt it again.

7 Books We Lost to History That Would Have Changed the World The vast majority of the knowledge humans have assembled over the centuries, has been lost. The world's geniuses either kept their revelations to themselves and then died, or else they put it down on paper which has long since rotted or burned or been used to line some parakeet's cage. Obviously we'll never know what great books have been lost to time, but we have clues on some of them, and what those clues tell us is mind-boggling, and a little bit depressing. If you could make a library out of just books that didn't survive, you'd have a collection of some of the best freaking books ever written.

The 100 Best Books of All Time Many publishers have lists of 100 best books, defined by their own criteria. This article enumerates some lists of "100 best" books for which there are fuller articles. Among them, Science Fiction: The 100 Best Novels (Xanadu, 1985) and Modern Fantasy: The 100 Best Novels (Grafton, 1988) are collections of 100 short essays by a single author, David Pringle, with moderately long critical introductory chapters also by Pringle. For publisher Xanadu, Science Fiction was the first of four "100 Best" books published from 1985 to 1988.

Writing Writing Even the best writers sometime need a little stimulation, if only for practice. Otherwise, writers may face the dismal monstrosity of writer's block. 20 Common Grammar Mistakes That (Almost) Everyone Gets Wrong I’ve edited a monthly magazine for more than six years, and it’s a job that’s come with more frustration than reward. If there’s one thing I am grateful for — and it sure isn’t the pay — it’s that my work has allowed endless time to hone my craft to Louis Skolnick levels of grammar geekery. As someone who slings red ink for a living, let me tell you: grammar is an ultra-micro component in the larger picture; it lies somewhere in the final steps of the editing trail; and as such it’s an overrated quasi-irrelevancy in the creative process, perpetuated into importance primarily by bitter nerds who accumulate tweed jackets and crippling inferiority complexes. But experience has also taught me that readers, for better or worse, will approach your work with a jaundiced eye and an itch to judge. While your grammar shouldn’t be a reflection of your creative powers or writing abilities, let’s face it — it usually is.

Baked Cinnamon Chips Aloha! It’s good to be back! Thanks to Kate for holding down the fort without me.