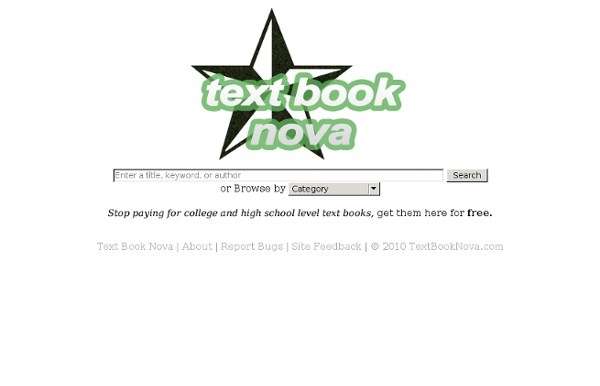 James Bond villain lairs you can visit Privacy and cookiesJobsDatingOffers SubscribeRegisterLog in Accessibility links Advertisement Telegraph.co.uk Exclusive: The first pictures of blood from a 10,000 year old Siberian woolly mammoth First ever sample of mammoth's blood was discovered by Siberian researches. Picture: Semyon Grigoriev Scientists say they have found both blood and muscle tissue - perfectly preserved in the ice - from a Siberian mammoth. The blood had dripped out of the giant animal into a natural ice capsule and it represents a dream discovery for researchers. It comes amid a hotly contested debate on whether scientists should try to recreate the extinct species using DNA, though there now seems little doubt that this WILL happen, and the Russian team from Yakutsk that made the find is working in a partnership with South Korean scientists who are actively seeking to bring the mammoth back to life.

Minecraft (alpha) I plan on having several game modes: (copied and pasted from the blog) Creative mode You’ve got infinite materials and build without any delay. Can be played both as singleplayer and as multi player.You can share the maps with other players somehow. Perhaps just share the actual .level file manually? Pioneer 10 Pioneer 10 (originally designated Pioneer F) is an American space probe, weighing 258 kilograms, that completed the first mission to the planet Jupiter.[1] Thereafter, Pioneer 10 became the first spacecraft to achieve escape velocity from the Solar System. This space exploration project was conducted by the NASA Ames Research Center in California, and the space probe was manufactured by TRW. Pioneer 10 was assembled around a hexagonal bus with a 2.74 meter diameter parabolic dish high-gain antenna, and the spacecraft was spin stabilized around the axis of the antenna. Its electric power was supplied by four radioisotope thermoelectric generators that provided a combined 155 watts at launch. Pioneer 10 was launched on March 3, 1972, by an Atlas-Centaur expendable vehicle from Cape Canaveral, Florida.

Japan Earthquake, 2 Years Later: Before and After - In Focus In a few days, Japan will mark the 2nd anniversary of the devastating Tohoku earthquake and resulting tsunami. The disaster killed nearly 19,000 across Japan, leveling entire coastal villages. Now, nearly all the rubble has been removed, or stacked neatly, but reconstruction on higher ground is lagging, as government red tape has slowed recovery efforts. Locals living in temporary housing are frustrated, and still haunted by the horrific event, some displaying signs of post-traumatic stress disorder. Collected below are a series of before-and-after interactive images. Click on each one to see the image fade from before (2011) to after (2013). [18 photo pairs]

Yang Kyoungjong Yang Kyoungjong (c. 1920 – April 7, 1992) was a Korean soldier who fought in the Imperial Japanese Army, the Soviet Red Army, and later the German Wehrmacht.[1][2][3][4] In 1938, at the age of 18, Yang was in Manchuria when he was conscripted into the Kwantung Army of the Imperial Japanese Army to fight against the Soviet Union. At the time Korea was ruled by Japan. During the Battles of Khalkhin Gol, he was captured by the Soviet Red Army and sent to a labour camp. Because of the manpower shortages faced by the Soviets in its fight against Nazi Germany, in 1942 he was pressed into fighting in the Red Army along with thousands of other prisoners, and was sent to the European eastern front.[1][3]

Antarctic Fox - Day 7: Abandoned Antarctica: Base W - Detaille Island - Part 1 The log of Rachel and Kevin Fox's trip to the Antarctic Peninsula in the Summer of 2008-9 Day 7: Abandoned Antarctica: Base W - Part 1 January 1 - Abandoned British Base W, Detaille Island, the Antarctic Peninsula Given a few hours of rest after our adventure chasing the Hanse Explorer through ice floes in the Zodiacs we set off on an excursion quite different from any we'd had thus far in Antarctica. We stopped just off Detaille Island. Our destination: The abandoned British Survey Base W established in 1956 to conduct survey work on the local glaciers and geology, and meteorological study.

Your Age on Other Worlds Want to melt those years away? Travel to an outer planet! <div class="js-required"><hr> This Page requires a Javascript capable browser <hr></div> Fill in your birthdate below in the space indicated. Best astronomy images 2012: See the most beautiful images of the universe The Universe is beautiful. Which is interesting. It doesn’t have to be; it could be all colorless and weird and lumpy. Instead, it’s bursting with color, sculpted by vast forces, molded into fantastic shapes that please our eyes and delight our brains—especially once we understand what we’re seeing. Every December I pick my favorite images from the previous year to display, a task that is extraordinarily difficult. I always wind up with a list of about 60 or 70, and I have to cull it down mercilessly.

Assassin's Creed 3 - E3 Official Trailer [UK] vs. Two Steps from Hell - Moving Mountains YouTube Most Discussed Today Super Smash Bros vs Team Fortress 2 You're a Pirate vs You're Too Slow Berners Street Hoax The Berners Street Hoax was perpetrated by Theodore Hook in the City of Westminster, London, in 1810. Hook had made a bet with his friend, Samuel Beazley, that he could transform any house in London into the most talked-about address in a week, which he achieved by sending out thousands of letters in the name of Mrs Tottenham, who lived at 54 Berners Street, requesting deliveries, visitors, and assistance. On 27 November, at five o’clock in the morning, a sweep arrived to sweep the chimneys of Mrs Tottenham's house.

Atomic bond types discernible in single-molecule images 13 September 2012Last updated at 21:36 GMT By Jason Palmer Science and technology reporter, BBC News The bonds at centre appear shorter than those at the edges, as more electrons are present in them A pioneering team from IBM in Zurich has published single-molecule images so detailed that the type of atomic bonds between their atoms can be discerned.

MARS Curiosity Rover first Color 360 Panorama - Round the world with panoramas copyright @ Hans Nyberg - panoramas.dk · www.qtvr.dk · www.360-foto.dk · www.virtualdenmark.dk · Privacy Policy I panoramas.dk is hosted by: VRWAY Important info about Copyright: All panoramas featured at panoramas.dk are copyright the individual photographers. Linking directly to the movies Quicktime or Flash is strictly forbidden. If you which to use any of the panoramas for any purpose, commercial or editorial you are requested to contact the photographer who has the copyright and is listed on all fullscreen pages. Links to panoramas.dk are welcome. You are allowed linking directly to the panoramapages using a small screenshot as long as it is used directly as a link or associated with a link .