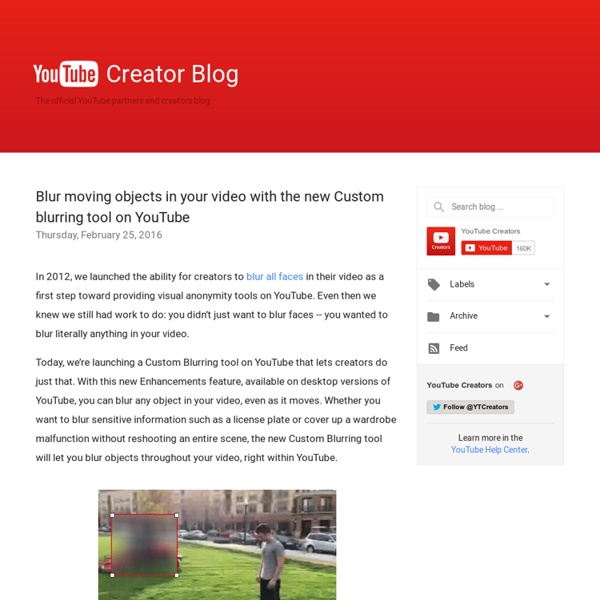 In our monthly On The Rise program, we identify four partners whose channels drive significant YouTube watch time but haven’t yet reached the 100,000 subscriber mark. With your help, we’re sharing with you four dedicated partners who’d like your help to jumpstart their audience development and channel growth. In January, we’re excited to introduce you to partners whose content covers the worlds of music, origami, technology and graphic novels. Here’s where you come in--you actually have the chance to help push these partners even further on YouTube. Review their videos below, vote for your favorite here by selecting the blue checkmark next to the channel name, and one of these candidates will have the opportunity to be featured across YouTube later this month. In addition to your votes, each channel will be evaluated on criteria such as viewer engagement and channel optimization techniques to decide which partner we’ll feature.

In-Stream Video Ad CTR Far Higher Than Banners, Rich Media in H1 An August 2012 MediaMind study found the same 0.1% CTR for standard banner ads in the US, but, a much higher 0.87% for mobile banners. Meanwhile, according to the latest report, rich media with video (0.26%) performed better than rich media without video (0.21%). In examining the CTR differences between VAST and VPAID, the report concludes that VAST ads more actively call for click-throughs and interactions. VPAID is less focused on direct response, and also enables and captures in-stream interactions, not necessarily requiring a click-through. The future of streaming video – four predictions for 2013 Last week’s multi-year licensing agreement bombshell between Disney and Netflix was a capper to an already dynamic year for streaming media. Clearly we’re at an exciting crossroads, fueled by “make-ups and break-ups” that constantly reshape the industry. Given the activity of the last four quarters, here are a few things to look for in 2013.