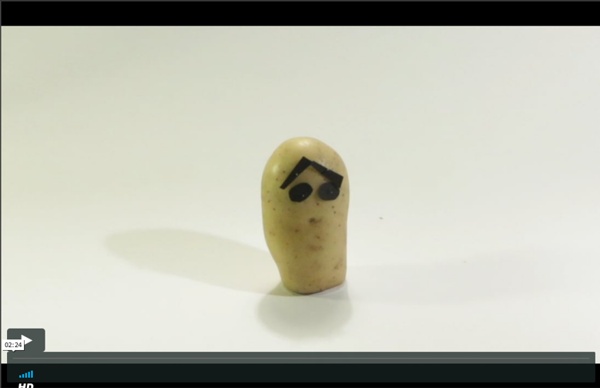 How to Use Padlet in the Classroom: A Fantastic Teaching Tool Padlet is a versatile, easy to use tool for every teacher’s toolkit. Let’s dive into Padlet and Learn the Basics. At the bottom of this post, I have a Padlet that is temporarily open for you to post and share your favorite edtech tools. 30 Free Fonts You MUST Have Today we didn’t really concentrate on creating a set following specific font styles. This time, we put together a mix of free fonts which are really worth using and shouldn’t be missing in your personal font library. We are sure you’ll find you own favorite between these 30 below.

How to Make Stop-Motion Videos on iPads The Popularity of Stop Motion Effects Stop motion movies date back to the early 20th century, but they have seen a resurgence of late with popular releases like Wallace and Gromit, Chicken Run, Coraline and Frankenweenie topping box offices around the world. So, how do they do that? The premise is simple. Handy YouTube Tools for Teachers Many districts are realizing the potential that YouTube learning can have in the classroom. There are lots of great videos and channels out there on 1000's of topics. I have put together a list of some of my favorite tools to use with YouTube. Some are for the creation end, while some are for the consumption end. Reaching out and asking questions are great ways to learn about the teaching... The qualities every connected educator in the teaching profession is likely to...

5 Free Apps to Turn Photos Into Art on Android, iOS, or Web Advertisement Ever since Instagram came around, the idea of adding filters to your photos has caught on. Those filters have ranged from simple settings that affect brightness and contrast, to more complex filters that make your images pop. A new filter craze is now taking over the internet.

Create stop-motion animation Those who’ve spent much time watching jittering Lego blocks on YouTube, Wallace and Gromit shorts on an iPod, or recent Tim Burton animated films in the theater know that stop-motion movie-making is a going concern. For those unfamiliar with the term, stop-motion animation is the painstaking process of capturing still images of a scene, moving objects within the scene ever so slightly after each still image capture, and stringing together the resulting images as video frames so that when played back they mimic movement. Unlike in the golden claymation days of Gumby and Pokey, creating stop-motion videos is well within the grasp and budget of the typical Mac user. 7 Great Tools for Creating Flipped Lessons from Existing Videos When they are used in the right context flipped lessons can be a good complement to classroom instruction. Not everyone has the time or skill to make effective instructional videos for their students. In those cases you can take advantage of the millions of hours of instructional videos found on YouTube and other video sharing sites. But don't just have your students watch the videos then come back to your classroom. Have them answer some specific questions that you build into the instructional videos that you find online then share with your students. Seven great tools for creating flipped lessons from existing videos: