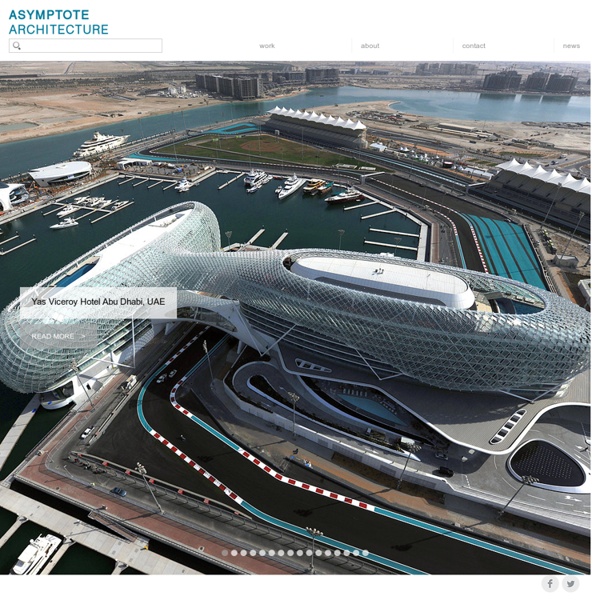 The Hague Dance and Music Center Finalist: Zaha Hadid Architects « VANGUARQ Three Round 2 Finalists have been announced for The Hague’s new dance and music center on the Spuiplein: RAU, Neutelings Riedijk Architecten / Kirkegaard Associates, and Zaha Hadid Architects. The new building on the Spui Square will become the hot spot in The Hague for dance, opera, musicals, family shows, theater, concerts, classical music and jazz. Following are images from the finalist proposal by London-based Zaha Hadid Architects: Click above image to enlarge Like this: Like Loading... 00:/ Hello... 00:/ is a London based strategy & design practice. With a foundation in delivering award-winning architecture and commissioned research into the built environment, we are driven by an aspiration to create genuinely sustainable places founded on evidenced social, economic, and environmental principles. We are currently working with a broad spectrum of clients and collaborators on a range of innovative projects from new civic institutions, neighbourhood development strategies, and self-led housing masterplans to new service delivery infrastructures for healthcare, learning, and creative enterprise, alongside a number of ultra-low-energy private houses.

AL_A : News News Profile Selected Projects Selected Furniture Archive Writing Recruitment Contact Central Embassy, Bangkok Read more... V&A demolition started on site Projects - gmp Architekten von Gerkan, Marg und Partner Basic PrincipleThe pavilion architecture has been reduced to the presentation of the structure of the modular system with all its details; structurally simple and clear, limited to a few materials, precise in detail, characteristic in its appearance and atmos-phere. The extremely modest and simple materiality: marble, coated steel, fair-fared concrete, glass. Light creates the atmosphere in the Room of Christ; in the middle top light falls down from the column heads, vertically highlighting the slender columns. The enclosing surface, 11 mm glass panes in combination with 10 mm finely cut, crystalline marble from the Greek island Naxos, is a single-shell construction. Its vivid translucence influences the room atmosphere in such a way, that the space remains contemplative-introverted despite the intensive lighting.

subjectivity At the moment it comes out of my mouth, I know I've said something that I neither whole heartedly believe in nor fully understand. “Blurring the boundaries between art and design”, I say. It sounds just so exciting. I'd love to go and blur some of those boundaries. Hilton Pattaya Hotel by Department of Architecture Bangkok studio Department of Architecture have installed rippling fabric fins hanging from the ceiling of this hotel lobby in Pattaya, Thailand. Located on the 17th floor of a tower over the beach, the Hilton Pattaya Hotel lobby was designed to draw visitors from a central elevator towards the windows and sea view beyond. Air conditioning causes the fabric sheets to sway and ripple across the ceiling. More hotels on Dezeen »

about - kokkugia Kokkugia is an experimental architecture research collaborative exploring generative design methodologies developed from the complex self-organising behavior of biological,social and material systems. Kokkugia is led by Roland Snooks and Robert Stuart-Smith, with labs in Melbourne and London, operating through design experimentation, research and teaching. While Kokkugia's role is highly speculative - to imagine the future. The partners of Kokkugia, Roland Snooks and Robert Stuart-Smith, also direct separate architectural practices which provide architectural services: Studio Roland Snooks and RS-SDesign. The two practices operate independently from Melbourne and London respectively but continue to collaborate on strategic projects such as their recent Astana 2017 Expo scheme. Kokkugia’s work has been published extensively and exhibited internationally, including in New York, London, Paris, Melbourne, Shanghai, Beijing, Moscow, Kiev, Philadelphia and San Francisco.

hitRECordJoe We’re going to be making a Music Video for the song “You Got All You Need” - come & play along with the song in the great outdoors! To support this collaboration, we’re really excited to announce that SONY is going to be sending out FIFTY new Music Video Recorders (SONY HDR-MV1) to some of the more prominent and established musicians in our community! MUSICIANS: Play along to THIS SONG & RECord video yourself in Nature performing your part. You can download THIS ZIP containing all of the material you’ll need to contribute. AUDIO CURATORS: Make an Album of the Audio RECords on the site that you’re inspired by and contribute it the collab.