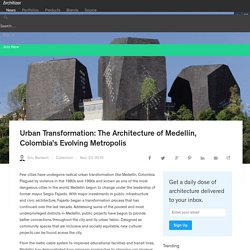 Plagued by violence in the 1980s and 1990s and known as one of the most dangerous cities in the world, Medellín begun to change under the leadership of former mayor Sergio Fajardo. With major investments in public infrastructure and civic architecture, Fajardo began a transformation process that has continued over the last decade. Addressing some of the poorest and most underprivileged districts in Medellín, public projects have begun to provide better connections throughout the city and its urban fabric.

Designed as community spaces that are inclusive and socially equitable, new cultural projects can be found across the city. From the metro cable system to improved educational facilities and transit lines, Medellín has demonstrated how visionary approaches to planning can improve urban life. Aquatic Center by Paisajes Emergentes, Medellín, Colombia Orquideorama by plan:b, Medellín, Colombia. Why White Roofs Are Better Than Green Roofs for Fighting Climate Change. Over the last decade, green roofs — that is, rooftops planted with living vegetation — have been touted for their environmentally friendly benefits. 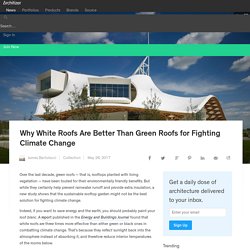 But while they certainly help prevent rainwater runoff and provide extra insulation, a new study shows that the sustainable rooftop garden might not be the best solution for fighting climate change. Indeed, if you want to save energy and the earth, you should probably paint your roof blanc. A report published in the Energy and Buildings Journal found that white roofs are three times more effective than either green or black ones in combatting climate change. Critical regionalism - Wikipedia. Jørn Utzon, Bagsvaerd Church (1973–6), Denmark; combinations of local culture and universal civilization. 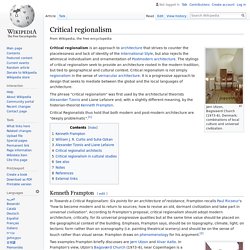 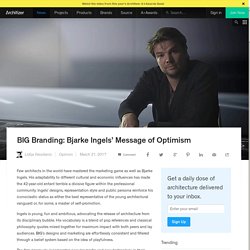 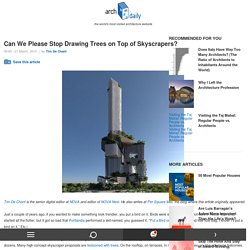 Tim De Chant is the senior digital editor at NOVA and editor of NOVA Next. He also writes at Per Square Mile, the blog where this article originally appeared. Just a couple of years ago, if you wanted to make something look trendier, you put a bird on it. Birds were everywhere. I’m not sure if Twitter was what started all the flutter, but it got so bad that Portlandia performed a skit named, you guessed it, “Put a Bird on It.” 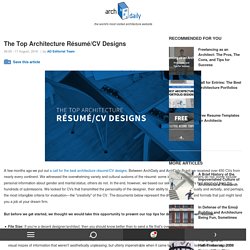 Heated Driveway Systems. Beyond Metabolism: An Architectural Movement and Its Legacy. Following World War Two, Metabolism emerged in Japan as an avant-garde architecture and urban planning movement, seeking to bring Japanese urbanism to the global stage. 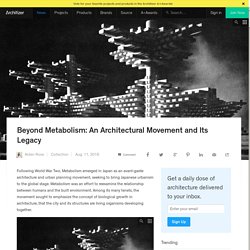 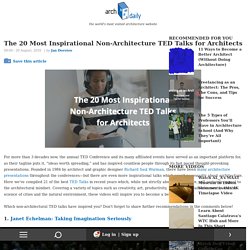 “Between the Material and the Non-Material”: Anupama Kundoo Discusses the Importance of Experiential Architecture Education. This feature has been created in collaboration with urbanNext, a multi-platform aimed at developing, disseminating and distributing content centered on architecture through a focus on the contemporary human milieu and its challenges. 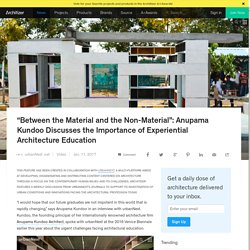 10 of the Most Innovative Architecture Projects of 2016. The Art of Rendering: How to Bring Your SketchUp Model to Life Using Nothing but Photoshop. The End of the All-Nighter? New Overtime Rules Could Transform the Work Ethic of Architects. Picture the scene: It is 10 p.m. on a Thursday night. 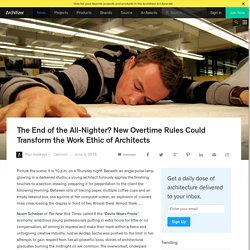 The Fifth Façade: Radical Roofscapes Across South Korea. 7 Futuristic Fabrications Leading Us Towards a Newer Architecture. Trimble's SketchUp Viewer Allows You To Manipulate Hologram Models in the Real World. 21 Careers You Can Pursue With A Degree in Architecture. How Important Is Context In Contemporary Architectural Design. CEMEX + Aptum Architecture's Floating Concrete Structures Act as Mangroves for Shorelines.

From A to Zaha: 26 Women Who Changed Architecture. Retired Ladies Live Their Dreamlife In A Cosy Forest House Designed By A Japanese Architect. Exploring Ecuador: 10 Remote Homes Rethinking the Vernacular. Problem loading page. The Architecture of Improvement: How Alejandro Aravena Is Changing the World With Beautiful, Practical Buildings. The Top Architecture Résumé/CV Designs. "The Architect Needs to Expand His Role": Urban Think-Tank's Alfredo Brillembourg Discusses His Vision for Our Urban Future. What Gentrification Really Is, and How We Can Avoid It. Experimenters: Chance and Design at Black Mountain College - Archpaper.com.