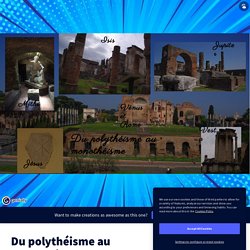 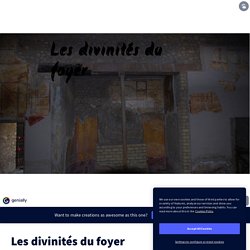 Comparative Religions. Religious Dissection Comparative study of religions. Spirituality. The history of all religions explained in one fascinating graphic. How religion has evolved. Not perfectly accurate, but definitely interesting. Mythology-tree-of-descent.jpg (JPEG Image, 1633 × 909 pixels) - Scaled (62%) A guide to god. Philosophy of Religion.

Psychology and Religion. Greek influences. Brief Anthropological Approach to the Study of Religion. Encyclopedia of Religion and Society. Calendar Holy Days World Religions. Comparative Theology. The Big Religion Comparison Chart: Compare World Religions. Facts on the world's religions. Multidisciplinary View of the Religious, Spiritual and Esoteric Phenomena. Difference Between Islam and Buddhism. Islam vs Buddhism When it comes to some of the major religions in the world, a lot of people are skeptical, or even fearful of something that they do not know a lot about. 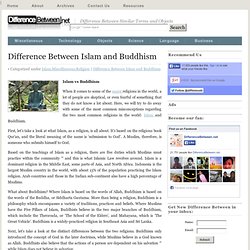 Here, we will try to do away with some of the most common misconceptions regarding the two most common religions in the world: Islam and Buddhism. First, let’s take a look at what Islam, as a religion, is all about. It’s based on the religious book Qur’an, and the literal meaning of the name is ‘submission to God’. A Muslim, therefore, is someone who submits himself to God. Based on the teachings of Islam as a religion, there are five duties which Muslims must practice within the community ‘“ and this is what Islamic Law revolves around. What about Buddhism? World Religions Tree. Useful Databases for Anth024 Research Topics. Www.godfinder.org. Godchecker.com - Your Guide To The Gods. Silvio Calzolari. The Culture of Cults. Cult Help and Information. Why a Loving God would Damn All Other Faiths To Hell. What’s a seeker of Truth supposed to do with two competing facts that leave as much room for compromise, Sam Harris says, “as a coin toss?” 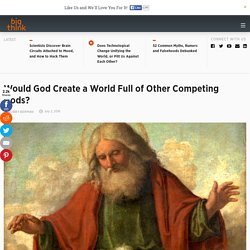 The New Testament says Jesus is the actual, real son of God, and anyone who doesn’t believe that will spend eternity in Hell. The Koran says Jesus is not the son of God, and anyone who believes he is will spend eternity in Hell. (A Buddhist would consider the whole discussion odd.) This, all by itself, is a good reason to wonder how plausible it is that there’s a God with a capital “G” in the first place. Which makes more sense to you? Scientists establish a link between religious fundamentalism and brain damage. A study published in the journal Neuropsychologia has shown that religious fundamentalism is, in part, the result of a functional impairment in a brain region known as the prefrontal cortex. 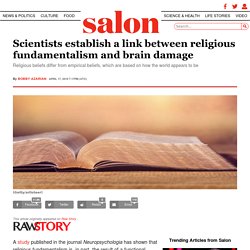 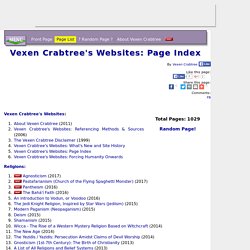 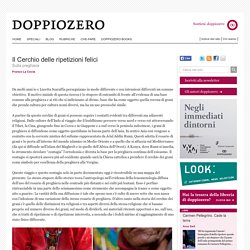 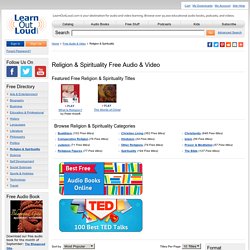 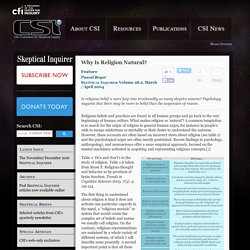 Psychology suggests that there may be more to belief than the suspension of reason. History of the Ancient Aryans. Iran is the ancient name of Persia, and it is derived from the root "Arya" or Aryan, the Indo-European branch of peoples who settled in that land. 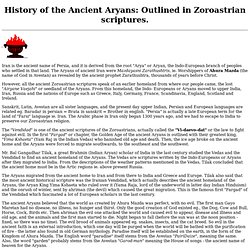 THEOLOGY/WORLD RELIGIONS/SYMBOLS. Les Religions. Religous Study. History/Myths/Religion. Religions. Religious Studies Online - Philosophy, Ethics and Religious Education resources for OCR and AQA GCSE and A level RS. International Museum of Religion - An Open Collaboration - Explore. The major world religions. The information provided below is intended to provide a short introduction to the major world religions as defined classically. Each description has been kept very short so that it is easy to read straight through all of them and get a general impression of the diversity of spiritual paths humanity takes to live the kind of life God wants. As a result, a great many things have been omitted. No omissions are intentional and readers are encouraged to consult other resources on the web as well as books for more in-depth information.

Dogma. List of Catholic Heresies and Human Traditions. ADOPTED and PERPETUATED by the ROMAN CATHOLIC CHURCH IN THE COURSE OF 1600 YEARS (Compiled by Rev. Stephen L. Testa) “And ye shall know the truth, and the truth shall make you free.” —Jesus in John 8:32 Notice: These dates are in many cases approximate. And doctrine to be true must conform to the Word of God. Pantheism for Dummies (I mean “Dittoheads”) –Part 1 of 2.

Finger Pointing at the Moon For Dummies Oh, Rush. You’ve done it again. One could build a fairly comprehensive dictionary just by taking the definitions you give to words that you don’t understand, and writing the opposite. New Religious Movements - Latest news from Inform. Religion / Atheism. Athéisme & religions. Religioskeptic. Atheism. Atheism. Atheism and Postmodernism. Atheism. Religion and the Lack of It. Laïcité ressources. Born believers: How your brain creates God. From New Scientist magazine 04 February 2009 by Michael Brooks Read our related editorial:The credit crunch could be a boon for irrational belief.

WHILE many institutions collapsed during the Great Depression that began in 1929, one kind did rather well. During this leanest of times, the strictest, most authoritarian churches saw a surge in attendance. This anomaly was documented in the early 1970s, but only now is science beginning to tell us why. It turns out that human beings have a natural inclination for religious belief, especially during hard times. Disbelieve it or Not, Ancient History Suggests That Atheism is as Natural to Humans as Religion. People in the ancient world did not always believe in the gods, a new study suggests – casting doubt on the idea that religious belief is a “default setting” for humans. “Early societies were far more capable than many since of containing atheism within the spectrum of what they considered normal – Tim Whitmarsh” Despite being written out of large parts of history, atheists thrived in the polytheistic societies of the ancient world – raising considerable doubts about whether humans really are “wired” for religion – a new study suggests.

The claim is the central proposition of a new book by Tim Whitmarsh, Professor of Greek Culture and a Fellow of St John’s College, University of Cambridge. In it, he suggests that atheism – which is typically seen as a modern phenomenon – was not just common in ancient Greece and pre-Christian Rome, but probably flourished more in those societies than in most civilizations since. Battling the gods cover. ( Faber.co.uk) Main Page - FreeThoughtPedia. Freethought Blogs. Skeptic's Annotated Bible / Quran / Book of Morman>.

Atheist, Gnostic, Theist, Agnostic. Too many times I have informed someone that I am an atheist, only to have them reply, “Oh, but how could you know that God doesn’t exist? The joy of nihilism - Church of the Churchless. NoBeliefs.com (Freethinkers) The Improbability of God. The Improbability of God by Richard Dawkins from Free Inquiry, Volume 18, Number 3. 50 Atheist Quotes - Born Again Pagan. 50 Atheist Quotes George Carlin. Religion/Atheism. Religion / Atheism. An atheist at Christmas. Christmas is inevitably a rather problematic time for atheists.

Does one sour the mood, somewhere between the turkey and the pudding, and overtly declare the entire festivity is built on the naivety and, if one's feeling particularly spiky, the blatant stupidity of one's ancestors? Why Atheists Don't Really Exist. Welcome to the Possibilium.