Blek le Rat meets Banksy in the Mission. A tipster sent us these pics of the latest addition to the ongoing collaborative mural by Public Works started by Banksy during his 2010 promotional surge through the city. 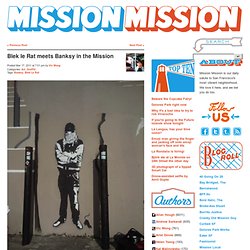 This augmentation was allegedly added by none other than French pioneering stencil artist Blek Le Rat. More pics after the jump. Photos De Street-art A Marseille. 53237747.jpg (Image JPEG, 1600x1071 pixels) Street art. Blek le Rat, the man who gave birth to Banksy - Times Online. Blek le Rat: This is not a Banksy - Features, Art. Now, with auction houses aflutter at the prospect of bagging a work by the elusive Bristolian, and Brad Pitt among those eagerly queuing to pay tens of thousands of pounds for a piece, even the most entrenched critics are being forced to re-evaluate their position on the subject of that formerly dirty word. 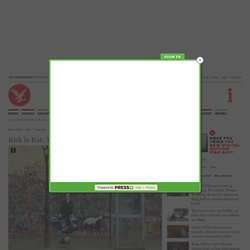 Late last year a grainy photo of a crouched figure in front of a wall filled news pages and news channels alike, below the headline: "Is This Banksy? " Such is the hype surrounding the shadow that creeps in the night, that Banksy – in his absence – has been crowned the Daddy of anti-Establishment street art. Yet, if Banksy is indeed the Daddy of politically-conscious graffiti, let me introduce the Godfather, Blek Le Rat. The 56-year-old Frenchman was stencilling city walls while Banksy was getting to grips with crayons. Motivated by social consciousness and a desire to bring the art to the people, Blek Le Rat's political agenda is clear. Stencil Graffiti / Blek le rat - my vibe. Blek le Rat. Xavier Prou (Blek le Rat) at the gallery opening and book signing at the 941 Geary Gallery, San Francisco Blek le Rat, (pronounced: [blɛk lə ʁa]; born Xavier Prou,[1] 1952)[2] was one of the first graffiti artists in Paris, and has been described as the "Father of stencil graffiti".[3] Early life[edit] Xavier Prou was born in Boulogne-Billancourt in the western suburbs of Paris in 1951 or 1952. 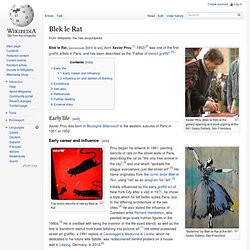 Early career and influence[edit] All sizes. Street art. Metanamorph. Graffiti in Brazil. Wanted "Drone" Poster Artist Discusses How He Punked the NYPD. 4704135_.jpg (Image JPEG, 12830x597 pixels) - Redimensionnée (11%) Massive Art Nouveau-Inspired Mural in Montreal. For 16 days straight, from dawn to dusk, five highly determined Montreal-based artists (who make up the artist run collective A'shop) worked on a graffiti mural of a Mother Nature-esque Madonna or a modern-day version of "Our Lady of Grace. 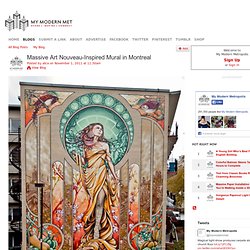 " Inspired by Czech Art Nouveau painter Alphonse Mucha, the crew created this breathtakingly beautiful five story mural using 500 cans of spray paint in over 50 different colors. “We been doing graffiti for a long time but this is our first large project involving the whole team,” Fluke of A'shop told The Montreal Gazette. “We’re always busy with other projects so we’ve never really had time to let [the reactions to] them sink in. But this mural was just so big and also our last of the season. It was challenge, took us out of our comfort zone. The city gave the group complete control of the project and, luckily, the public ended up loving it. Street art. Inside Out. Wooster Collective. 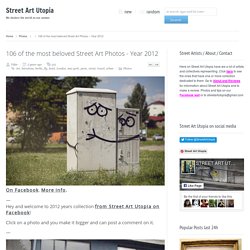 And thats some of the most beloved Street Art Photos posted in 2012 on Street Art Utopia! A member of Street Art Utopia on Facebook wrote two year ago this nice piece about the future: – My son, do you want to hear something strange? – Yes! What? – You know the new tree painting we did on the garage last week. . . – What? – Well, yes, many were. Best Street Art of 2011. December 27, 2011 | 72 Comments » | Topics: Art, Pics Hot Stories From Around The Web Other Awesome Stories. 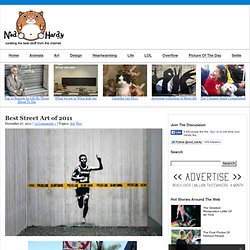 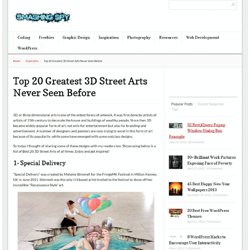 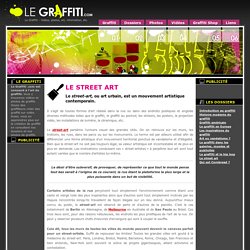 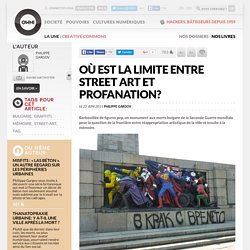 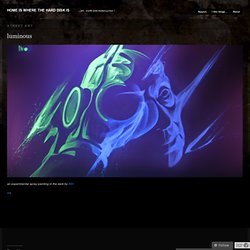 Street Art. (ill)egal graffiti. Street Art. RTS (London) HOME. Reclaim the Streets. Reclaim the Streets (RTS) is a collective with a shared ideal of community ownership of public spaces. Participants characterize the collective as a resistance movement opposed to the dominance of corporate forces in globalization, and to the car as the dominant mode of transport. §Protests[edit] Reclaim the Streets is also used for this type of political action, regardless of its actual relation to the RTS movement. §History[edit] The earliest written source for the phenomenon "reclaim the streets" can be found in Marshall Berman's (1981) All That is Solid Melts Into Air. "At the ragged edge of Baudelaire's imagination we glimpsed another potential modernism: revolutionary protest that transforms a multitude of urban solitudes into a people, and reclaims the city streets for human life. . . Streets have many times been occupied with the intent of using them for other things than traffic.

David_walker_street_art_3_london1.jpeg (Image JPEG, 1024x682 pixels) RED BULL STREET ART VIEW. Art urbain. The 50 Best Street Art Work Selected in 2011. Looking for street arts? Then have a look at these best selected street artists of the year. With one of the most authoritative resource… for 2011.

Street art. John Fekner: Broken Promises/Falsas Promesas, South Bronx, 1980. The terms "urban art", "guerrilla art", "post-graffiti" and "neo-graffiti" are also sometimes used when referring to artwork created in these contexts.[1] Traditional spray-painted graffiti artwork itself is often included in this category, excluding territorial graffiti or pure vandalism. Artists who choose the streets as their gallery are often doing so from a preference to communicate directly with the public at large, free from perceived confines of the formal art world.[2] Street artists sometimes present socially relevant content infused with esthetic value, to attract attention to a cause or as a form of "art provocation".[3] Street artists often travel between countries to spread their designs. Some artists have gained cult-followings, media and art world attention, and have gone on to work commercially in the styles which made their work known on the streets.