Early Twentieth Century Mexican Immigration to the U.S. · HERB: Resources for Teachers. Between 1900 and 1930, political turmoil in Mexico combined with the rise of agribusiness in the American Southwest to prompt a large-scale migration of Mexicans to the U.S. 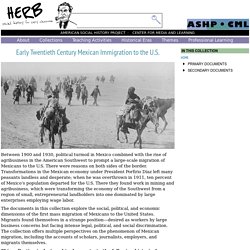 There were reasons on both sides of the border. Transformations in the Mexican economy under President Porfirio Díaz left many peasants landless and desperate; when he was overthrown in 1911, ten percent of Mexico’s population departed for the U.S. There they found work in mining and agribusiness, which were transforming the economy of the Southwest from a region of small, entrepreneurial landholders into one dominated by large enterprises employing wage labor.

The documents in this collection explore the social, political, and economic dimensions of the first mass migration of Mexicans to the United States. Migrants found themselves in a strange position—desired as workers by large business concerns but facing intense legal, political, and social discrimination. Mexico - Country Profile - 2014. Mexico Economy, Politics and GDP Growth Summary - The Economist Intelligence Unit. dLOC Home - Digital Library of the Caribbean. Mexican-American War and the Media. London Times January - December 1845 Index Year/Month/Day Page/Column subject LT 1845/1/2 3e Annexation of Texas, bill on conditions LT 1845/1/2 4a Annexation of Texas and the new President's message LT 1845/1/8 6a Mr. 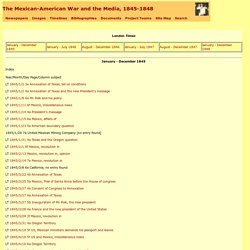 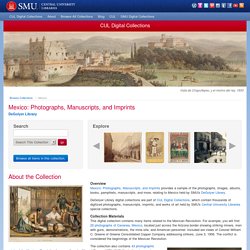 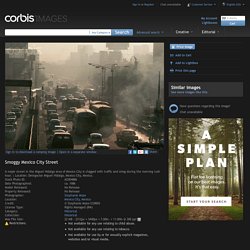 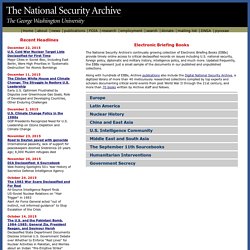 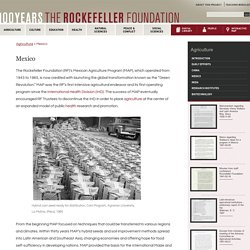 MAP was the RF’s first intensive agricultural endeavor and its first operating program since the International Health Division (IHD). The success of MAP eventually encouraged RF Trustees to discontinue the IHD in order to place agriculture at the center of an expanded model of public health research and promotion. Hybrid corn seed ready for distribution, Corn Program, Agrarian University, La Molina, (Peru), 1965 From the beginning MAP focused on techniques that could be transferred to various regions and climates. Within thirty years MAP’s hybrid seeds and soil improvement methods spread into Latin American and Southeast Asia, changing economies and offering hope for food self-sufficiency in developing nations. Three Scientists in a Station Wagon IHD Associate Director John A. J. Corn Comes First.