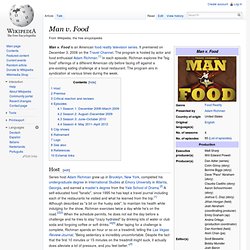 The half-hour show culminates in Richman facing off against an established local food challenge. Each show wraps with a fake press conference where Richman fields questions about the challenge as if it were a just-concluded sporting event or as if he had just won, or in some cases lost, a big award.[6][8] Richman made one attempt at a Guinness World Record when he and a group of 40 regional eaters attempted a 190 pound burger in two hours, in which case food won the battle with about 30 pounds left of the burger.[9] Critical reaction and reviews[edit] The Los Angeles Times noted that the Travel Channel received its highest-ever ratings for a new debut with Man v. 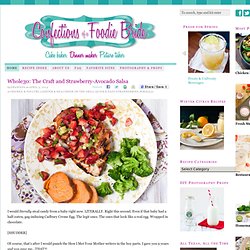 LITERALLY. Right this second. Even if that baby had a half-eaten, gag-inducing Cadbury Creme Egg. The legit ones. The ones that look like a real egg. Of course, that’s after I would punch the How I Met Your Mother writers in the boy parts. Guess I don’t have to tell anybody that the Whole30 processed sugar withdrawals have reared their impressively bitchy head. [And also, was The Craft not one of the best movies of the 90s?!] For the health of my personal being – but mostly the sake of my marriage – I inhaled dinner, grabbed my current book (Your Inner Fish), and headed to bed early. Day 2Breakfast - Um, I forgot to eat. Lunch - Leftover Spicy Date-Glazed Salmon, a baked sweet potato, and green beans Dinner - Grilled chicken breasts (plain, grilled with S&P) topped with a mountainous scoop of strawberry-avocado salsa; baked sweet potato, and some steam-in-bag broccoli. 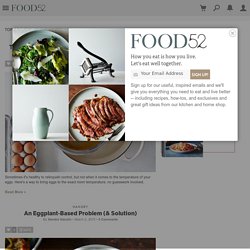 Here's a way to bring eggs to the exact room temperature, no guesswork involved. Read More » We know the smells coming from the Indian restaurant are really, really, really good, but don't succumb to ordering takeout for the third night in a row. Kendra will show you how to replicate your favorite dish at home. Read More » Vania Ling explains why she's hooked on Plenty More. Foodtrail in Penang. It was nice to be back in Penang. 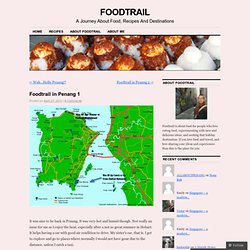 It was very hot and humid though. Not really an issue for me as I enjoy the heat, especially after a not so great summer in Hobart. It helps having a car with good air condition to drive. My sister’s car, that is. I get to explore and go to places where normally I would not have gone due to the distance, unless I catch a taxi. I felt a bit strange that I was not tired on my first day in Penang. By mid morning, my partner and I were ready to hit the town. Dishing with Diana. Janae Monir. First Look, Then Cook. The Grass Skirt. The adventures of ernie bufflo. Food instructables. Migrationology. Food. Make those baked treats you love a little less naughty, while keeping them as delicious as ever – you just have to be smart when it comes to the sweeteners you use, says Healthy’s Kim Morphew…. 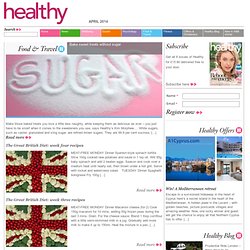