AAS 2018 Book Prize Winners. The AAS is pleased to announce the winners of this year’s book prize competitions and offer congratulations to the authors and presses. 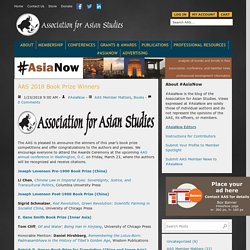 Honorable Mention: Anthony Barbieri-Low, Robin Yates, Law, State and Society in Early Imperial China, Brill A.K. A.K. Harry J. AFCC Asian Children’s Book Award by Genting Singapore. To recognise and award an excellent picture book from AsiaTo recognize the author, illustrator, and translator’s contributions to the creation processTo encourage and inspire the publication and translation of more Asian picture books, and make them available to a wider audience in the region and beyondTo stimulate public interest and support for Asian picture books The Asian Children's Book Award offers a total of S$30,000 the winning work: S$10,000 for the writer(s), S$10,000 for the illustrator(s), and S$10,000 for the translator(s) (in the case where there is no official translation of a winning work, the translator's prize money would instead be given to the publisher as a translation grant for the express purpose of publishing an English translation of the winning picture book). 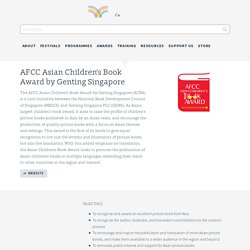 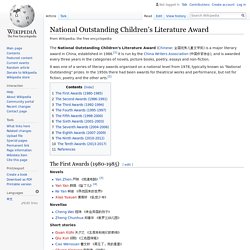 It was one of a series of literary awards organised on a national level from 1978, typically known as "National Outstanding" prizes. In the 1950s there had been awards for theatrical works and performance, but not for fiction, poetry and the other arts.[2] The First Awards (1980-1985)[edit] Neev Books – Everything about Books for Children. Panda Book Awards. Join the conversation. 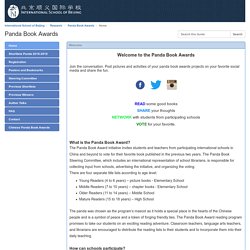 Post pictures and activities of your panda book awards projects on your favorite social media and share the fun. READ some good books SHARE your thoughts NETWORK with students from participating schools VOTE for your favorite. Red Dot Book Awards 2017-2018. All school libraries in Singapore -- and the region -- are welcome to participate. 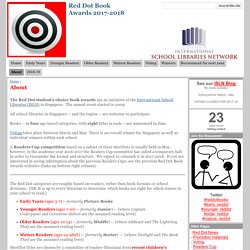 Books -- in four age-based categories, with eight titles in each -- are announced in June. Voting takes place between March and May There is an overall winner for Singapore as well as individual winners within each school. A Readers Cup competition based on a subset of these shortlists is usually held in May, however, in the academic year 2016-2017 the Readers Cup committee has called a temporary halt in order to reconsider the format and structure. We expect to relaunch it in 2017-2018. If you are interested in seeing information about the previous Readers Cups, see the previous Red Dot Book Awards websites (links on bottom right column). 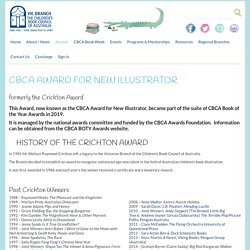 In 1985 Mr Wallace Raymond Crichton left a legacy to The Children's Book Council of Australia (Victorian Branch). The Branch decided to establish an award to recognise and encourage new talent in the field of Australian children's book illustration. It was first awarded in 1988 and each year's winner receives a certificate and a monetary reward. It is administered by the Victorian Branch of the CBCA and the judging panel of three is nominated and elected by the executive of the Victorian Branch. 2019 entries now open Forms to come. Publishers Crichton Sticker Licence To purchase Crichton Award Winner & Shortlisted Stickers, please contact the office vic@cbca.org.au. Environmental Award for Children's Literature. June 30th, 2018 As always, The Wilderness Society is delighted to announce the 2018 Environment Award for Children’s Literature shortlist. 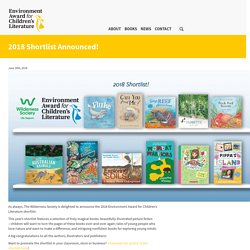 We had an amazing night at the National Library last night, celebrating our CBAS with over 150 people. 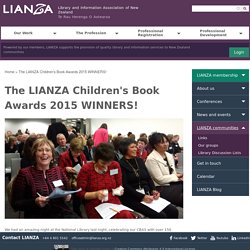 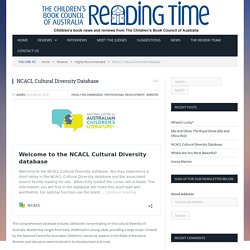 Readership ranges from early childhood to young adult, providing a large scope. Created by the National Centre for Australian Children’s Literature, experts in the fields of literature, libraries and education were involved in its development and trials. Books can be searched through many parameters, including author and illustrator, key concept such as empathy, migration and family, allowing for a wide range.

Other search parameters include audience type and links to the Australian Curriculum and Australian Early Years Framework (EYLF), making this a valuable resource for teachers and educators of all ages. NSW Premier's Literary Awards. Conversations about children's books. Sir Julius Vogel Awards. The Sir Julius Vogel awards are fan voted awards for various endeavours in the science fiction, fantasy or horror fields. 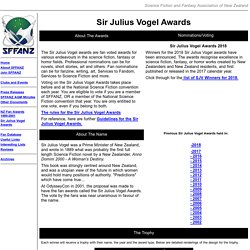 Professional nominations can be for novels, short stories, art and others. Fan nominations can be for fanzine, writing, art, Services to Fandom, Services to Science Fiction and more. 2018 · The Stella Prize. Stella is delighted to announce the 2018 Stella Prize longlist of powerful books by Australian women. In a year when women’s voices are demanding to be heard, the 2018 Stella Prize longlist showcases the power and diversity of writing by women in Australia. Young Australians Best Book Awards. ALMA. Branford Boase Award and Henrietta Branford Writing Competiton. The British Book Awards. Carnegie and Kate Greenaway Awards. The CILIP Carnegie Medal Shortlist for 2018 Wed Wabbit Lissa Evans David Fickling Books After the Fire. Costa Book Awards. FCBG Children’s Book Award 2018. The Children’s Book Award is the only national award for children’s books that is voted for entirely by children.

It is owned and co-ordinated by the Federation of Children’s Book Groups and is highly respected by teachers, parents and librarians. Children who are part of the nationwide network of the FCBG across the country have been reviewing and rating books from more than 110 publishing imprints! Our testing groups 2017 are: NW London, Harrogate, Herts, Southampton, Plymouth, Lincs, Dundee, West Wales, Solihull, Oxted, Ipswich and Reading. Any child across the UK is eligible to vote. Hans Christian Andersen Awards: IBBY official website. The Hans Christian Andersen Award is the highest international recognition given to an author and an illustrator of children's books. Given every other year by IBBY, the Hans Christian Andersen Awards recognize lifelong achievement and are presented to an author and an illustrator whose complete works have made an important, lasting contribution to children's literature.

The Klaus Flugge Prize. The Man Booker Prize 2018. Andre Norton Award Archives. Canadian Children's Book Centre Awards. Book of the Year for Children Award. The Canadian Library Association is seeking submissions for its annual Book of the Year for Children Award. This is an annual award for a book that meets the following criteria: It must be published in Canada during 2015 It must be written by a Canadian citizen or a permanent resident of Canada The text must be an act of creative (i.e., original) writing (i.e., fiction, poetry, narrative, non-fiction, retelling of traditional literature) It must be written in English or be translated into English, and It must appeal to children up to and including age 12 Please submit a single print copy of each original title published in 2015 for consideration to each of the jury members listed.

You can get a full list of jury addresses by contacting the Jury Chair. The jury considers all categories & genres, so please do not pre-screen your material. CBC. CCBC Booklists. Compiled by Megan Schliesman and Merri V. Lindgren. Association for Library Service to Children (ALSC) Children's Book Awards. Columbia University Freeman Book Awards on E/SE Asia. The Coretta Scott King Book Awards. Geoffrey Bilson Award for Historical Fiction for Young People - Canadian Children's Book Centre. The Geoffrey Bilson Award for Historical Fiction for Young People is awarded annually to reward excellence in the writing of an outstanding work of historical fiction for young readers, by a Canadian author, published in the previous calendar year. In 2008, the value of the prize was increased from $1,000 to $5,000.