Myziam – Iceberg Database. Permian Museum. Cyanobacteria also convert carbon dioxide into carbohydrates, providing a food source, and make the enzyme nitrogenase, which fixes nitrogen into a form that can be absorbed by plants and used in the synthesis of proteins and nucleic acids. 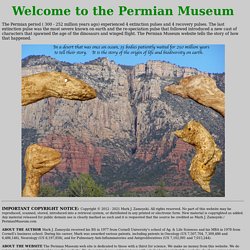 Prokaryotic cells have a tough triple layer cell wall, and can thrive near volcanic vents 3,500 feet below the ocean surface and live two miles deep in soil at pressures of 5,000 PSI. FRINGE OCCULT UNSOLVED AND OBSCURE PALEONTOLOGY ICEBERG 2021. Qualcomm Wolf Pigeon (April Fool, 2009) RGContemporaryAstrologyMay30. Modern criticism. Reality check - How could we fake a moon landing now? Starting with this UFO crap, then real wonders. Okay, let's get the damned UFO stuff out of the way first. 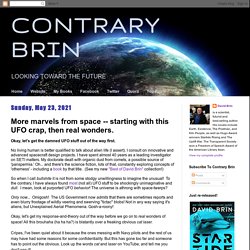 What are some real mysterious phenomenon with very strong evidence for existing, but no complete explanation? : slatestarcodex. GX Jupitter-Larsen's Sky-Snag Theory. Littlewood's Law and the Global Media · Gwern.net. I try to trace back “Littlewood’s Law of Miracles” to its supposed source in Littlewood’s A Mathematician’s Miscellany. 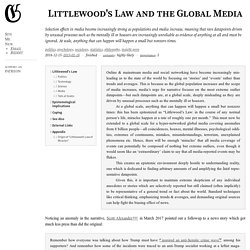 The Devils Hoofmarks Source Material on. What's The Harm? From Purple Haze to Golden Days. "Quake Hairs" Jesmond, S.S. Sauropods, Elephants, Weightlifters. Ince the time of the Great Renaming, which changed net.origins to talk.origins, Ted Holden has been repeatedly posting the claim that sauropod dinosaurs were too large to have existed in 1g acceleration. 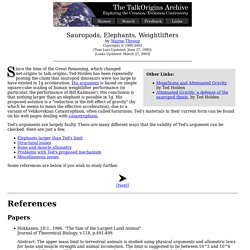 His argument is based on simple square-cube scaling of human weightlifter performance (in particular, the performance of Bill Kazmaier). His conclusion is that nothing larger than an elephant is possible in 1g. Earthquake sensitivity. Although proponents suggest the possibility that the claimed effects might work through known physical phenomena, and thus be amenable to scientific study, these claims are pseudoscientific[4] in that no evidence of such effects, nor any theory of how such effects might be perceived, has been presented in the scientific literature. 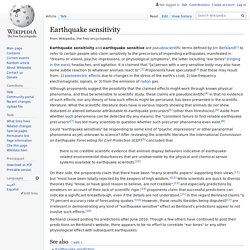 What the scientific literature does have is various reports showing that animals do not show disturbed or altered behavior attributable to earthquake precursors[5] (other than foreshocks).[6] Aside from whether such phenomena can be detected (by any means), the "consistent failure to find reliable earthquake precursors"[7] has led many scientists to question whether such precursor phenomena even exist.[8] Could "earthquake sensitives" be responding to some kind of "psychic impressions" or other paranormal phenomena as yet unknown to science? Berkland ceased posting his predictions after June 2010. See also[edit] Maple syrup event. The maple syrup event was the presence of a particular scent in New York City, and the response to this smell by the residents, various media outlets, and government agencies. 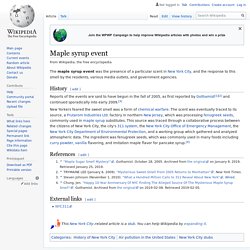 History[edit] Reports of the events are said to have begun in the fall of 2005, as first reported by Gothamist[1][2] and continued sporadically into early 2009.[3] New Yorkers feared the sweet smell was a form of chemical warfare. The scent was eventually traced to its source, a Frutarom Industries Ltd. factory in northern New Jersey, which was processing fenugreek seeds, commonly used in maple syrup substitutes. This source was traced through a collaborative process between the citizens of New York City, the city's 311 system, the New York City Office of Emergency Management, the New York City Department of Environmental Protection, and a working group which gathered and analyzed atmospheric data.

References[edit] External links[edit] The Wood between Worlds: Effective Mandela Theory. There are at least hundreds of thousands (or even millions) of people around the world who were shocked to hear that Nelson Mandela died recently. 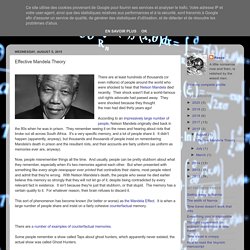 Their shock wasn't that a world-famous civil rights advocate had passed away. They were shocked because they thought the man had died thirty years ago! According to an impressively large number of people, Nelson Mandela originally died back in the 80s when he was in prison. They remember seeing it on the news and hearing about riots that broke out all across South Africa. Matthew Walker's "Why We Sleep" Is Riddled with Scientific and Factual Errors - Alexey Guzey. 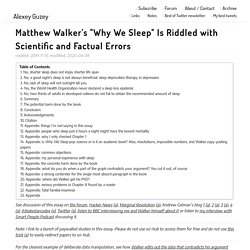 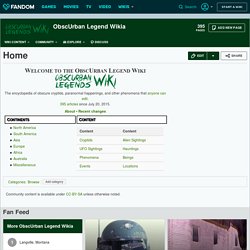 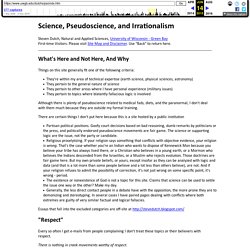 Use "Back" to return here. What's Here and Not Here, And Why Things on this site generally fit one of the following criteria: They're within my area of technical expertise (earth science, physical sciences, astronomy) They pertain to the general nature of science They pertain to other areas where I have personal experience (military issues) They pertain to topics where blatantly fallacious logic is involved. Metabunk. Debunking Mandela Effects – A rational exploration into the phenomenon. Start [] Anomalies: the Strange & Unexplained.