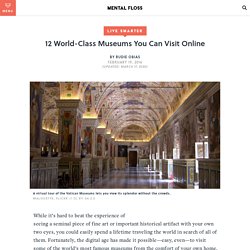 If you resolved to pick up a new hobby or just need to finally figure out how to do some home repairs on your own, we have you covered. Amy Bennett. Marwencol. Dom Krapski, Artiste - Fine Arte. Inside The World's Largest Food Fight. Marking the end of summer, on the last Wednesday of every August, thousands of revellers head to the town of Buñol, near Valencia, Spain, to take part in the world’s largest food fight. 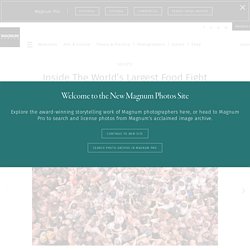 Over 100 metric tons of over-ripe tomatoes are thrown during the festival. The crowd, made up hedonists from all over the globe, numbered over 20,000 this year, a number that was restricted by local authorities: previous years saw masses of 40 or 50,000 people drawn to the city, creating a crush of humanity deemed too dangerous to be permitted to go on. This year, Magnum photographer Matt Stuart was one of the crowd, capturing the food fighters from the moment they climb a greasy pole, opening the event, and during the entire hour that the tomato fight lasts. “I soon realised that this was a once in a lifetime experience when I was being moved by the sheer flow of people, it became a human tidal wave of bodies,” notes the photographer. Explore Matt Stuart’s tomato fight in the slide show above. Movies & Meaning. Just another WordPress site. Factum Foundation. 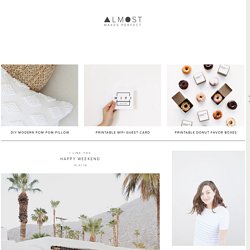 This week was pretty ok. i made some cool things in pottery and i salvaged something i almost destroyed so that felt really good. we’re going to ikea tomorrow to place our kitchen order!!! Going to do a post next week all about it. we also are going to a wedding this weekend — and i am SO FREAKING READY TO SEE WHO DIED ON WALKING DEAD. are you? Who do you think it is? Two people? Diy / halloween / holiday. My art belongs to Dada.

Hugo Ball (1886-1927), a German Dadaist author and poet, wearing the “Sorcerer’s” costume that Kevin Jackson describes below Read more from Kevin Jackson: The haunted summer of 1816 It was the evening of 23rd June 1916 at the Cabaret Voltaire, in Zurich. 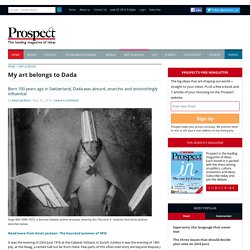 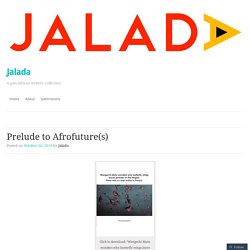 Jalada’s Afrofuture Anthology will be released on January 15th 2015. The Prelude, which features Binyavanga Wainaina’s profile of Wangechi Mutu, and her art, is a perfect expression of this shared dream among African artists to redefine how we envision future Africa. A group of Jalada editors are hard at work on the submissions, and here is what they have to say about it all. (Moses Kilolo, Managing Editor) Concerning Violence - Kino Lorber Theatrical Releases. Film Info Release Year: 2014 Running Time: 89 Color Type: Color Country: Africa (region), Denmark, Finland, Sweden, U.S. 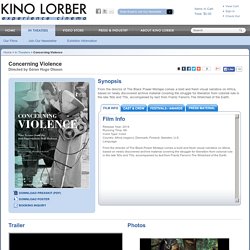 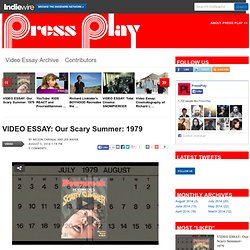 The cover of the June 1979 issue of Newsweek featured an image of Sigourney Weaver from Alien. Quality art books from Phaidon. Untold LA. Visual/method/culture. Beautiful/Decay Artist & Design - Daily Art And Design Blog. Exploring a Scented Life: a blog about perfume, cooking, literature, family. Lost At E Minor: For creative people » McSweeney’s Internet Tendency. The Unmutual Website - The Prisoner Patrick McGoohan Portmeirion Home Page. Best of 2013: Perfume and Otherwise. Best of 2013. This year has been a strange one for me; but considering that last year I didn't even get around to putting together an end-of-year summary, I guess all's well that ends well... 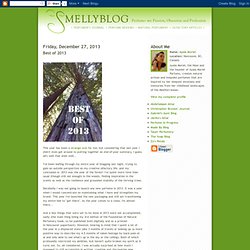 I've been leafing through my entire year of blogging last night, trying to gain an outside perspective on my creative olfactory life, and my conclusion is: 2013 was the year of the forest! I've spent more time than usual (though still not enough) in the woods, finding inspiration in the scents as well as the resilience and grounded stability of the thriving trees. Decidedly I was not going to launch any new perfume in 2013. It was a year when I would concentrate on maintaining what I have and strengthen my brand. Brad Mehldau. Synthetik week-end. Parfums de Nicolai L’Eau Mixte ~ fragrance review. James renneR. Hyperallergic — Sensitive to Art & its Discontents.

Yesterday's Perfume. Photography by Timm Suess. Totoro Times. Films For Action: Watch the Best Social Change Documentaries Ever Made. Radio Free Clear Light. University of New Mexico Art Museum. The Place Where the Laugh Laughs at the Laugh. The Sarah Silverman Program Episode Guide, News, The Sarah Silverman Program Photos, Spoilers, Games And More. Rancid Popcorn. Rancid Popcorn » patrick mcgoohan. Some Came Running.  Reviews. Interviews. Marginalia. Anna von Hausswolff. News. ▶ Mindful Cyborgs - Episode 4- Microchipped Happy Pills, Electromyography and One TRILLION sensors by ServiceSphere. TheWordsofTraitors. The Quietus. Watch Ekusute, the Japanese Horror film by Sion Sono. Jane Austen’s Contemporaries - Regency Reader. Janeites and hist-ro fans undoubtedly have wished at least once (if not many, many times) that there were more Austens to read and absorb, to soak in during a long hot soak, to curl up to at bedtime. 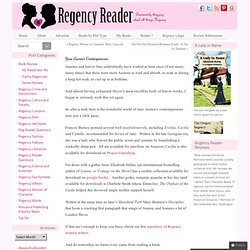 And almost having exhausted Heyer’s most excellent body of hist-ro works, I began to seriously wish this yet again. Join In - Venue. A blog about art and visual ingenuity. WELCOME TO THE CRAZY HORSE ! Since 1951, the most avant-garde cabaret in Paris celebrates the beauty, raw talent and personality of the sensual dancers in an unimitable, sophisticated and glamourous way. 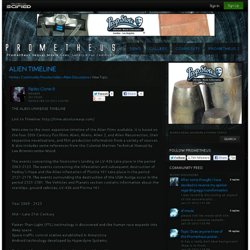 It is based on the four 20th Century Fox films: Alien, Aliens, Alien 3, and Alien Resurrection, their respective novelisations, and film production information from a variety of sources. Everything Is Terrible! Perfume Shrine. I Love Docs. CleverHomes presented by tobylongdesign - intro. Free Music with Neverending Playlist. Roz Chast. The Gombrich Archive.

The Art Institute of Chicago.