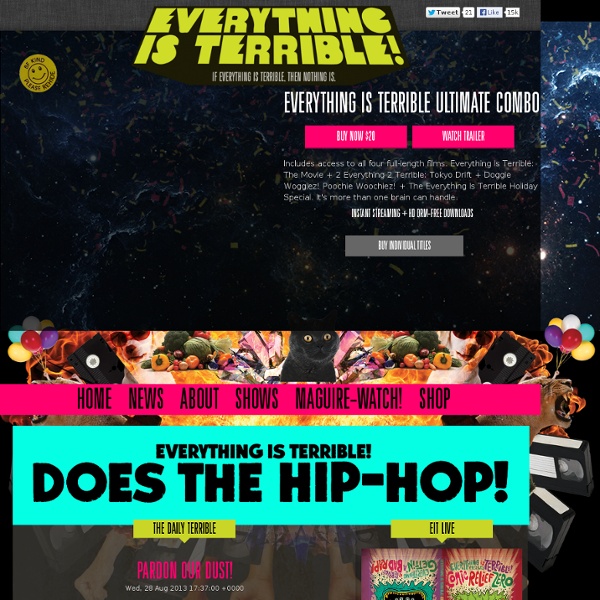 Most Popular TV Shows Coronation Street Coronation Street is credited as being one of the longest running soaps in the world and the longest running television soap in Britain (with the longest running overall being The Archers on BBC radio). The show has been on British TV screens since 1960 and has aired over 6,000 episodes. Coronation Street was created by Tony Warren, who drew on his own experiences living in Salford when developing the show for Granada Television in Manchester. The show's working title was Florizel Street. In a memo from Tony Warren to Granada, he explains the basis of the show: "A fascinating freemasonary, a volume of unwritten rules. Prometheus Movie Discussion Link to Timeline: Welcome to the most expansive timeline of the Alien films available. It is based on the four 20th Century Fox films: Alien, Aliens, Alien 3, and Alien Resurrection, their respective novelisations, and film production information from a variety of sources. It also includes some references from the Colonial Marines Technical Manual by Lee Brimmicombe-Wood.

Jane Austen’s Contemporaries - Regency Reader Janeites and hist-ro fans undoubtedly have wished at least once (if not many, many times) that there were more Austens to read and absorb, to soak in during a long hot soak, to curl up to at bedtime. And almost having exhausted Heyer’s most excellent body of hist-ro works, I began to seriously wish this yet again. So after a troll, here is the wonderful world of Jane Austen’s contemporaries now just a click away. Frances Burney penned several well received novels, including Evelina, Cecilia and Camilla recommended for lovers of Jane.

Vaporgenie, meilleur vaporizer-pipe Vaporgenie Classic ou Vaporgenie Aluminium Bat VG revendeur France <ul><li>This shop requires JavaScript to run correctly. Please activate JavaScript in your browser.</li></ul> Welcome, Log in Produits & Concept 10 Movies That Will Make You Go "Huh?" When you watch a lot of movies, every once in a while you’ll come across one that baffles you, and the range of reactions to this encounter are pretty fascinating. These types of movies aren’t simply the mindtrip types of movies like Inception or Memento that are labyrinthine in terms of their plot progression but are fairly clear by the end in what they’re about. Truly confusing movies, the type where you’re left wondering what the hell you just watched and what the point of it even being made could have been, can create responses anywhere from anger and resentment towards seemingly pretentious filmmakers to delight in the abstract, personal meaning a viewer can derive from something deliberately vague or opaque.

Some Came Running So. A couple of months, or weeks, or something, ago—my sense of time grows simultaneously more compressed and expanded as I grow older—someone on social media asked me where I ranked Bond movie X, and it reminded me that a few years back I labored somewhat mightily for my then-freelance-client, an entity called MSN Movies, on a lengthy piece in which I ranked the Bond pictures. That piece, published in annoying multi-click "gallery" form, has been purged from what is left of the MSN website, along with pretty much everything else I did for it. Fortunately, or unfortunately, I've been keeping my original submitted versions of much if not all of my work for my freelance clients backed up. So I thought, well, now that Spectre's coming out, everybody else is ranking the Bond films, why shouldn't I get some of that Secret Agent Traffic? It’s the 50th anniversary…not of James Bond himself, who was invented by author Ian Fleming in 1953.

What To Watch On Netflix, Part 3: Overlooked Gems Now that I've got the Classics and the Pretty Good Bets lists out of the way, welcome to my list of Netflix's Overlooked Gems. This was the Netflix recommendation roster I had the most fun compiling (it's not every day that having watched so much cult TV comes in handy). Adding to the fun: This list comes with a cherry on top, in the form of some exciting news. HuffPost TV can exclusively reveal that all five seasons of the much-loved NBC spy drama "Chuck" will be available in the U.S. for streaming on Netflix on Nov. 1. "Chuck" is a good poster child for this list, which is all about shows with fervent but smallish fan bases -- these are all shows that, for one reason or another, deserve wider attention but in many cases weren't big hits when they first aired. Once again, here are the caveats for all three lists:

Best of 2013 This year has been a strange one for me; but considering that last year I didn't even get around to putting together an end-of-year summary, I guess all's well that ends well... I've been leafing through my entire year of blogging last night, trying to gain an outside perspective on my creative olfactory life, and my conclusion is: 2013 was the year of the forest! I've spent more time than usual (though still not enough) in the woods, finding inspiration in the scents as well as the resilience and grounded stability of the thriving trees. Decidedly I was not going to launch any new perfume in 2013. It was a year when I would concentrate on maintaining what I have and strengthen my brand.

Mapacho Indian Tobacco; Nicotiana rustica bundles. Quality items like this are why we are rated number one on the net. Nicotiana rustica, known in South America as Mapacho,. is a very potent variety of tobacco. The leaves have such a high concentration of nicotine, it can be used to create organic pesticides. Rustica is also used for entheogenic purposes by South American shamans. Growing in the rainforest it contains up to 20 times more nicotine than common North American varieties such as N. tabacum. Other reasons for its shamanic use are the comparatively high levels of MAOI beta-carbolines, including harmine, harmaline and tetrahydroharmine. Most commonly, it is allowed to soak in water, and the water is then insufflated; it is also smoked in cigars and used as an enema and as an anthelmitic effective against tapeworm infections.