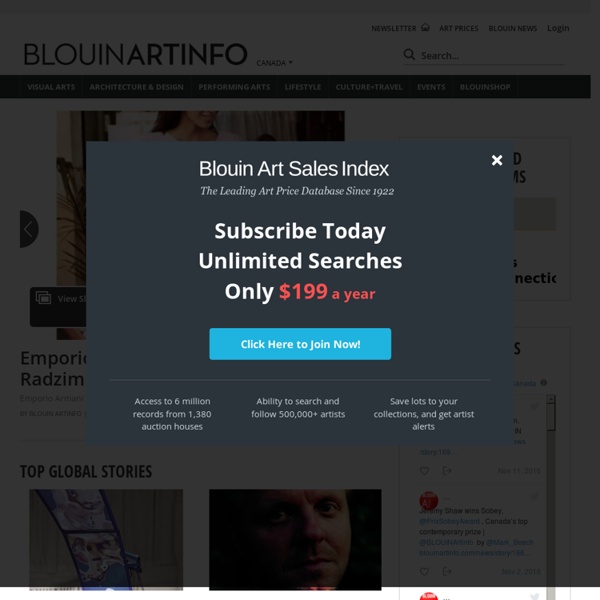 The Digital Gallery: How Social Media is Democratizing the Art World? New York Event Description: Join Youngglobal.net and Edelman for a spirited discussion on the convergence of social media and the art world. This discussion will examine how the new digital landscape has re-defined how we create, engage and share art. Often when one thinks of the art world images of exclusive exhibition openings, wealthy collectors, million dollar paintings and a world that pales in comparison to the average "Joe" come to mind. Fortunately, this paradigm has slowly began to change due to the infiltration of social media in our day-to-day life. The new digital landscape, social media has become a robust hub for sharing, showcasing and engaging with art in a refreshingly dynamic manner.

Prometheus Movie Discussion Link to Timeline: Welcome to the most expansive timeline of the Alien films available. It is based on the four 20th Century Fox films: Alien, Aliens, Alien 3, and Alien Resurrection, their respective novelisations, and film production information from a variety of sources. It also includes some references from the Colonial Marines Technical Manual by Lee Brimmicombe-Wood. The events concerning the Nostromo's landing on LV-426 take place in the period 2063-2123. The events concerning the infestation and subsequent destruction of Hadley's Hope and the Alien infestation of Fiorina 161 take place in the period 2127-2179. Artmagazine North by North March 30th, 2009 Scandinavian Graphic Design Earth, water and air are dominant themes in Scaninavian contemporary graphic design, which is brilliantly explored in North by North, a lavishly illustrated new title from visual culture specialty publisher Die-Gestalten Verlag.

Art Contextually it’s pivotal, an artistic exploration of the metaphysical, developed in the digital; all rhymes aside, Los Angeles based artist Anthony Gargasz,’s new collection ‘Metallic Faces’ simply cannot be ignored for these three reasons. Fifteen years ago there was no such thing as ‘Photoshop art’. The thought that art could be generated on computers would have made traditionalists cringe. Jane Austen’s Contemporaries - Regency Reader Janeites and hist-ro fans undoubtedly have wished at least once (if not many, many times) that there were more Austens to read and absorb, to soak in during a long hot soak, to curl up to at bedtime. And almost having exhausted Heyer’s most excellent body of hist-ro works, I began to seriously wish this yet again. So after a troll, here is the wonderful world of Jane Austen’s contemporaries now just a click away. Frances Burney penned several well received novels, including Evelina, Cecilia and Camilla recommended for lovers of Jane. Written in the late Georgian era, she was a lady who braved the public scorn and censure by brandishing a wickedly sharp pen. All are available for purchase on Amazon; Cecilia is also available for download on Project Gutenberg.

Module R Blog Francis Bitonti is pushing the boundaries of 3D printed fashion with his Bristle Dress, a look-at-me-now skirt that you can print at home. And given that you probably can’t ever sit down without crushing it that’s probably about as far as you’ll want to go with it on. Leaving details like this aside, this design tour de force is one more example of where creative 3D printing can go when the imagination is unfettered by the weight of convention.

Federal Art Project Employment and activities poster for the WPA's Federal Art Project (1936) The Federal Art Project (FAP) was the visual arts arm of the Great Depression-era New Deal Works Progress Administration Federal One program in the United States. It operated from August 29, 1935, until June 30, 1943. Reputed to have created more than 200,000 separate works, FAP artists created posters, murals and paintings. Some works still stand among the most-significant pieces of public art in the country.[2] The FAP's primary goals were to employ out-of-work artists and to provide art for non-federal government buildings: schools, hospitals, libraries, etc.

Some Came Running So. A couple of months, or weeks, or something, ago—my sense of time grows simultaneously more compressed and expanded as I grow older—someone on social media asked me where I ranked Bond movie X, and it reminded me that a few years back I labored somewhat mightily for my then-freelance-client, an entity called MSN Movies, on a lengthy piece in which I ranked the Bond pictures. That piece, published in annoying multi-click "gallery" form, has been purged from what is left of the MSN website, along with pretty much everything else I did for it. Fortunately, or unfortunately, I've been keeping my original submitted versions of much if not all of my work for my freelance clients backed up.

mischer'traxler ampelmann Ampelmann is a suggestion of a new pedestrian-traffic light. It reminds and encourages people to practice more sports. One jumping jack burns 7 kcal - how often do you wait? 24 Unforgettable Advertisements Why should ads be boring? Check out this collection of unforgettable advertisements from around the world. Nissan Cube Advertisement Best of 2013 This year has been a strange one for me; but considering that last year I didn't even get around to putting together an end-of-year summary, I guess all's well that ends well... I've been leafing through my entire year of blogging last night, trying to gain an outside perspective on my creative olfactory life, and my conclusion is: 2013 was the year of the forest! I've spent more time than usual (though still not enough) in the woods, finding inspiration in the scents as well as the resilience and grounded stability of the thriving trees.

Dedicated Follower of Fashion: Yinka Shonibare MBE at the Brooklyn Museum. « C-MONSTER.net The Swing (After Fragonard), 2001. (Photos by C-M.) There is such a thing as too much of a good thing and Yinka Shonibare’s solo show at the Brooklyn Museum is it. Don’t get me wrong. His sculptures are a wonder to look at, skillfully-crafted ensembles that meld African-style Dutch wax fabrics with 18th century and Victorian fashion — all arranged in dramatic dioramas. This is paired with an all-important subtext: the pieces insert representations of African-ness into traditional European art, reminding us that the African experience has long been a part of Western culture, even if it has been barely depicted on canvas.