: The magic of the Internet. Cash Flow Template for Small-Scale Slaughterhouse. This cash flow template (excel) is designed to help test the feasibility of establishing a small-scale, low-tech, mixed species slaughterhouse and processing facility. 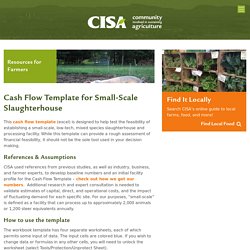 While this template can provide a rough assessment of financial feasibility, it should not be the sole tool used in your decision making. References & Assumptions CISA used references from previous studies, as well as industry, business, and farmer experts, to develop baseline numbers and an initial facility profile for the Cash Flow Template – check out how we got our numbers. Additional research and expert consultation is needed to validate estimates of capital, direct, and operational costs, and the impact of fluctuating demand for each specific site. The Best Shot Placement on Deer. The Best Horror Films of 2020 So Far (with Reviews!)

Every Decemeber, we make a list naming our favorite films released that year. 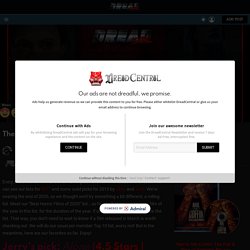 You can see our lists for 2017 and some solid picks for 2019 by Jerry and Josh. We’re nearing the end of 2020, so we thought we’d try something a bit different: a rolling list. Meet our “Best Horror Films of 2020” list… so far. We’ll share our favorite film of the year in this list, for the duration of the year. The 100 Best Horror Movies of All Time - Paste. This list has been a long time coming for Paste. 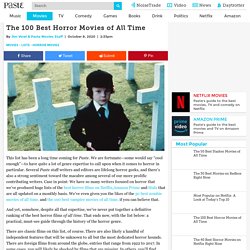 We are fortunate—some would say “cool enough”—to have quite a lot of genre expertise to call upon when it comes to horror in particular. Several Paste staff writers and editors are lifelong horror geeks, and there’s also a strong sentiment toward the macabre among several of our more prolific contributing writers. Case in point: We have so many writers focused on horror that we’ve produced huge lists of the best horror films on Netflix,Amazon Prime and Hulu that are all updated on a monthly basis. We’ve even given you the likes of the 50 best zombie movies of all time, and the 100 best vampire movies of all time, if you can believe that. And yet, somehow, despite all that expertise, we’ve never put together a definitive ranking of the best horror films of all time. OA: How to Read an Options Chain - Raging Bull. Traders need to know how to pick the right expiration date. 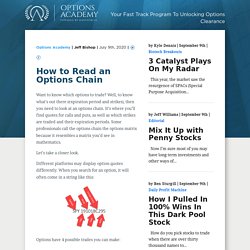 You don’t get to own an option forever like you could a stock. These are fixed dates that expire in the future, so you need to buy the right one that fits with your strategy. If you buy an option with expirations too far out in the future, even while you’re right on the stock in the short term, the value of the option won’t go up as much as if you bought a nearer-term expiration. If you go too short-term on your expiration, then the stock might not move in the time you own the option. 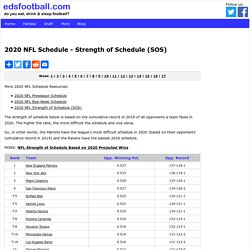 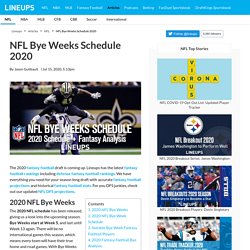 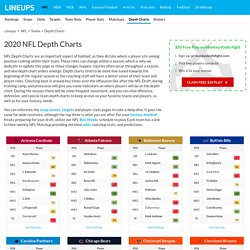 Sports betting is legal in the United States and making it's way through state legislation across the country. New Jersey has live mobile apps and Pennsylvania sports betting is legal. Acres Homes is still a Houston barbecue hotspot. 1 of 13 Links and ribs plates, and sandwiches at Burns Original BBQ Photo: J.C. 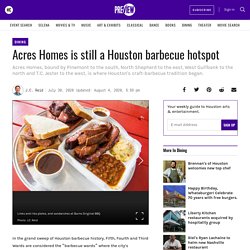 Reid In the grand sweep of Houston barbecue history, Fifth, Fourth and Third Wards are considered the “barbecue wards” where the city’s smoked-meat traditions took root in the late 1800s. But another neighborhood has had an outsized influence on Houston’s contemporary barbecue scene. Craft barbecue is, of course, the trend originating in Central Texas about a decade ago representing a return to traditional smoking techniques, specifically the use of all-wood pits and high-quality ingredients. There is some irony in a style of barbecue originating in Central Texas taking root in Acres Homes. Fantasy Football: Best and worst value picks by round (1-8) #26 of the New York Giants celebrates after scoring a touchdown in the first half against the Redskins at FedExField on December 22, 2019 in Landover, Maryland. 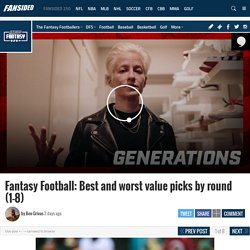 NFL team by team opt-out tracker: Devin Funchess, Patrick Chung among players who will pass on 2020 season. Playing: Patriots Players Continue To Opt Out (2:20) The NFL and the NFL Player's Association agreed to a plan that allows players to opt-out of the upcoming season if they are uncomfortable with the COVID-19 health protocols put in place. 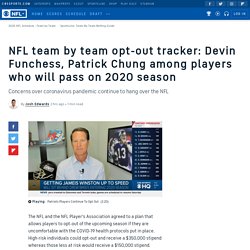 High-risk individuals could opt-out and receive a $350,000 stipend whereas those less at risk would receive a $150,000 stipend. Players have the ability to opt-out later in the season, as well, in the event that a family member becomes sick. A Paddler’s Bailout Bag. Learn how to pack your own emergency survival kit containing the essentials for first-aid, improvised shelter, and more. “We do survive every moment, after all, except the final one.” John Updike There he was, a mile above the French countryside, belching smoke on two cylinders and leaking fuel, with a bullet-riddled aileron, and three Messerschmitts on his tail. Time to exit stage left. Running Backs Primed For Increased Touches (2020 Fantasy Football) The departure of Melvin Gordon leaves 204 touches up for grabs for Austin Ekeler in 2020 Every year we have players changing teams. The majority of the fantasy community becomes obsessed over starting caliber pieces on new squads. While that is rightfully worth attention, the often overlooked are returning running backs with departed depth of competition.

9 Riskiest Players to Draft (Fantasy Football) Even if you are lucky enough to attain the first overall pick in your draft and surround yourself with the large, comforting security blanket named Christian McCaffrey , you, like everyone else, will inevitably be faced with the tough choice of considering players whose risk is just as great as their reward. Missing out on the postseason or winning a title sums up the range of outcomes that will result from your choices on draft day. Since you (obviously) prefer the latter, you’d be wise to exercise caution when it comes to the athletes our featured pundits would rather avoid due to their extreme risk. Read on below to see both who the experts will eagerly pass on and who they’d desire to grab instead. 2020 Fantasy football draft prep: Tips, rookies, top 150 rankings from accomplished experts. Playing: Tiki and Tierney: Several Cowboys players test positive for the coronavirus (2:09) Fantasy football owners are always looking for upside performers to help their teams perform above expectations.

Who are the prime 2020 Fantasy football breakouts for this season? Falcons wide receiver Calvin Ridley is on the verge of his best year yet. Atlanta had the highest pass/run ratio in the NFL last season, and the Falcons' air attack should continue to light up the scoreboard this season. Second-Year Players Ready To Break Out (2020 Fantasy Football) Beyond our fantasy football content, be sure to check out our award-winning slate of Fantasy Football Tools as you prepare for your draft this season. From our Cheat Sheet Creator – which allows you to combine rankings from 100+ experts into one cheat sheet – to our Draft Assistant – that optimizes your picks with expert advice – we’ve got you covered this fantasy football draft season.

The beginning of a new football season ushers in a fresh class of rookies that eagerly seek to make a positive first impression on the league. This translates to fantasy football, where young players who have a chance to make an immediate impact on their teams are coveted. Titleist 2020 Golf Gear Catalog. FiveThirtyEight NFL Predictions Game Modeling by David Glidden - Google Sheets.

The most revolutionary ideas are sometimes the simplest. Almost 10 years ago, Dean Oliver introduced what he called "Roboscout" by discussing the four factors for winning basketball games. Oliver has come up with a lot of interesting measures through the years, both before and during his life as the head of ESPN's sports analytics team, but his most lasting idea wasn't really a measure at all. It was the basketball version of the "You throw the ball, you hit the ball, you catch the ball" quote from Bull Durham: you hold onto the ball, you shoot the ball, you grab the misses, you draw contact. But Oliver's four factors concept has become commonplace. They are the basis for Ken Pomeroy's statistical profile pages, and Statsheet.com creates four factors graphs (among others) for every college basketball game. Google Image Result for. Google Image Result for. Sac de Dicks-envoyé anonymement. 2019 RAM Adjustable Air Suspension Links For Lifting.