Liam suggests Harry and Louis do Seven Minutes in Heaven, just like they always used to in high school. These Constant Stars words: 31069 chapters: 1/1 summary: Louis’ career has nowhere to go but up. This is a story about life, death, and punk rockers turned guardian angels. aatyo: Title: Won’t See It Coming Til It’s Already GoneRating: ExplicitWord Count: 12,631Summary: “Tell me that this is a fake,” Peter says, slapping a handful of papers against Louis’ chest. Let's start over (let's give love their wings) words: 29741 summary: “Hi.” “Not really.” “My feet are too big and my legs are too long.”

Louis can’t help himself. [or, the Uni AU where Louis’ heartbroken and Harry just wants to help] I Don't Want You To Leave, Will You Hold My Hand? Rating: Explicit Chapters: 1/1 Words: 19,311 littlebigspoun: do what you want with my body Scoring Position. HARRY AND LOUIS. Anonymous asked: "YOURE BACK OMG YES" YESS:D i finally settled and i feel reattached to this blog so i will be posting daily once again :D x !! 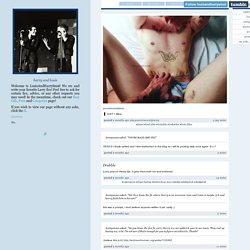 Louis pees in Harrys lap. It gets them both hot and bothered. Anonymous asked: "hiii do u know the fic where harry is an icecream man and Louis is maybe 5/6 and harry fucks him in his van? " this was a prompt, i dont believe anyones written it yet. sadly :( Anonymous asked: "Do you know the fan fic were Harry is a sex addict & goes to see Louis.

I believe this is it:) louis is a terrible poet and harry lives in the now and they have six weeks to fall in love but, really, it only takes six seconds. bookshop meets military meets summer romance au ft. marlboros, the backstreet boys, and underrated literary devices. Too much on my mind. "best damn avacados" You did that shit. Hidden Love; Hidden Smut. Bigger the Bum, Better the Ride. A mutants/superpowers AU. 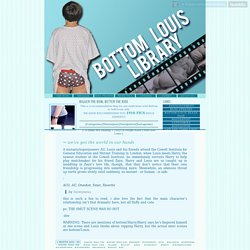 Louis and his friends attend the Cowell Institute for General Education and Mutant Training in London; when Louis meets Harry, the newest student at the Cowell Institute, he immediately recruits Harry to help play matchmaker for his friend Zayn. Harry and Louis are so caught up in meddling in Zayn’s love life, though, that they don’t notice that their own friendship is progressing into something more. Meanwhile, an ominous threat up north grows slowly until suddenly, no mutant - or human - is safe. AO3, AU, Oneshot, Smut, Favorite by Anonymous this is such a fun to read, i also love the fact that the main character’s relationship isn’t that dramatic here, but all fluffy and cute ps: THE SMUT SCENE WAS SO HOT -dee WARNING: There are mentions of bottom! 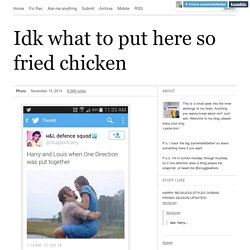