The 3 Best Copywriting Formulas for Email Marketing. How Integrating Social Media Into The Rest Of The Business Will Increase Revenue. An Apple iPhone X with icons of social media apps.Getty Social media teams – both marketing and customer service – often sit by themselves in organizations, likely because management doesn’t quite know what to do with them. 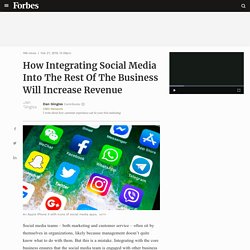 But this is a mistake. Integrating with the core business ensures that the social media team is engaged with other business units to share and act upon customer feedback. Why Real Estate Agents Must have a Content Marketing Strategy in 2019 - RealtyBizNews: Real Estate News. How to start a marketing strategy in social networks - The Frisky. As you probably already know, the influence of social networks on people’s lives is immense. 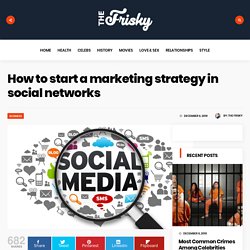 Blake Lawrence, CEO and co-founder of opendorse, talks about the advice he gives the athletes he works with for building on their fan base. 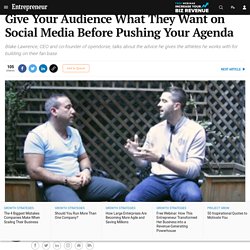 December 8, 2018 1 min read Opinions expressed by Entrepreneur contributors are their own. Emotions tend to run high for sports fans, which is why tapping into fanhood is so important for the marketing efforts of today’s top brands. Is Your Brand Relevant as a Toaster and Avocado? 10 Strategies to Stand Out in 2019. Podcast: Play in new window | Download. A Complete Guide to Branded Content Strategy. How to Use LinkedIn Dynamic Ads. FAANGs Move Over: Blockchain Gives Content Creators 'New Avenues' To Succeed. How IT Companies Can Win at Paid Social. Managed IT service companies can find an audience on social media. 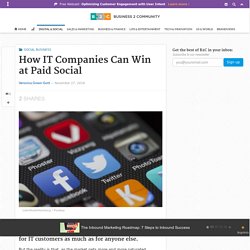 It’s the focus of modern attention – for IT customers as much as for anyone else. But the reality is that, as the market gets more and more saturated, reaching an audience in the midst of the noise gets harder. That’s especially true as social channels continue to monetize their businesses; on platforms like Facebook, normal organic posts are only reaching 10% of your entire follower base. That’s rough. YouTube Marketing: 5 Proven Strategies to Generate More Sales for Your E-Commerce Business. Why Is Social Media Important For Businesses? Eye On The Future: Top Five Digital Marketing Strategies Of 2019. In the ever-changing digital landscape, what worked before might not work tomorrow. 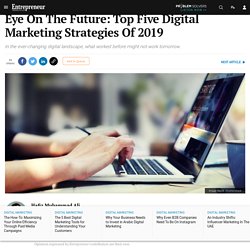 November 20, 2018 5 min read Opinions expressed by Entrepreneur contributors are their own. You're reading Entrepreneur Middle East, an international franchise of Entrepreneur Media. As 2019 approaches, there could be a dramatic shift in the digital marketing scene which encompasses SEO, social media, content marketing and more. In a constantly changing high-tech era, companies continue to wrestle for attention online. Android news and kids apps contain the most third-party trackers. An academic study of nearly one million Android applications reveals that most apps contain third-party tracking code, and that "news apps and apps targeted at children appear to be amongst the worst in terms of the number of third-party trackers associated with them. 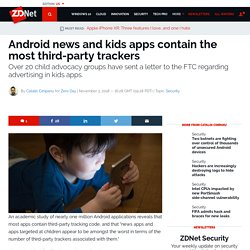 " The University of Oxford research consisted of a team of academics downloading 959,426 Android apps from the official Google Play Store and analyzing the domains loaded from within their code. Even from the early stages of the investigation, it became clear to researchers that almost all apps were using tracking code, and that the work wouldn't end up identifying the percentage of apps that loaded tracking code, but the amount of trackers each app used in general. They found that the median number of trackers per app was 10 and that 90.4 percent of apps included at least one tracker, while 17.9 percent included more than 20. Related coverage: How to Make Money on Instagram: A Guide. Five Ways To Use Social Networks To Sell Products.

I have been hearing a lot of marketers talk about “social commerce,” which is exactly what it sounds like: using social media networks to help sell products online. 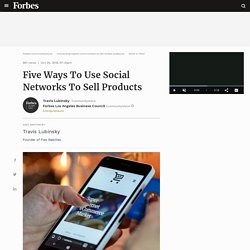 This may sound like a relatively new idea, but when you take a deeper look, social commerce was actually introduced by Yahoo in late 2005. At the time, things like product reviews and sharing wish lists were cutting edge, but that was one of the early examples of combining social networking with online commerce. Technology has since evolved, but the idea remains the same. 8 of the Biggest Mistakes Entrepreneurs Make When Presenting to Investors - new from #Breakthrough. Whatever you do, don't say any of the following eight things when making a play for money. 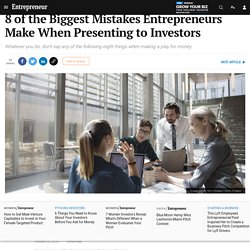 October 25, 2018 6 min read Opinions expressed by Entrepreneur contributors are their own. The following excerpt is from Scott Duffy’s book Breakthrough. Buy it now from Amazon | Barnes & Noble | iBooks | IndieBound. How Amazon’s retail revolution is changing the way we shop. In the course of a single generation, Amazon has grown from fledgling online bookseller to one of the most valuable and powerful corporations in modern history. 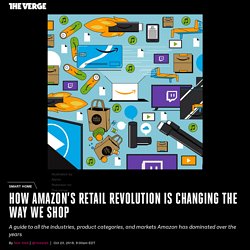 The empire of CEO Jeff Bezos has grown so vast that critics, overseas regulators, and Washington politicians are all now wondering whether the company has become an unstoppable force, and what, if anything, is capable of reining in its reach. A recent spat with Sen. Bernie Sanders (D-VT) resulted in a minimum wage hike for tens of thousands of employees, but Amazon still operates largely without any meaningful checks on its power even as it aggressively expands into physical retail, the smart home, and warehouse and aviation robotics.

Yet despite having a hand in so many different industries, consumers largely trust Amazon with everything from their personal information and buying habits to the literal conversations they have in their own homes. Print books. Marketing for SME: Small in size, large in ambition: Marketing strategies to help build a brand. By Sunil Alagh SMEs play a key role in the economic development of a country, not just by being the largest segment of Indian industries, but also providing employment at a local level. They provide the perfect counter to large scale 'assembly line' manufacturing by bringing into the picture simple entrepreneurial elements like product/service innovation, category disruption, customization and catering to niche needs.

India has hundreds of thousands of SMEs and MSMEs who have, over the years, built tremendous expertise in manufacturing, operations, repairs and customer service. These companies are among the best in their categories and have been so for a good part of the decade, yet we have seen that building a brand beyond a limited stakeholder set has never been their focus. Brand building, especially for SMEs, unlocks value beyond a set of product functions and operations.

Walmart reveals the most bizarre top-selling items in every state (WMT) Walmart.com analyzed the hottest-selling items in every state and found some unusual top sellers. According to the data, New Yorkers love Cheerios, Californians love protein powder, and Ohioans are big fans of grape-flavored drink mix. Walmart knows more about what Americans are buying than any other US retailer, thanks to its sheer size. The company tracks shoppers' purchases across Walmart.com and its more than 4,700 US stores. How To Woo Millennials With Your Content Marketing. Amazon Spark: What It Is, Why It Makes Sense, and What It Means for Marketers - DMN. July 20, 2017 A breakdown of Amazon's new discovery and social-selling feature Image source: Amazon Spark Jeff Bezos is taking the challenge of social selling into his own hands. Free seminar to provide education on homebuying process.