Why Design Thinking Works. Occasionally, a new way of organizing work leads to extraordinary improvements. Total quality management did that in manufacturing in the 1980s by combining a set of tools—kanban cards, quality circles, and so on—with the insight that people on the shop floor could do much higher level work than they usually were asked to. That blend of tools and insight, applied to a work process, can be thought of as a social technology. In a recent seven-year study in which I looked in depth at 50 projects from a range of sectors, including business, health care, and social services, I have seen that another social technology, design thinking, has the potential to do for innovation exactly what TQM did for manufacturing: unleash people’s full creative energies, win their commitment, and radically improve processes. The Challenges of Innovation To be successful, an innovation process must deliver three things: superior solutions, lower risks and costs of change, and employee buy-in. 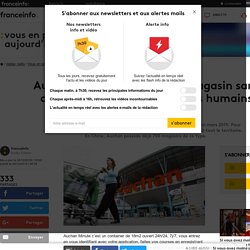 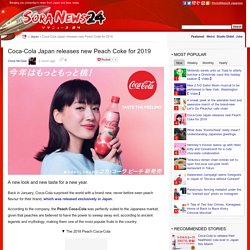 Back in January, Coca-Cola surprised the world with a brand new, never-before seen peach flavour for their brand, which was released exclusively in Japan. According to the company, the Peach Coca-Cola was perfectly suited to the Japanese market, given that peaches are believed to have the power to sweep away evil, according to ancient legends and mythology, making them one of the most popular fruits in the country. The Secret to Leading Organizational Change Is Empathy. Executive Summary If you are a company leader hoping to undertake a successful organizational change, you need to make sure your team is onboard and motivated to help make it happen. 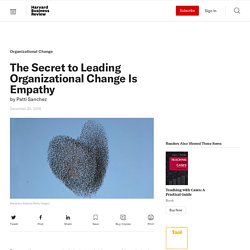 The following strategies can you help you better understand your employees’ perspectives. How do we design and create safe and circular products? Stella McCartney Slams Fast Fashion as a Threat to the Environment. Photographer: Jeff Spicer/Getty Images Fashion designer Stella McCartney called on business leaders and politicians to help the industry reduce its impact on the environment. 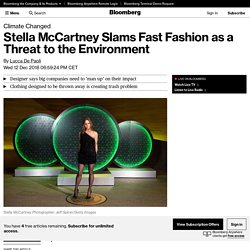 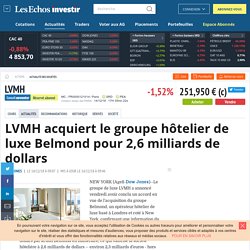 Nwna announces recycled plastic in packaging milestone. Aging in Advertising cartoon. Corona to introduce plastic-free six-pack rings on its beer cans. Is Cwtch the New Hygge? The Danish lifestyle craze of hygge took the world by storm in 2016. 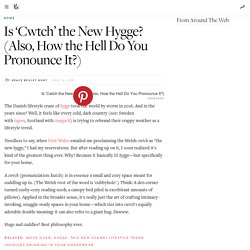 And in the years since? Well, it feels like every cold, dark country (see: Sweden with lagom, Scotland with còsagach) is trying to rebrand their crappy weather as a lifestyle trend. Needless to say, when Visit Wales emailed me proclaiming the Welsh cwtch as "the new hygge," I had my reservations. At Balmain, Does a New Logo Signal New Opportunity? PARIS, France — Parisian fashion house Balmain is getting a new logo for the first time in 70 years. 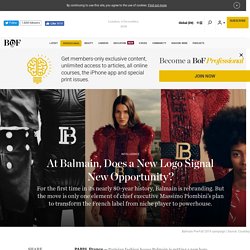 To collaborate on the refresh, creative director Olivier Rousteing enlisted design studio Adulte Adulte to update the brand’s primary signifier from a traditional inline typeface to a minimalist sans-serif font. For Balmain chief executive Massimo Piombini, the tweak represents more than a simple change in lettering. Since his arrival in April 2017 from Valentino, where he was worldwide commercial director, Piombini has observed the public’s obsession with Rousteing, whose singular, social-media-fuelled vision has given the label a new kind of status. Rousteing, who succeeded Christophe Decarnin in 2011, proved that lukewarm-at-best reviews from critics were no match for an Instagram following of more than 5 million and plenty of celebrity clients — notably, the Kardashians. 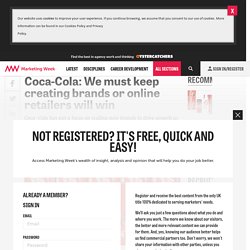 Speaking exclusively to Marketing Week, Javier Meza, CMO of sparkling at Coca-Cola, says: “The only way to remain in business is creating brands. The moment we stop creating brands then the e-retailers are going to rule.” He adds: “The moment people stop deciding they want a Coke then Amazon is going to decide the brand they have.” Meza was speaking on his first day in the CMO role at a press event in Atlanta, US, organised by Coca-Cola earlier this month. He has spent more than 20 years at the company, the last 18 months as vice-president of marketing for Asia Pacific. Ressources.qwamplify. Découvrez comment la promotion influence le Consommateur en ligne et en magasin, sur chaque point de contact et tout au long de son parcours. 22 pages d'analyses et de statistiques sur les sujets-clés de la promotion. 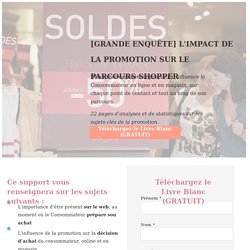 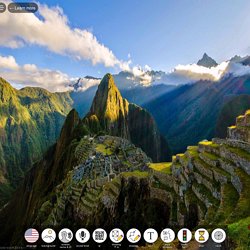 I'm a teacher in the Netherlands and I wanted to use a simple tool with all my favorite digiboard widgets to help my students focus more on their work. I could not find such a thing, so I decided to make it myself. EBay and Harvey Nichols partner Disney ahead of bumper year of releases. As Disney approaches a year in which six of its biggest properties – Avengers, Star Wars, Toy Story, Frozen, The Lion King and Aladdin – will get new instalments or remakes, it is aiming to continue developing brand partnerships that bring something new to the table. This Friday sees the release of Ralph Breaks the Internet, the sequel to 2012’s Wreck-It Ralph, the story of a video game villain who grew tired of being pigeonholed.

This time round, Ralph and his friend Vanellope are forced to venture out into the internet when her racing game is threatened with removal from the arcade in which they live. In the run-up to the release, Disney worked with long-standing partner eBay, again teaming up with a big-name YouTuber. The two brands have previously brought on board Colin Furze, known for building crazy contraptions, to construct a life-size Hulkbuster and TIE Fighter to mark the release of Avengers: Infinity War and Star Wars: The Last Jedi respectively. Converse One Star Hotel redefined creativity in live events. Choose your words wisely - Gamestorming. Humans live in language. It defines what we do, how we do it, and why we do it. Language is the bedrock of our cultures and societies. As with fish in water, we go about our daily business without paying much attention to the language around us and how it influences us. Information architect and author, Jorge Arango developed Semantic Environment Mapping years ago to make visible the everyday language through which we so naively swim.

Object of PlayThe Semantic Environment Canvas will help you understand the language, rules, and power dynamics that make it possible for people to accomplish their purposes in particular situations—or hinder them from doing so. Owner of Gucci and Yves Saint Laurent announces partnership with Apple to build apps. Why brand plays a key role in marketing effectiveness. Brands that want to improve marketing effectiveness need to balance long- and short-term effects and ensure they don’t forget about the importance of creativity, according to marketing effectiveness experts. Speaking in the final episode of our series on marketing effectiveness, created in partnership with Thinkbox, Mark Ritson says: “It comes down to having one, maybe two objectives that are about delivering the kind of dollar return next year that will keep everyone happy. [And then] we normally add in maybe one more objective, which is longer-term brand building, less immediate return, as well.

“As long as I can get my budget to cover the short-term return and the longer-term impact that will set things up for future years, we are in good shape.” However, Matthew Chappell, a partner at Gain Theory, warns that the proportion of brands doing a “good job” of measuring long-term value is nowhere near as high as those measuring short-term impacts. Consultants en Relation Clients, Centres de Contacts et CRM - CustUp. Campaignlive.co. Seth Godin: "Trust Is As Scarce As Attention" Seth Godin is well known in the marketing industry as both a businessman and an author of over 18 best-selling books. This year he was inducted into the American Marketing Association’s Marketing Hall of Fame and today releases his newest book, This Is Marketing.

Below is a short excerpt from the book in which Godin waxes poetic on fame and trust, and where marketing fits between those two ideas. Youth Futures 2018 : Report. La Commission Affiliation en deux mots. Unilever partners with Veolia to create circular economy for plastic packaging. Halo Top on disrupting the ice cream market: We haven't been trained to think inside the box. Five years ago, ice cream and weight loss would have been considered polar opposites; yet fast-forward to today and the shelf is cluttered with tubs proclaiming their low-calorie count.

The growing popularity of ‘healthy’ ice cream is in part down to the rise of one brand, Halo Top, whose low-calorie, high protein tubs have been flying off the shelf since 2016. Halo Top uses sugar substitutes stevia and erythritol to sweeten the ice cream without racking up the calorie count. It’s rise has caused such a stir that big brands are taking notice. Unilever, which owns Ben & Jerry’s, has spoken of the competition, with CFO Graeme Pitkethly telling investors last October that “very, very quickly” Halo Top had “taken 1.5 share points from us”.

READ MORE: How Häagen-Dazs is reimagining the brand for the Instagram generation And just last week Unilever launched a competitor brand, Culture Republick, in the US, and has introduced lower calorie flavours of Ben & Jerry’s. SodaStream Offers Halloween 'Costume' For Their Flagship Appliance. SodaStream gave their flagship appliance a halloween costume—a sort of Halloween prank from the millennial-focused company. Reese's Swaps Unwanted Halloween Candy In Continued Push Of #NotSorry. Reese’s launched an activation for New York residents that lets them exchange unwanted Halloween candy. Saying its candy is better than the rest is all part of Reese’s new #NotSorry campaign. It’s an age-old complaint—you get home from a long night of trick-or-treats only to find that your haul is plagued by candy you can’t stand. Sometimes you can pawn them off to your little brother, but we’ve all been left with undesirables that just hang around until they become fossilized.

Reese’s is offering a simple solution—change that candy into what you want—as long as what you want is Reese’s. Citing a statistic that 99 percent of Americans wish they could trade their Halloween candy, a branded vending machine has been erected near Washington Park in NYC that does just that. California Management Review. Corporate Political Responsibility (CPR) Of the Fortune 500 companies, 80% now issue sustainability reports, and interest in Corporate Social Responsibility (CSR) has been growing. What is the Circular Economy? 0008125618764691. SAGE Journals: Your gateway to world-class journal research. Un premier magasin Amazon Fashion. The Evolution of Relationship Marketing. The World’s first and only Channel Spa is now open at the Ritz Paris - If there is one hospitality brand that loves and respects the Chanel lineage more than anyone else, it has to be the Ritz Paris.

Ikea va bientôt s'approvisionner... en plastique océanique. #BeerGoesNuts: Planters' Mr. Peanut Is Now Available in a Craft Beer. #StarbucksSigns: Coffee Chain Opens First US Sign-Language Store. Continuing to push the envelope for societal outreach, Starbucks has opened its first US cafe staffed by employees who are partially or fully deaf and are capable of communicating in American Sign Language. #StarbucksSigns: Coffee Chain Opens First US Sign-Language Store. Le shopping de demain s’invente aujourd’hui. Apple Marketing Strategy: A Brief Overview - Research-Methodology. How Apple made it from $5bn in 2000 to $1 trillion in 2018. Marketing Strategy of Apple Inc - Apple Marketing strategy. Why Apple Is Still A Great Marketer And What You Can Learn. Even the king of the online shopping world needs a physical retail presence. How Amazon’s retail revolution is changing the way we shop.

Planters, IHOP Latest To Jump On Branded Beer Trend. Richemont : la fausse belle endormie. Physical retail is not dead - but "just making a shop"​ is no longer good enough... 4 Pitfalls of Storytelling and How to Avoid Them – AMA Marketing News. Heineken: We don't understand shoppers well enough to succeed online.

Experts react to Jack's: 'A brand that stands for cheapness is never a good long-term idea'