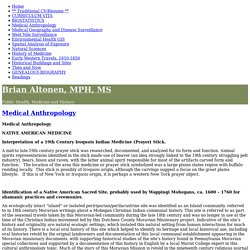 A mid-to late-19th century prayer stick was researched, documented, and analyzed for its form and function. Animal spirits representations identified in the stick made use of beaver (an idea strongly linked to the 19th century struggling pelt industry), bears, bison and raven, with the latter animal spirit responsible for most of the artifacts carved form and function. The location of the area this medicine or prayer stick symbolized was a large plains states region with buffalo residing locally. 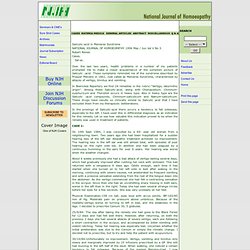 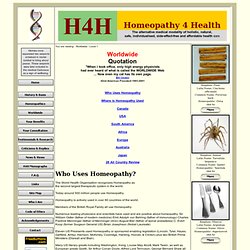 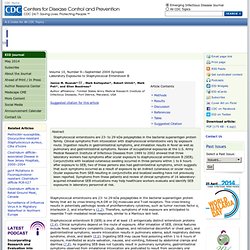 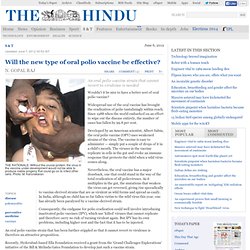 Photo: M. Child_vaccination. Institute of Medicine (IOM) Reports. The National Academy of Sciences (NAS) was established in 1863 under President Abraham Lincoln's administraton to report on science to policymakers and the public. 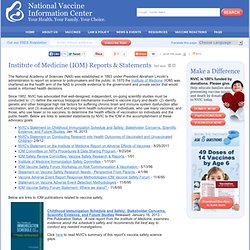 In 1970 the Institute of Medicine (IOM) was chartered as the health arm of the NAS to provide evidence to the government and private sector that would assist in informed health decisions. Since 1982, NVIC has advocated that well-designed, independent, on-going scientific studies must be conducted to: (1) define the various biological mechanisms involved in vaccine injury and death: (2) identify genetic and other biological high risk factors for suffering chronic brain and immune system dysfunction after vaccination; and (3) evaluate short and long-term health outcomes of individuals, who use many vaccines, and those, who use fewer or no vaccines, to determine the health effects of vaccination on individuals and the public health. Below are links to IOM publications related to vaccine safety. Acute Flaccid Paralysis. Queensland Health Guidelines for Public Health Units Revision History To be read in conjunction with poliomyelitis and enterovirus 71 guidelines. 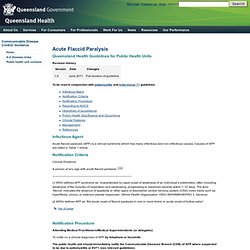 Infectious Agent Acute flaccid paralysis (AFP) is a clinical syndrome which has many infectious and non-infectious causes. SEEK is a drug-discovery group that uses a pioneering scientific and commercially-driven approach to create breakthrough medicines which address major diseases in order to radically improve human health. Greatest discovery since penicillin: Scientists work on drug that could cure all viruses - including the flu. By Fiona Macrae Updated: 07:21 GMT, 11 August 2011 Scientists are developing a new drug which may cure viruses like the common cold Scientists may have found a cure for the common cold, flu, HIV – and almost any other virus you can think of. 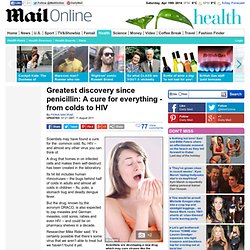 A drug that homes in on infected cells and makes them self-destruct has been created in the laboratory. Drugs. Black mamba venom is 'better painkiller' than morphine. 3 October 2012Last updated at 13:00 ET By James Gallagher Health and science reporter, BBC News A painkiller as powerful as morphine, but without most of the side-effects, has been found in the deadly venom of the black mamba, say French scientists. 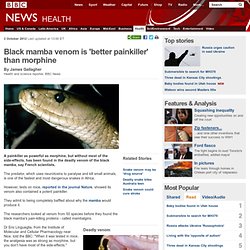 The predator, which uses neurotoxins to paralyse and kill small animals, is one of the fastest and most dangerous snakes in Africa. However, tests on mice, reported in the journal Nature, showed its venom also contained a potent painkiller. Crazy Meds: The Good, The Bad, & The Funny of: Common Side Effects of Crazy Meds. ‹ Mixing Your Med Cocktail with Actual Cocktails | Common Crazy Med Crap Index | Meds with Fewer Side Effects than Most › 1. 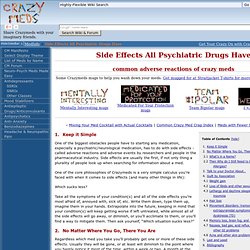 Keep it Simple One of the biggest obstacles people have to starting any medication, especially a psychiatric/neurological medication, has to do with side effects - called adverse reactions and adverse events by researchers and people in the pharmaceutical industry. Why do humans still have body hair? Human body hair might seem to be useless on today's modern man, but it could help us detect parasites, researchers suggest, adding there's a chance our female ancestors preferred a bug-free mate, and so opted for hairier guys. Odd reason some guys have fewer sex partners. Men who were born without a sense of smell report having far fewer sexual partners than other men do, and women with the same disorder report being more insecure in their partnerships, according to new research. The researchers don't know why romantic difficulties could be tied to smell, but they say one possibility is that people with anosmia, or no sense of smell, are insecure, having missed many emotional signals all their life.

"A lot of social signals are transported through the olfactory channel, and they are probably missing them," said lead author Ilona Croy, a psychologist at the University of Gothenburg in Sweden. The findings were published Nov. 22 in the journal Biological Psychology. Guess which human body part stumped da Vinci? Leonardo da Vinci's 500-year-old illustrations of human anatomy are uncannily accurate with just one major exception: the female reproductive system.

That's probably because Leonardo had a tough time finding female corpses to dissect, explains Peter Abrahams, a practicing physician at the University of Warwick Medical School in the United Kingdom. Abrahams, a clinical anatomist, has lent his knowledge to an audio tour of the exhibit of Leonardo's anatomical drawings that opened May 4 in Buckingham Palace. The Italian Renaissance artist learned anatomy as a way to improve his drawings of the human form, but he also brought a scientist's eye to the discipline. "He wanted to understand how it worked," Abrahams told LiveScience. "He looked at humans like a mechanic would do. 88 Strange But True Sex Facts - Lustability. About Lustability. The Lustability Test. PRINCIPLES OF LEARNING MOTOR SKILLS. The Lifehacker Workout: Exercise for Normal People. Does Exercise Really Boost Your Mood?

Cicadas' antibacterial trick may help humans. When humans need to fight off dangerous bacteria, we tend to use chemicals. 2 of 3 Americans Are Concerned With Toxins Found in Common Household Products, Study Shows. America's Concern With Toxins: Infographic. Human health and the microwave. The Synthetic Vitamin Milligram Game. Nutri-Con: The Truth About Vitamins & Supplements. A major underlying theme of this campaign will be to steadily inform and remind consumers that Big Pharma's prescription and over the counter drugs are generally hazardous substances offering no real solution to our health problems; while preventive health and wellness promotion, traditional holistic remedies, and complementary medicine practices represent the "organic road" to health.

In terms of wellness promotion, there is no doubt that an organic whole foods-based diet and a healthy lifestyle are the "best medicine" for those of us trying to survive and keep our families healthy in the toxic soup of 100,000 synthetic chemicals that surround us everyday, polluting our food, water,medicines, homes, and environment. Onnouscachetout.com. Liens. SCIENCE. ORGANICA. New Organica. Apiary. Ecohabitat. BIOSTATISTICS. Public Health, Medicine and History. Multi-Drug Interaction Checker: Drugs, Foods & Supplements.