100 Tips on How to Lose Weight Fast 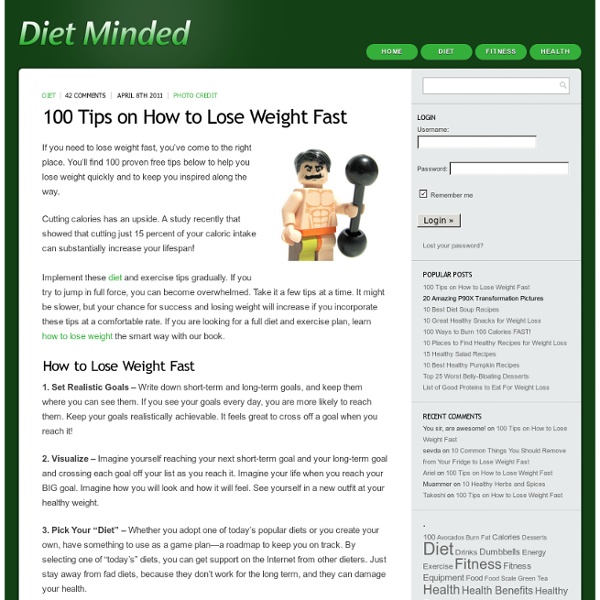 Coconut Chicken Salad with Warm Honey Mustard Vinaigrette | Ginas Skinny Recipes Warm oven-fried coconut chicken over a bed of baby greens, cucumber, tomato, shredded carrots topped with a hot honey mustard vinaigrette. It's the perfect mix of salty and sweet, warm and cold. I'm not sure what it is about spring, maybe the thought of having to get into a bathing suit in just a few more months, or maybe it's just the sunshine that switches my brain to want less soups and stews to large main dish salads. This salad has plenty of protein to keep you satisfied and the warmth of the chicken doesn't leave me feel like I'm missing something. Serve this for lunch or dinner; use any combination of salad fixins' and dig in! For the chicken I found the cornflake crumbs gave this a nice crispy texture, but unseasoned breadcrumbs would work just as well in their place. Ingredients: Whisk all vinaigrette ingredients; set aside. Preheat oven to 375°. Combine coconut flakes, panko, cornflake crumbs and salt in a bowl. Lightly season chicken with salt.

Home Remedies for Weight Loss | Grandma's Home Remedies Your weight is a balancing act that features how many calories you consume plus the amount of energy you burn throughout the day. According to the Centers of Disease Control and Prevention, 67% of adults age 20 years and over are overweight or obese. If you live your life as a couch potato or munch on too many potato chips, you may find a need to explore the many different home remedies for weight loss. Causes of Weight Gain From drinking too much soda to going through a divorce, there are numerous everyday habits and events in life that can contribute to an increase in weight. Some of the most common causes of weight gain include [1]: • Medications: While prescription drugs are supposed to make you feel better, some also come with side effects that can cause you to gain weight. • Lifestyle: Your daily habits could be at the root of your weight gain. • Lifting Weights: Since muscle weighs more than fat, “pumping iron” can cause your scale to display higher numbers. a) Green Tea: b) 7 p.m.

NO PAIN - NO GAIN Alison on Photography Served When my daughter Alison was born, in the tradition of a new parent, I began to photograph her, initially in a separate and private body of work. However, in the process of documenting Alison's growth, I developed a passionate interest in human relationships and capturing intimate moments in the lives of family and friends. This affected my photography in a profound way. Rather than the isolated subjects of my earlier work, I became interested in the strength of relationships, oftentimes using personal environments to amplify those conditions. My photographs of Alison, because of the nature of our relationship, are very much a father-daughter collaboration-Alison permitting me access to private moments of our life, which might, under different circumstances, be off-limits to a parent. The significance of these pictures emerges in retrospect.

10-Minute Yoga 'Supersets': Better than Another Hour of Yoga -... This year, after 15 years of yoga practice and transforming my body, I found myself hitting a plateau. Though my practice regularly involves power moves like jumping forward into Crow Pose and holding Warrior Pose for a long time, my muscle tone seemed to be stuck on autopilot: never decreasing, but never really going to that next level, either. My body, it seems, has become accustomed to the level of my practice. Whether it’s in weight loss or athletic training goals, hitting a plateau is normal. It’s the balancing point that happens any time the body gets used to what you’re asking of it, especially if you don’t ask any more. If you’re not getting out of bed some mornings a little sore and able to pinpoint the muscles you’ve worked the day before, then you might benefit from a shake-up, too. To move past the plateau, I could have just started practicing more. I know what some of you are thinking: “This chick owns a yoga studio and practices a ton … I don’t have that much time.”

Weight Loss Success: Linda Goff Ditched Fad Diets And Lost 150 Pounds - StumbleUpon Got a success story of your own? Send it to us at success.stories@huffingtonpost.com and you could be featured on the site! Name: Linda GoffAge: 44Height: 5'8"Before Weight: 303 pounds (possibly more -- I stopped getting on the scale) How I Gained It: "How in the world did this happen?" How did this former cheerleader become morbidly obese? For almost two decades, I tried to buy my way out of obesity, spending thousands of dollars on fad diets, weight-loss shakes and pills. Breaking Point: I realized that I couldn't afford to pay for gastric bypass surgery on my own and secretly hoped that if I were heavier, I'd be approved for the surgery by my insurance company -- maybe I would get the green light if I weighed 350 pounds or even 400? Everything with this scheme fell apart in 2007. I always believed that my body was my problem and my problem alone. How I Lost It: My first step was to realize that I didn't need to spend money on another get-thin-quick scheme. My weight loss was slow.

20 minutes to toned: Workouts "Skipping rope annihilates more than 10 calories a minute while toning every inch of your body," says Michael Olajide Jr., owner of Aerospace gym in New York City, who created this pound-melting plan exclusively for SELF. Here, he splices jump rope intervals with strength moves to burn more than 200 calories in 20 minutes. That's a routine you won't be able to skip. What you'll need A jump rope and a watch or clock with a second hand to time intervals How to do it Alternate two minutes of jumping rope with one set of each of the strength moves in the order shown, starting and finishing with a jump rope set. Find the right fit. Fine-tune your form. Skirt this slipup. Cushion the blow.

Untitled Document Tibetan Eye Chart Give your body and your EYES the nutrition they need! For generations the people of Tibet have used natural methods to correct visual weakness and improve their eyesight. How to Use the Chart These exercises are to be done without eyeglasses or contacts. 1.) 2.) 3.) 4.) 5.) 6.) Repeat exercises as desired being careful to avoid strain. The process of repair and the reforming of the curvature of the back of the eye require specific exercise and the increase of the nutrients used only by the eye for its repair and maintenance. The nutrients will reverse the loss of light processing and by taking extra selenium remove the deposits of ceroid lypofucsin, rancid vegetable oils, stored as cellular and subcelluar lipids in the form of darkened and discolored spots on the urea. This type of damage is from the vegetable oils in the polyunsaturated configuration of the oils treated with hydrogen, (Trans fatty acids), causes the rancidity (free radical damage) of cellular fats.

How to Level Up in the Game of Life Ding! This may be the sweetest sound you can possibly hear when playing a role-playing game (henceforth referred to as an RPG). “DING!” or something similar depending on the video game you’re playing, means that your character completed a certain number of quests, killed a specific number of monsters, and ran enough errands to level up. Congratulations, or “grats!” It’s this particular reason that games like World of Warcraft, Rift, Oblivion, Everquest 2, and any other RPG are so damn addictive: there’s always another level to reach, another dragon to kill, and better armor to acquire. Today, we’re going to turn life into a giant role playing game. Since day one, the tagline for Nerd Fitness has been “Level up your life.” Today, you’re going to learn how. Don’t complain about your starting zone Let’s assume that you hit the random button when creating your character in World of Warcraft - you were hoping for a good looking elf and ended up with a goofy-looking ogre. That’s life. Nope. -Steve