NPR Choice page. Is the age of the celebrity over? - BBC Culture. Current high levels of schadenfreude when it comes to the rich and famous may be one factor in the success of comedian Ziwe Fumudoh. 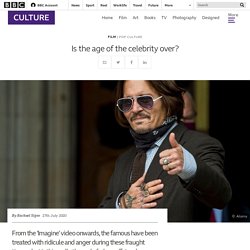 Her Instagram Live show, in which she conducts agonising interviews about race with ‘problematic’ celebrities like influencer Caroline Calloway and food writer Alison Roman, has been an online phenomenon in recent weeks. In turn, the series has made Fumudoh herself something of a celebrity, with profiles in the New York Times and Vanity Fair, among others. It’s certainly true that the fish tank in which we watch famous people swimming around has been under a magnifying glass during quarantine. The question is whether or not there will be long-lasting effects. Professor Rojek doesn’t think so, suggesting “we shouldn’t amplify the long term significance” of any tarnished reputations. Most importantly Professor Rojek emphasises: “We’ve had over a hundred years of celebrity culture. Coronavirus: Tower of London Beefeaters face job cuts due to pandemic. 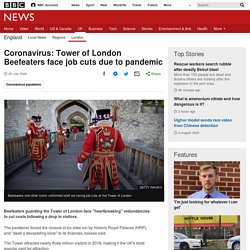 The pandemic forced the closure of six sites run by Historic Royal Palaces (HRP), and "dealt a devastating blow" to its finances, bosses said. The Tower attracted nearly three million visitors in 2018, making it the UK's most popular paid for attraction. HRP confirmed a voluntary redundancy scheme was in place and compulsory redundancies were likely to follow. The organisation believes it is the first time the guards have faced redundancy since the unit was formed by Henry VII in 1485. John Barnes, HRP's chief executive, said: "Historic Royal Palaces is a self-funded charity. "We are heartbroken it has come to this. "We have taken every possible measure to secure our financial position, but we need to do more to survive in the long term. "We simply have no choice but to reduce our payroll costs. 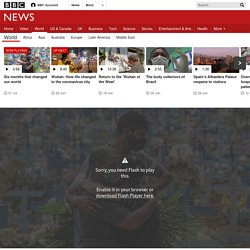 Travel - How London’s Beefeaters are coping with lockdown. BBC Radio 4 - Radio 4 in Four - The highs and lows of working from home. Captain Tom Moore's NHS appeal tops £32m on 100th birthday. Media playback is unsupported on your device The appeal by NHS fundraiser Captain Tom Moore topped £32m as he celebrated his 100th birthday. 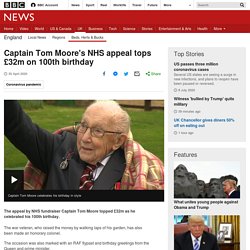 The war veteran, who raised the money by walking laps of his garden, has also been made an honorary colonel. The occasion was also marked with an RAF flypast and birthday greetings from the Queen and prime minister. With celebrations under way, Capt Tom said everyone who donated was "magnificent" as the fund reached £30m on Thursday morning.

Recap: Live updates as Capt Tom celebrated his 100th birthday Head of the Army, General Sir Mark Carleton-Smith, called Capt Tom "an inspirational role model". Capt Tom said it was "extraordinary" to be turning 100, especially with "this many well-wishers". Capt Tom was spending most of the day self-isolating with his daughter Hannah Ingram-Moore and her family at his home in Marston Moretaine, Bedfordshire. "Reaching 100 is quite something. "Please always remember, tomorrow will be a good day. " Image copyright PA Media. Coronavirus: Fewer people, more animals on streets. The Coronavirus Pandemic's Impact On Pollution And Climate Change. 'The Great Experiment': Earth Day in the middle of a pandemic. Coronavirus: Boris Johnson names son after doctors who saved his life. 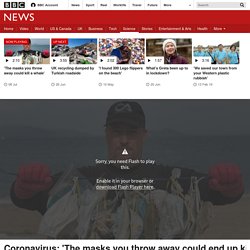 Globally we are using 129 billion face masks and 65 billion plastic gloves every month, according to some estimates. And divers and observers are spotting more of this discarded waste floating underwater, causing problems for wildlife and washing up on shorelines all over the world. Video produced by Pooja Chhabria 08 Jul 2020 Go to next video: UK recycling dumped by Turkish roadside.

What is bubonic plague? Image copyright Getty Images A suspected case of bubonic plague has been reported to Chinese authorities. 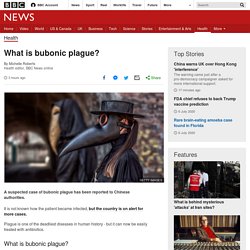 It is not known how the patient became infected, but the country is on alert for more cases. Plague is one of the deadliest diseases in human history - but it can now be easily treated with antibiotics. What is bubonic plague? Plague is a potentially lethal infectious disease that is caused by bacteria called Yersinia pestis that live in some animals - mainly rodents - and their fleas. Bubonic plague is the most common type of the disease that people can get. From 2010 to 2015 there were 3,248 cases reported worldwide, including 584 deaths. Historically, it has also been called the Black Death, in reference to the gangrenous blackening and death of body parts, such as the fingers and toes, that can happen with the illness.

What does it do? A person usually becomes ill with bubonic plague between two and six days after being infected. How can you catch it?