French Lentil and Arugula Salad with Herbed Cashew Cheese - Beard + Bonnet. I am a huge fan of gigantic hearty salads that eat like a meal! 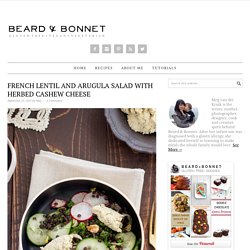 You know what I am talking about – there are salads that leave you longing for more substance after you have eaten an entire platter full and then there are salads that hit the spot and leave you satisfied without feeling like you over indulged. I call the latter of the two Supper Salads and this is definitely one of them. Cottage cheese ou ricotta de cajou {une imitation laitière} Il existe tout plein de recettes de fromage ceci végétalien et fromage cela vegan. 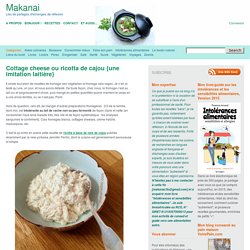 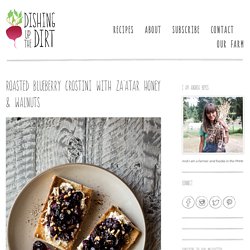 I love za’atar–the Middle Eastern spice blend that is composed of thyme, sumac, and sesame seeds–and think it pairs really well with the sweet roasted blueberries and honey-cashew “ricotta” that I used to spread on the toasted bread. Feel free to use traditional ricotta cheese with a touch of honey if you don’t feel like making the honey-cashew spread. Either will work in this recipe. I do however, love the subtle sweetness of the cashews and think they pair really well with the rest of the ingredients.

Either way, this is the kind of quick meal I’m digging these days as the chores at the farm continue to increase and time in the kitchen is sparse. Cheers from Tumbleweed Farm! Spring Tartines with Cashew & Caper Dill Spread. Summer Fridays!: Macadamia Ricotta & Black Currant Jam On Toast. We're embarking on our first "baby class' tonight, although it's more of a partner yoga class for labor and birth. i would lying if i didn't confess that i'm a tad apprehensive. opening up oneself in a vulnerable state is not something that comes easy to me. instead, i prefer to fall apart in safe spaces with the humans that know me best. so, the thought of being in a group, albeit small, and discussing things that are sure to scare the crap out of me is not my idea of a good night. however, i'm super eager to hear a different approach to what i've been reading up on and told by my obgyn. i've found that throughout my pregnancy not one source has been truly correct about one thing or another, but rather, frank and i have really took on this experience and tried to go with the flow and figure things out along the way. 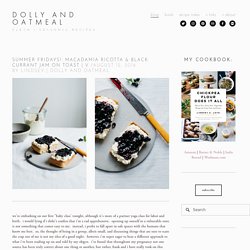 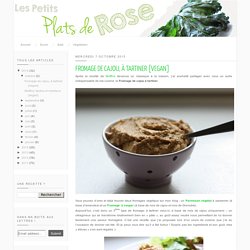 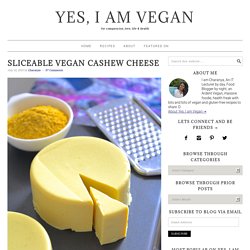 Super simple, can be whisked under an hour. Set to perfection, you can slice this, grate it, melt this, there is no oil in this and made from all natural ingredients. 7 ingredients (without counting water in) Best part of all, completely soy-free. Mozzarella Aquafaba Cheese. If you don’t know, I’m pretty excited about this. 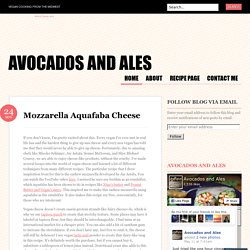 Every vegan I’ve ever met in real life has said the hardest thing to give up was cheese and every non vegan has told me that they would never be able to give up cheese. Fortunately, due to amazing chefs like Miyoko Schinner, Jay Astafa, Somer McGowan, and Skye Michael Conroy, we are able to enjoy cheese-like products, without the cruelty. I’ve made several forays into the world of vegan cheese and learned a lot of different techniques from many different recipes. The particular recipe that I drew inspiration from for this is the cashew mozzarella developed by Jay Astafa. You can watch the YouTube video here. Sliceable Vegan Cheese. Despite what you hear in the media, there really isn’t a cheese – low-fat or not – that will fit well into a healthy weight loss plan. 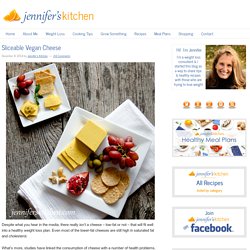 Even most of the lower-fat cheeses are still high in saturated fat and cholesterol. What’s more, studies have linked the consumption of cheese with a number of health problems, including breast cancer, childhood-onset diabetes, iron deficiency, obesity, heart disease, allergies, and digestive problems. One recent study indicated that women who ate cheese every day were 50 percent more likely to die from breast cancer within 12 years than those who did not eat cheese. This may be due to the skatole and ammonia produced in cheese during the fermentation process of the milk protein. The ripening process of cheese, which occurs due to the action of molds and bacteria on milk, also produces an alkaloid called roquefortine (a neurotoxin) and amines (which have been shown to cause migraines and high blood pressure).

What about all the health benefits of cheese? Vegan Fried Goat Cheese Balls - Full of Plants. “This tastes just like real goat cheese!” 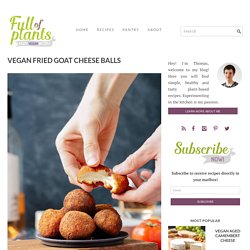 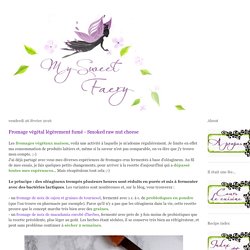 HERE IT IS. The vegan blue cheese recipe is finally here guys! I’m really, really excited about this recipe. First, because I’m working on it since several months and secondly because it tastes exactly like blue cheese. The texture is just perfect, it’s creamy so you can spread it easily on a slice of bread, but firm enough to cut it into slices. It has that rich and strong aroma. OMG-vegan butternut queso » The First Mess // healthy vegan recipes for every season. On the surface, this glow-y orange business is a trashier outing than we’re all used to here, but a craving’s a craving and OOOOH. Em. Gee. This one turned out pretty great. The “queso” itself is bonafide wholesome–the application of it determines the trash factor for real. Cheezy Broccoli Quinoa Pilaf.