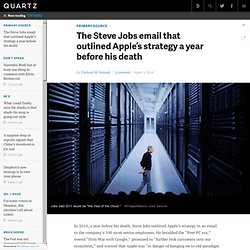 How To Quit Your Job And Start Your Own Business. 11 Fundraising Ideas for Entrepreneurs Who Don't Want VC Money. Accepting cash in the form of VC funding is not the right choice for all entrepreneurs or business models. 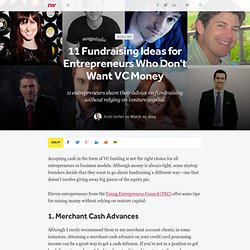 Although money is always tight, some startup founders decide that they want to go about fundraising a different way—one that doesn't involve giving away big pieces of the equity pie. Eleven entrepreneurs from the Young Entrepreneur Council (YEC) offer some tips for raising money without relying on venture capital: 1. Merchant Cash Advances Although I rarely recommend them to my merchant account clients, in some instances, obtaining a merchant cash advance on your credit card processing income can be a great way to get a cash infusion. You'll need to have at least one year of history with a credit card processor to apply. —Darrah Brustein, Network Under 40/ Finance Whiz Kids/ Equitable Payments. Management Consulting, Technology and Outsourcing. 7 Ways to Get Moving Again After a Failure. Having goals and creating plans to achieve those goals is all part of obtaining success in business. 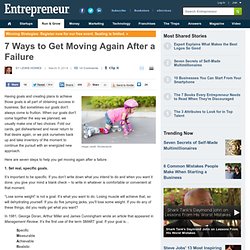 But sometimes our goals don't always come to fruition. When our goals don't come together the way we planned, we usually make one of two choices: Fold our cards, get disheartened and never return to that desire again, or we pick ourselves back up and take inventory of the moment to continue the pursuit with an energized new approach. Here are seven steps to help you get moving again after a failure: 1. Set real, specific goals. Starting Your Startup: The Risks and How to Avoid Them. When everyone says your tech idea is impossible, here’s what you do. 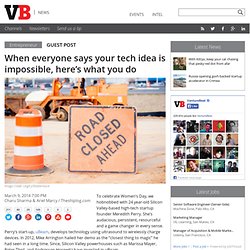 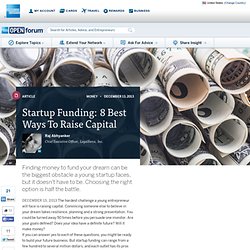 Choosing the right option is half the battle. December 13, 2013 The hardest challenge a young entrepreneur will face is raising capital. Convincing someone else to believe in your dream takes resilience, planning and a strong presentation. Initial public offering. History[edit] In March 1602 the “Vereenigde Oost-Indische Compagnie (VOC), or Dutch East India Company was formed. 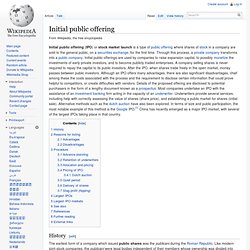 The VOC was the first modern company to issue public shares, and it is this issuance, at the beginning of the 17th century, that is considered the first modern IPO. The company had an original paid-up share capital of 6,424,588 guilders. The ability to raise this large sum is attributable to the decision taken by the owners to open up access to share ownership to a wide public. Everyone living in the United Provinces had an opportunity to participate in the Company. c1783.[5] c1783.[5] Reasons for listing[edit] Advantages[edit]

Google Ventures. 5 Unusual Ways to Start Working Smarter, Not Harder, Backed by Science. 7.5K Flares Filament.io 7.5K Flares × One of the things I love about the culture at Buffer is the emphasis on working smarter, not harder. 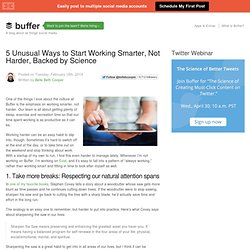 Our team is all about getting plenty of sleep, exercise and recreation time so that our time spent working is as productive as it can be. 15 Lies We Tell Ourselves that Stop Us From Chasing Our Dreams. 583EmailShare Most of us like to think that we are rational thinkers. 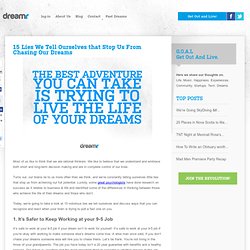 We like to believe that we understand and embrace both short and long-term decision making and are in complete control of our lives. Planning to start a business? Do this first. Trade shows are among the very few sales and marketing vehicles that haven’t changed much with the “digitization” of business. 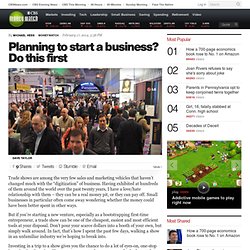 Having exhibited at hundreds of them around the world over the past twenty years, I have a love/hate relationship with them – they can be a real money pit, or they can pay off. Small businesses in particular often come away wondering whether the money could have been better spent in other ways. Planning to start a business? Do this first. How to Make Yourself Work When You Just Don’t Want To - Heidi Grant Halvorson. INADEM - ¿Por qué a todos les gusta tu proyecto, pero nadie invierte en él? Contenido donado por: Todos hablan bien, pero en realidad nadie invierte, no hay congruencia y el capital ya es urgente. 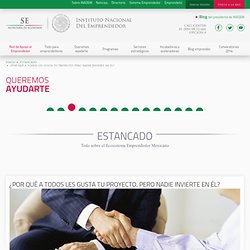 Here are the top 11 tips -- from CIOs, IT executives, productivity and leadership experts and project managers -- for getting the most out of your IT team. 1. Set goals -- and be "Agile. " "Be Agile in your goal setting," says Zubin Irani, cofounder & CEO, cPrime, a project management consulting company. "Have the team set goals for the quarter -- and break the work into smaller chunks that they can then self-assign and manage. " 2. "Everyone on the team should know what the target is that they are shooting for and what success looks like at the end of their journey," adds Tony McClain, executive partner and client advisor, Geneca, a custom software developer. How To Make The Perfect Startup Pitch Deck. Citigroup's former CTO quit for a hardware startup and raised $1M on Kickstarter. Here's how he did it (interview)