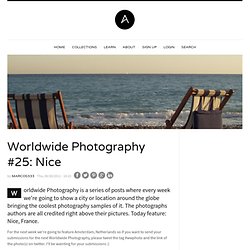 The photographs authors are all credited right above their pictures. Today feature: Nice, France. For the next week we're going to feature Amsterdam, Netherlands so if you want to send your submissions for the next Worldwide Photography, please tweet the tag #wwphoto and the link of the photo(s) on twitter. I'll be wainting for your submissions :) Vince&Nick dmcantrell Charlie Kinyon lightboxdc scott burnham rick ligthelm FamilyMan5k VancityAllie Ced M. 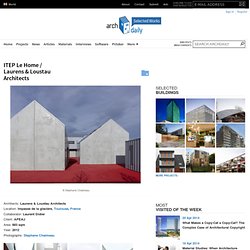 Accessible by the Glacière dead end, the project’s plot is surrounded by a cars pound, a road hauler, a technical test center and cars retail. The will of the client was to build on this site a “containing” architecture that could be healing and where children could remember and seize a comforting world, close to the familiar atmosphere of the house. The program called for three independent units, each one catering for groups of children with distinct pathologies. Rue du Nord / Charles-Henri Tachon.

Architects: Charles-Henri Tachon Location: Paris , France Client: SIEMP Project Year: 2010 Project Area: 997 sqm Photographs: Kristen Pelou This building constructed entirely in concrete, is based on three fundamental objectives. Constructed entirely in concrete, this building lies on reinforced foundations and is grounded on three fundamental objectives. The first objective relates to the designation of Social housing. The word « social » is essential as it indicates the ability of a residential building to create social cohesion and exchange between its residents. Sociability relies on the idea of recognition.

In this building even the smallest apartments have a variety of views to the outside. Each resident becomes hereby an essentiel part of the building itself through his housing unit, and by this also a part of the neighborhood and the city. Lycée Alphonse Daudet In Tarascon / Christophe Gulizzi. Architects: Christophe Gulizzi Location: Tarascon, France Project area: 3,000 sqm Project year: 2006 – 2009 Photographs: Philippe Ruault, Vincent Fillon The double extension of the Alphonse Daudet Lycée in Tarascon raises the question of responsibility when building on a remarkable site - Lycée built in 1933 by Gaston Castel (Grand Prix de Rome), listed as a historical monument; - Kilmaine barracks, site listed as a historical monument, built in 1718, by the architect Desfour. 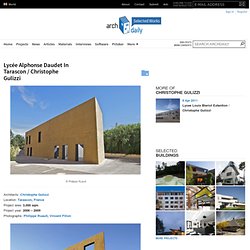 The building operation considers the memory of the site and territorial identity as narrative elements, as an extension of its morphology. In a site steeped in history, within a team whose role is to pass on our secular and republican values, there is no room for arrogance and pompous architectural features. Spatial order is achieved by incorporating programmatic and contextual constraints, within a unique process of shape generation. 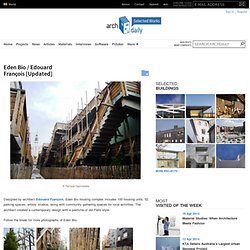 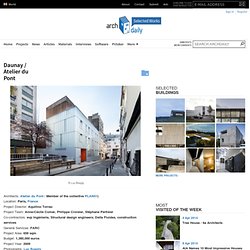 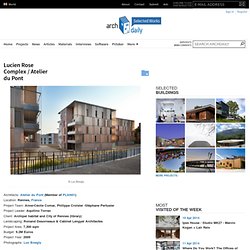 This could have evoked a trend from the distant past – a sort of ‘ghettofication‘ where the poorer classes took over ‘posh’ neighbourhoods but it has resulted in a happy marriage instead. Everything combines to create sensitive links between the new complex and its urban environment. Flying Surface. The most important thing is the nature of the item, its essence. 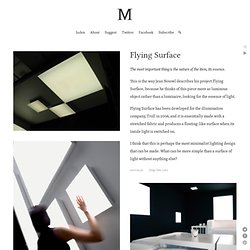 This is the way Jean Nouvel describes his project Flying Surface, because he thinks of this piece more as luminous object rather than a luminaire, looking for the essence of light. Flying Surface has been developed for the illumination company, Troll in 2006, and it is essentially made with a stretched fabric and produces a floating-like surface when its inside light is switched on. I think that this is perhaps the most minimalist lighting design that can be made. What can be more simple than a surface of light without anything else? Emmanuel Combarel Dominique Marrec architectes. 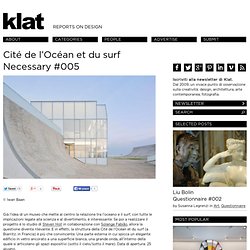