With about 470 million followers, scholars consider Buddhism one of the major world religions. Its practice has historically been most prominent in East and Southeast Asia, but its influence is growing in the West. Many Buddhist ideas and philosophies overlap with those of other faiths. What is Buddhism? Buddha and Ashoka: Crash Course World History #6. The history of Buddhism (article) Buddhism - Historical development. Expansion of Buddhism The Buddha was a charismatic leader who founded a distinctive religious community based on his unique teachings. 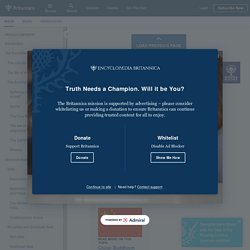 Some of the members of that community were, like the Buddha himself, wandering ascetics. Others were laypersons who venerated the Buddha, followed certain aspects of his teachings, and provided the wandering ascetics with the material support that they required. Read More on This Topic China: Buddhism The Buddhist age of China began in the 4th century. In the centuries following the Buddha’s death, the story of his life was remembered and embellished, his teachings were preserved and developed, and the community that he had established became a significant religious force. Buddhism in China Today: An Adaptable Present, a Hopeful Future. By Buddhistdoor Buddhistdoor Global |2018-01-22| Devotees burn joss sticks at a Buddhist temple. 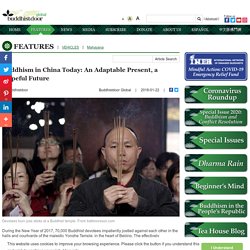 From baltimoresun.com During the New Year of 2017, 70,000 Buddhist devotees impatiently jostled against each other in the halls and courtyards of the majestic Yonghe Temple, in the heart of Beijing. The effectively unrestricted access to this once-imperial landmark was a far cry from its early history as a retreat for the imperial preceptors. Ten misconceptions about Buddhism. Misconceptions and Myths about Buddhism. More than 400 million people worldwide practice Buddhism, representing about 7% of the world’s population. 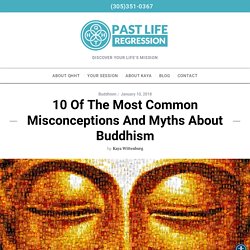 Despite the prevalence of Buddhism as a religion, however, many people still believe common misconceptions about it. If you are interested in Buddhism, you may be surprised to learn that some things you thought you knew about it are not true. Here’s a look at the top 10 myths about Buddhism to help clear up some misunderstandings. Buddhism on Health and Illness. For Buddhism, physical suffering is an inevitable part of life. 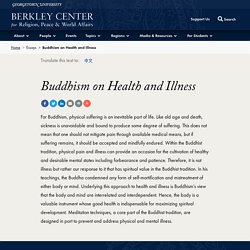 Like old age and death, sickness is unavoidable and bound to produce some degree of suffering. This does not mean that one should not mitigate pain through available medical means, but if suffering remains, it should be accepted and mindfully endured. Within the Buddhist tradition, physical pain and illness can provide an occasion for the cultivation of healthy and desirable mental states including forbearance and patience. Therefore, it is not illness but rather our response to it that has spiritual value in the Buddhist tradition. In his teachings, the Buddha condemned any form of self-mortification and mistreatment of either body or mind.

How western Buddhism has changed in 50 years. It's 50 years since Buddhist teachers started arriving in the west in the early 60s and Buddhism crash-landed into the counterculture. 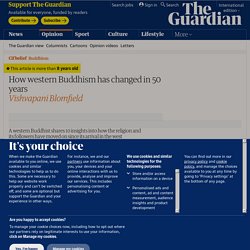 So what have we learned about western Buddhism? 1. It's not all about enlightenment. Many who found Buddhism in the 60s saw nirvana as the ultimate peak experience. Spread of Buddhism in Asia — Study Buddhism. The expansion of Buddhism throughout most of Asia was peaceful, and occurred in several ways. 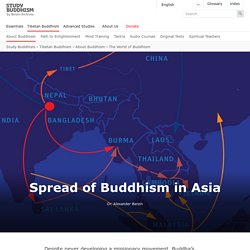 Shakyamuni Buddha, as a travelling teacher sharing his insights with those who were receptive and interested from the nearby kingdoms, set the precedent. He instructed his monks to go forth in the world and expound his teachings. He did not ask others to denounce and give up their own religion and convert to a new one, for he was not seeking to establish his own religion. Buddha’s aim was merely to help others overcome the unhappiness and suffering that they were creating for themselves, due to their lack of understanding of reality. How the Coronavirus Helps Us Understand the Buddhist View of Our Interdependence. For centuries, Buddhism has offered the teaching that’s been called “dependent origination” or “interdependent origination.” 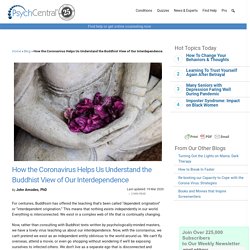 This means that nothing exists independently in our world. Everything is interconnected. We exist in a complex web of life that is continually changing. Now, rather than consulting with Buddhist texts written by psychologically-minded masters, we have a lowly virus teaching us about our interdependence. Now, with the coronavirus, we can’t pretend we exist as an independent entity oblivious to the world around us. 1. Religious affiliation among American adolescents.

While most U.S. teens identify with a religion, they are modestly less likely than their parents to do so – particularly when it comes to Christianity. 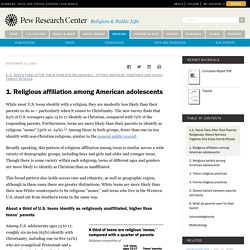 The new survey finds that 63% of U.S. teenagers ages 13 to 17 identify as Christian, compared with 72% of the responding parents. Furthermore, teens are more likely than their parents to identify as religious “nones” (32% vs. 24%). Among those in both groups, fewer than one-in-ten identify with non-Christian religions, similar to the general public overall. Broadly speaking, this pattern of religious affiliation among teens is similar across a wide variety of demographic groups, including boys and girls and older and younger teens. Though there is some variety within each subgroup, teens of different ages and genders are more likely to identify as Christian than as unaffiliated. This broad pattern also holds across race and ethnicity, as well as geographic region, although in these cases there are greater distinctions.