The Book of Mistakes by Corinna Luyken. The Best Books for Middle School According to My Students. Book Club Ideas. Adult. Children's. YA. BEA 2017. Blog Archive LibraryReads To Crit Pick. Gizelle's Bucket List eBook by Lauren Fern Watt. Orca Book Publishers: You Can Read. A new way of choosing what book to read next. Read-iculously low prices! - BookOutlet.com. The Most-Anticipated Children’s and YA Books of Spring 2017. Edgar Award Nominees. Best Novel The Ex by Alafair Burke (HarperCollins Publishers – Harper) Where It Hurts by Reed Farrel Coleman (Penguin Random House – G.P. 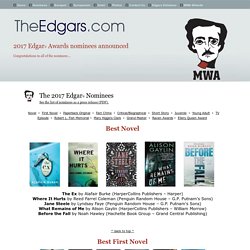 Putnam's Sons) Jane Steele by Lyndsay Faye (Penguin Random House – G.P. Six Tips for Building Book Displays That Matter. If I've worked with your school district or spoken at your state's conference or you happened to run into me at your neighborhood Starbucks, then you've probably heard me rant about school library book displays. 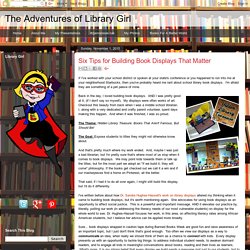 I'm afraid they are something of a pet peeve of mine. Back in the day, I loved building book displays. AND I was pretty good at it, (if I don't say so myself). My displays were often works of art. About.jstor. JSTOR offers a growing list of Open Access ebooks from respected presses, such as University of California Press, University of Michigan Press, and ANU Press. 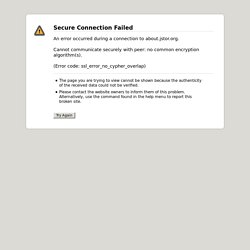 More than 500 titles are now available at no cost to libraries or users. Please see below for a title list and links to the ebooks, or download a title list here. The Girl in the Castle - Santa Montefiore - Paperback. Writer, Sailor, Soldier, Spy - Nicholas Reynolds - Hardcover. A former CIA officer and curator of the CIA Museum unveils the shocking, untold story of Nobel Prize-winning author Ernest Hemingway’s secret life as a spy for both the Americans and the Soviets before and during World War II. 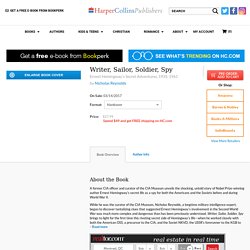 While he was the curator of the CIA Museum, Nicholas Reynolds, a longtime military intelligence expert, began to discover tantalizing clues that suggested Ernest Hemingway’s involvement in the Second World War was much more complex and dangerous than has been previously understood. Writer, Sailor, Soldier, Spy brings to light for the first time this riveting secret side of Hemingway’s life—when he worked closely with both the American OSS, a precursor to the CIA, and the Soviet NKVD, the USSR’s forerunner to the KGB to defeat Adolf Hitler and the Nazis.

The Secret to a Great BOOK PASS (and 30 Middle School Titles to Use!) We all want our students hooked on reading, right? 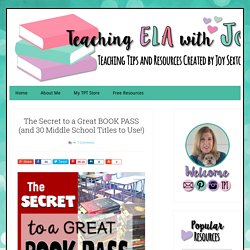 I’ve been using reading workshop with my classes since 1995, and that’s actually when I started doing the Book Pass! 4 powerful novels to help young readers come to terms with 9/11. 9/11 as “history” is a foreign concept for adult readers. 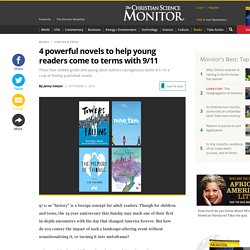 Though for children and teens, the 15-year anniversary this Sunday may mark one of their first in-depth encounters with the day that changed America forever. But how do you convey the impact of such a landscape-altering event without sensationalizing it, or turning it into melodrama? Ask any of the four middle grade and young adult authors who courageously tackle 9/11 in a crop of freshly-published novels and they might point to one word: relationships. Edelweiss. Waiting On Wednesday. 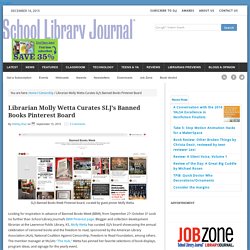 The member manager at YALSA’s “The Hub,” Wetta has pinned her favorite selections of book displays, program ideas, and signage for the yearly event. The pins range from the Azkhabanned Library display created by Seattle Public Library to clever signs from the Smith (TX) Public Library. Wetta will continue to pin her resource picks to the board. YA: A Category for the Masses. But What About Teens? Illustrations by Marcos Chin. 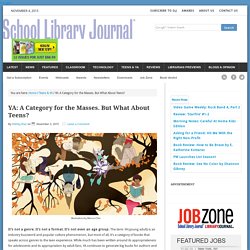 It’s not a genre. It’s not a format. It’s not even an age group. The term YA (young adult) is an industry buzzword and popular culture phenomenon, but most of all, it’s a category of books that speaks across genres to the teen experience.

7 Brain Books for Teachers. Let's take a moment and pay silent, spirited homage to the greatest thing we own: the human brain. 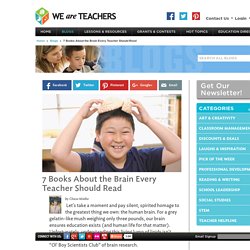 For a grey gelatin-like mush weighing only three pounds, our brain ensures education exists (and human life for that matter). Unfortunately, understanding this living lump of lipids isn't easy, especially for teachers who often feel locked out of the “Ol' Boy Scientists Club” of brain research. Webinars. Welcome to the Booklist webinars page. 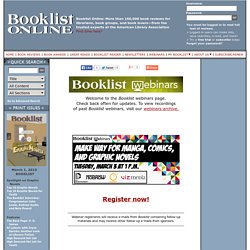 Check back often for updates. To view recordingsof past Booklist webinars, visit our webinars archive. Register now! Webinar registrants will receive e-mails from Booklist containing follow-up materials and may receive other follow-up e-mails from sponsors. Guest Post: YA Smackdown @ ALA Midwinter. Today, we’ve got Evan from Arlington Heights Public Library (IL) talking about their guerrilla session YA Smackdown. One day last July, when the weather was warm and the sun was shining and Chicagoland wasn’t buried in a blanket of cold and despair, my manager walked into the Teen Services office. Teen Services Underground. The American Revolution and Constitution by Stephanie Harvey, Anne Goudvis. 52 short nonfiction texts for American History (1750-1800) with 10 new lessons for content literacy “We turn information into knowledge by thinking about it.

These texts support students in using the Toolkit’s comprehension and thinking strategies as tools to acquire and actively use knowledge in history. Teaching Literacy in the Digital Age Inspiration for All Levels and Literacies Edited by Mark Gura. Upside Down in the Middle of Nowhere. Always Emily. NoraR's social stories.