Household Products That Destroy Novel Coronavirus. Soap and Water Just the friction from scrubbing with soap (any kind of soap) and water can break the coronavirus’s protective envelope. 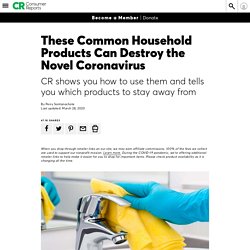 “Scrub like you’ve got sticky stuff on the surface and you really need to get it off,” says Richard Sachleben, an organic chemist and a member of the American Chemical Society. Discard the towel or leave it in a bowl of soapy water for a while to destroy any virus particles that may have survived. Using antibacterial soap won’t give you added protection against the coronavirus because it kills bacteria, not viruses. You can still use it as long as you scrub. EXCLUSIVE: ‘Sanctuary Policies Put Public Safety at Risk’: ICE Blasts New York After Illegal Alien Wanted for Manslaughter, Gang Charges Released. In a news release on Monday, U.S. 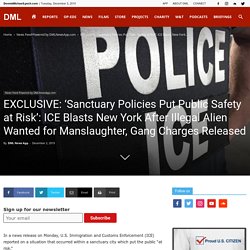 Immigration and Customs Enforcement (ICE) reported on a situation that occurred within a sanctuary city which put the public “at risk.” New York City to Set 125,000 Criminals Free... But It Gets MUCH Worse - TRENDINGRIGHTWING. The measures to which Democrats will go to land votes never ceases to amaze me. 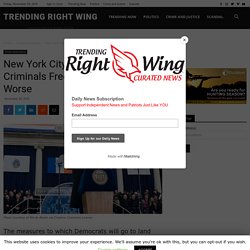 What they are doing in New York, however, could be a first. For some reason, the powers that be in New York have decided that releasing 125,000 accused criminals back onto the streets is going to be good for the city. You Are Free to Leave New York City is one of many liberal cities in the midst of creating its own criminal reform legislation. Maryland Sanctuary Counties to Free Illegals Accused of Child Abuse, Rape & Murder. On 25th November 2019 @ 8.00pm © press Six illegal aliens accused of crimes such as child rape assault, murder, and child abuse are expected to be released into the United States by Maryland sanctuary counties, according to federal immigration officials. 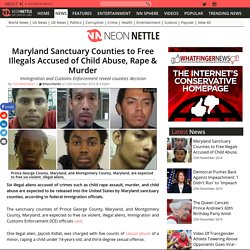 The sanctuary counties of Prince George County, Maryland, and Montgomery County, Maryland, are expected to free six violent, illegal aliens, Immigration and Customs Enforcement (ICE) officials said. One Ilegal alien, Jaycob Kidlat, was charged with five counts of sexual abuse of a minor, raping a child under 14-years-old, and third-degree sexual offense. Sanctuary County: Freed Illegal Accused of Murdering 19-Year-Old Girl. Jose Bryan Guzman, an 18-year-old illegal alien from El Salvador, is accused of murdering 19-year-old Marlene Yamileth Portillo-Posada — who he was apparently dating at the time — on August 24 by strangling her to death because Guzman believed Portillo-Posada was cheating on him. 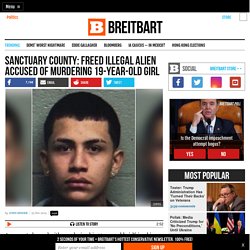 After fleeing to Louisiana in September, the Durham Police Department and St. Landry’s Parish Sheriff’s Office were able to locate and arrest Guzman. A law enforcement source confirmed to Breitbart News that Guzman is an illegal alien who arrived in the U.S. around September 2015 and was given a notice to appear in immigration court by Border Patrol. It is likely that Guzman arrived as an Unaccompanied Alien Child (UAC) and was thus released into the interior of the country.

As of this year, Guzman remains in deportation proceedings. In December 2018, Guzman was arrested by the Durham Police Department after allegedly robbing two victims at gunpoint in separate incidents. Sanctuary Counties to Free Accused Illegal Alien Child Rapists, Murderers. The sanctuary counties of Prince George County, Maryland, and Montgomery County, Maryland, may soon release six illegal aliens who are accused of a number of violent crimes against children and American citizens, according to Immigration and Customs Enforcement (ICE) officials. 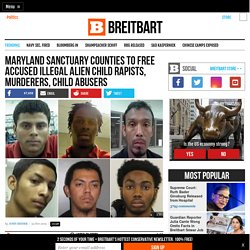 Jaycob Kidlat, an illegal alien, has been charged with five counts of sexual abuse of a minor, rape of a child under the age of 14-years-old, and third-degree sexual offense. ICE placed a detainer on him in June and it is unclear when he will be released, and if he will be freed rather than turned over to federal agents. Likewise, illegal alien Alpha Ibrahimbah Mansaray has been charged with attempted first-degree murder, attempted second-degree murder, first-degree assault, second-degree assault, and reckless driving, as well as a series of drug crime charges. 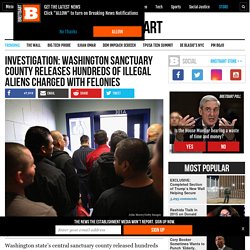 An ICE detainer is a hold that federal immigration officials put on an illegal alien who has been arrested by local or state law enforcement asking that they turn the particular illegal alien over to them for arrest and deportation. Trump Gets Court Win Against ‘Sanctuary' City Money. On Friday, a federal appeals court delivered another massive win for President Trump on his plan to crack down on illegal invasion. 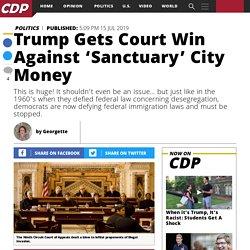 So-called ‘sanctuary cities’ defy federal law… and are operated by democrats. Just like the democrats in the South defied federal desegregation laws, they democrats of today are defying federal immigration laws. But, they still want federal money. The Justice Department under President Trump said no. So, liberals found a biased federal judge to enact a nationwide injunction (ridiculous) against the DOJ’s decision to withhold discretionary law enforcement grants from these law breakers. However, that has changed, now that the federal appeals court has stepped in. 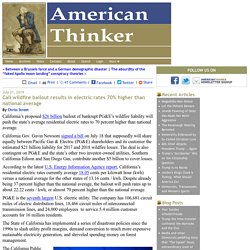 California Gov. Gavin Newsom signed a bill on July 18 that supposedly will share equally between Pacific Gas & Electric (PG&E) shareholders and its customer the estimated $21 billion liability for 2017 and 2018 wildfire losses. The deal is also contingent on PG&E and the state’s other two investor-owned utilities, Southern California Edison and San Diego Gas, contribute another $5 billion to cover losses. According to the latest U.S. Energy Information Agency report, California’s residential electric rates currently average 18.05 cents per kilowatt hour (kwh) versus a national average for the other states of 13.16 cents / kwh. PG&E is the seventh largest U.S. electric utility. California also passed a power deregulation plan in 1998 that gave bureaucrats the authority to purchase wholesale electricity. 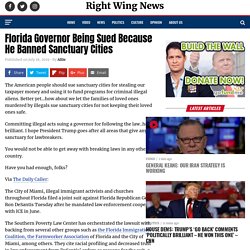 Joaquin Castro, the twin to Julian Castro who is running on the Democratic ticket for president in 2020, is moving to strike the words “alien” and “illegal alien” from the government’s legal code, arguing that the terms are hurtful to the immigrant community. I think what ruffles him most is the word ‘illegal’ which they are. “Words matter. It’s vital that we respect the dignity of immigrants fleeing violence and prosecution in our language. The words ‘alien’ and ‘illegal alien’ work to demonize and dehumanize the migrant community. The Correcting Alienating Names in Government Act, otherwise known as the CHANGE Act (figures), seeks to strike those two words from the Immigration and Nationality Act and to replace them with the words “foreign national” and “undocumented foreign national.”