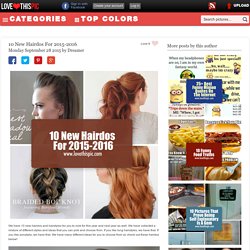 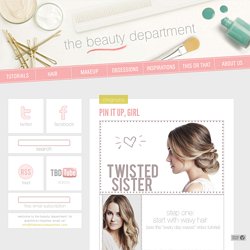 This is always a favorite for attending an event. This updo looks gorgeous on any hair color but particularly amazing with hilighted hair because it gives the hair lots of depth and dimension. For lack of a better word, I love the way it becomes “swirly”. Best thing is; it’s easy to do, gorgeous and keeps your hair out of your way for the night.

I made this a printable tutorial, so all of the steps are next to the photos. Tools you’ll need: curling iron (to prep the hair with waves), sectioning clips, teasing comb or brush, clear elastic rubber band, bobby pins, light to medium holding hairspray (to mist over at the end). Get ready fast with 7 easy hairstyle tutorials for wet hair. Some days dry shampoo just won’t cut it. 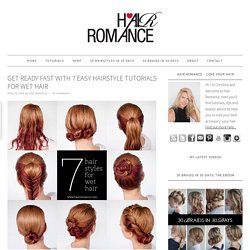 You need to wash your hair but those precious minutes you used to apply a conditioning treatment mean you don’t have time to style your hair. Now I normally wouldn’t recommend going out with wet hair but sometimes there’s no other option. That’s when you need some chic and easy hairstyles you can do in wet hair. If you like to go the the gym in your lunch break, these hairstyles are also a fast way to get back to work in time. 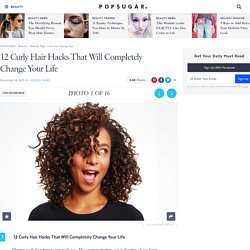 The springy ringlets are indicative of my large personality, but I didn't always know how to care for my coils. About eight years ago, I was clueless about all the unwritten rules (like no more shampoo, brushes, or towels.) And the commandments vary by hair type, too. A woman with waves can't live by the same hacks that I rely on day to day for my Afro-texture hair. That's why we've called in the curly hair experts from Devachan Salon in NYC to create a beginner's bible to curls. 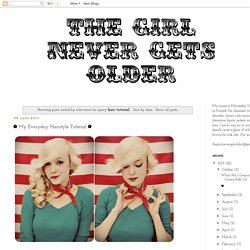 But damn, it was way harder than I thought it would be! Doing hair + operating a camera at the same time = complete failure. Everything was going wrong after first picture again, haha! The Simple Gibson Tuck - Sara Lynn Paige - Niagara, Burlington, Oakville & Toronto Wedding PhotographerSara Lynn Paige – Niagara, Burlington, Oakville & Toronto Wedding Photographer. I’ve received a lot of compliments on this easy rendition of the once popular Edwardian hairstyle, and I keep thinking to myself that Victorian is in right now and I should share this simple style. But it wasn’t until a make up artist stopped me in a coffee shop in Traverse City asking me how that I finally put my foot down. As soon as I get back from Ireland, I thought. Well today it’s snowing up a storm outside and I don’t have everything I need to bake the muffins I wanted, so here we are!

These photos aren’t the greatest display of the Simple Gibson because I didn’t have a mirror and I’m SO picky that I wanted the photos of the hair to match the video, so I took them right after the video. The look is a lot cleaner when you have a mirror. What You Need â˜… comb â˜… hair tie (it doesn’t really matter what color) â˜… bobby pins â˜… roller (optional) What You Do Pull your hair into a ponytail. Using A Roller Using a roller instead of your finger is also an option.