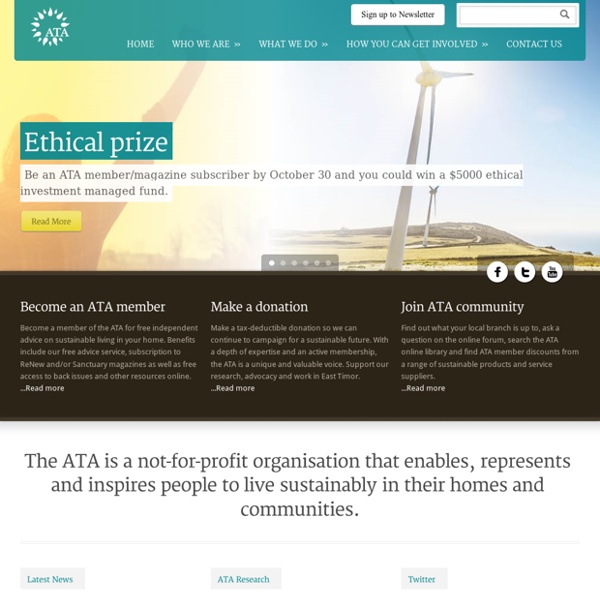 Greece Could Seize Personal Assets; Portuguese banks gamble with government debt - ValueWalk Greeks have to declare all their wealth From January 2017, 8.5 million Greek citizens have to file a declaration of their belongings. The government is on the hunt for real estate, jewellery, art and even cash – outside the banking system.

this plant will charge your phone Next time you ask to borrow your friend’s charger, it might live in their greenhouse. No, really. While saving the planet is no small task, Barcelona-based company Arkyne Technologies recognizes the value in starting with renewable energy. After releasing successful prototypes, they just brought your eighth grade science class to life with a pretty little pot called Bioo Lite, according to Yahoo Tech. ZNet About 1,600 people have so far signed up on the We Stand Site. We need a great many more for this effort to sustain positive activity.Please Sign. Please take the statement to relatives, friends, schoolmates, and workmates. Please comment anywhere online, or in social media, or by blogging, or perhaps writing an article, or prodding alternative media to relate to the effort.Will you Sign? Will you seek other signers?

To protect the revolution, overcome the false secular-Islamist divide - Opinion It is impossible to exaggerate the significance of the momentous events that have drawn global attention to Egypt as its people continue to struggle with the unfolding drama of their revolution. There are two evidently opportunistic events that have come together to signal a dreadful attempt by the Muslim Brotherhood to claim the entirety of the Egyptian revolution for themselves, pretty much on the same model that the Shia clerics hijacked the Iranian revolution of 1977-1979 - with the crucial difference that Egyptians in their tens of thousands have poured into their streets and are far more alert and vigilant to protect the totality of their revolution than Iranians were more than thirty years ago. The first event revolves around President Morsi grabbing (and then rescinding) more power than he was granted by the free and fair election that - with a narrow margin - sent him to the presidential palace.

Scientists are about to turn on a system that converts atmospheric CO2 into fuel Most of the strategies we hear about when it comes to reducing greenhouse gas emissions involve figuring out ways to pump less carbon into the air, whether by shifting our reliance on coal-based electricity to clean energy sources, driving electric or hydrogen fuel cell cars, or lessening our impact on the atmosphere through cleaner agricultural processes. But what about the greenhouse gases that are already trapping heat in the atmosphere? To do something about them, you're looking at carbon capture and storage, a relatively new kind of technology that aims to suck carbon pollution directly out of the air around us.

Run-up to proxy war over Syria Run-up to proxy war over Syria By M K Bhadrakumar If a date needs to fixed marking the end of "post-Soviet era" in world politics, it might fall on February 4, 2012. Russia and China's double veto of the Arab League resolution on Syria in the United Nations Security Council constitutes a watershed event. Curiously, the secretary general of the North Atlantic Treaty Organization (NATO) Anders Fogh Rasmussen chose the same day as the veto in New York to snub Russia; saying that that the alliance would have the first elements of the US's missile defense system (ABM) up and running in Europe by the alliance's summit in May in Chicago, no matter Moscow's objections. The cost of solar power is now cheaper than coal in this country To anybody who's been reading the headlines on investment into clean energy production, it's clear that India has been heavily backing solar power. In recent times, the nation has unveiled a string of ambitious solar projects, including the world's first 100 percent solar-powered airport and what is slated to become the world's largest solar power station. One of the consequences of all this ongoing investment in infrastructure is that the cost of providing solar power in India is becoming increasingly affordable – to the point where the country's energy minister, Piyush Goyal, now says that solar power is a more cost-effective option than the old fossil-fuel staple, coal.

Best Solar Batteries of 2021 The following companies participate in our Accreditation Program: SunLux Energy, SunRun and Vivint Solar Solar batteries are a smart investment for residential energy storage and DIY solar projects. People who want to go off the grid can use solar batteries to store excess energy that can be used at night or on cloudy days.

Bruce Logan Research - Microbial Fuel Cells Overview Check out the MFC-cam, our on-line demonstration of an MFC! Renewable and clean forms of energy are one of society's greatest needs. At the same time, 2 billion people in the world lack adequate sanitation and the economic means to afford it. Milestone in solar cell efficiency by UNSW engineers A new solar cell configuration developed by engineers at the University of New South Wales has pushed sunlight-to-electricity conversion efficiency to 34.5% – establishing a new world record for unfocused sunlight and nudging closer to the theoretical limits for such a device. The record was set by Dr Mark Keevers and Professor Martin Green, Senior Research Fellow and Director, respectively, of UNSW’s Australian Centre for Advanced Photovoltaics, using a 28-cm2 four-junction mini-module – embedded in a prism – that extracts the maximum energy from sunlight. It does this by splitting the incoming rays into four bands, using a hybrid four-junction receiver to squeeze even more electricity from each beam of sunlight. The new UNSW result, confirmed by the US National Renewable Energy Laboratory, is almost 44% better than the previous record – made by Alta Devices of the USA, which reached 24% efficiency, but over a larger surface area of 800-cm2.

This Material Can Harvest Energy From the Sun, Heat, and Movement A Renewable 3-in-1 First made popular in Asia, 3-in-1 instant coffee makes sense. Instead of adding sugar and cream after its made, just put all three ingredients right in the pack and be done with it. Now, researchers from the University of Oulu in Finland have discovered the 3-in-1 material of renewable energy, so to speak. This one material can simultaneously extract energy from three of the most accessible renewable energy sources at our disposal: sunlight, heat, and movement. The material is from a family of minerals with a perovskite crystal structure.