Jay Ostrich answered our Nation’s call to duty after America was attacked by terrorists September 11th, 2001. Joining the Air Force and graduating boot camp as the oldest member of his class, at 32, Ostrich is a Combat Veteran

Let’s Pretend has grand re-opening: PHOTO. Jay Ostrich Shares His Experience with Wealth Management to Assist During the COVID-19 Pandemic. The Pandemic Has Developed into an Economic Crisis and Jay Ostrich Wants to Help by Sharing His Experience on Management of Wealth READING, PA, UNITED STATES, October 16, 2020 /EINPresswire.com/ -- The pandemic has caused a public health crisis the likes of which has not been seen in over 100 years. 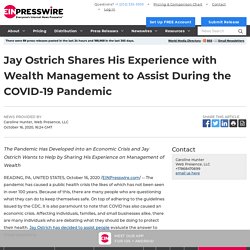 Because of this, there are many people who are questioning what they can do to keep themselves safe. On top of adhering to the guidelines issued by the CDC, it is also paramount to note that COVID has also caused an economic crisis. Affecting individuals, families, and small businesses alike, there are many individuals who are debating what they should be doing to protect their health. Jay Ostrich has decided to assist people evaluate the answer to those questions. Jay Ostrich Examines Federal Reserve’s Falling Interest Rates and What That Could Mean for Your Wallet Jay Ostrich observed how the Federal Reserve dropped its interest rates for suddenly not long after the pandemic started. 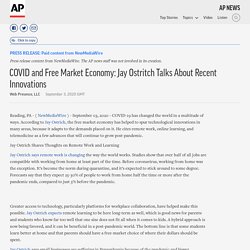 The AP news staff was not involved in its creation. Jay Ostrich On The Importance of Speaking Up About Domestic Violence. Relationship Violence Is A Community Problem, Says Jay Ostrich PHILADELPHIA, PA / ACCESSWIRE / August 26, 2020 / About 35 percent of women and 28 percent of men have experienced stalking, rape, or other forms of physical violence by an intimate partner in their lifetimes. 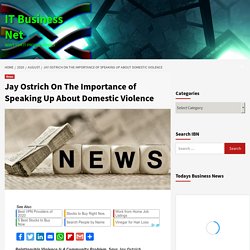 Often victims are silent about the abuse, fearing retaliation and blaming and lacking finances to begin again on their own. Bill Authorizes VA to Provide Stellate Ganglion Block to Some Sufferers, Jay Ostrich Says. Aug 17, 2020 12:19 PM ET iCrowd Newswire - Aug 17, 2020 House Bill 5648 authorizes the Veterans Administration to use injections to anesthetize a collection of nerves known as the stellate ganglion as a Post Traumatic Stress Disorder (PTSD) treatment. 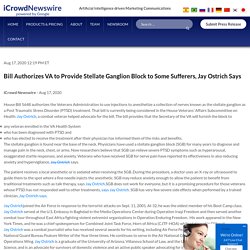 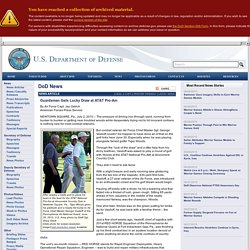 Jay OstrichAmerican Forces Press Service NEWTOWN SQUARE, Pa., July 2, 2010 – The pressure of driving iron through sand, running from bunker to bunker or getting near troubled woods while desperately trying not to hit innocent civilians is nothing new for most combat veterans. But combat veteran Air Force Chief Master Sgt. George Vasiloff couldn’t be happier to have done all of that on the golf links here June 30.

Spotlight East Africa June 3, 2013. Air National Guard’s 193rd, based at HIA, helps at Montgomery County coronavirus testing site. About 40 members of the Pennsylvania Air National Guard’s 193rd Special Operations Wing, based at Harrisburg International Airport, have been on the front line fighting the COVID-19 pandemic at a drive-through testing center in Montgomery County. 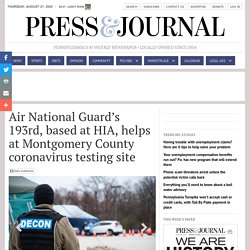 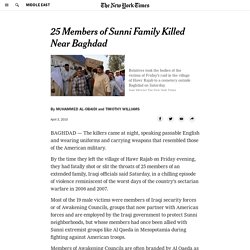 By the time they left the village of Hawr Rajab on Friday evening, they had fatally shot or slit the throats of 25 members of an extended family, Iraqi officials said Saturday, in a chilling episode of violence reminiscent of the worst days of the country’s sectarian warfare in 2006 and 2007. Most of the 19 male victims were members of Iraqi security forces or of Awakening Councils, groups that now partner with American forces and are employed by the Iraqi government to protect Sunni neighborhoods, but whose members had once been allied with Sunni extremist groups like Al Qaeda in Mesopotamia during fighting against American troops.

Members of Awakening Councils are often branded by Al Qaeda as traitors, but their families have typically not been attacked. Luyai Khadum said he had lost his father and four brothers. Capt. Mr. Eu.yorkdispatch. York County District Attorney Dave Sunday spoke at a town hall at Living Word Community Church Thursday, Aug. 23 about the difficulty of prosecuting domestic violence cases. 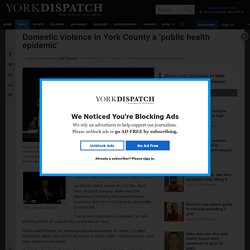 Hosted by YWCA York, the town hall served to raise awareness for domestic, sexual and other community violence in York County York Dispatch Jay Ostrich, district director for U.S. Rep. Facing the enemy within. She has a sweet, welcoming smile and calm, easygoing demeanor. 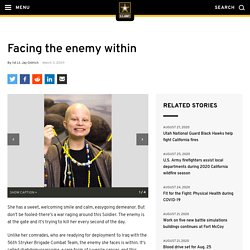 But don't be fooled-there's a war raging around this Soldier. The enemy is at the gate and it's trying to kill her every second of the day. Slices of life: Mifflin grad Jay Ostrich wins military journalism awards. Sept 11, 2001, put everything into perspective for Jay Ostrich. 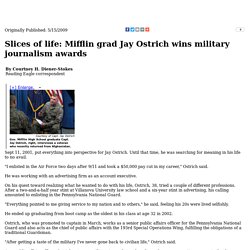 Until that time, he was searching for meaning in his life to no avail. "I enlisted in the Air Force two days after 9/11 and took a $50,000 pay cut in my career," Ostrich said. He was working with an advertising firm as an account executive.