Humpback Whale Found Dead In Brazil's Amazon Jungle And No One Knows How She Got There. A 36-feet long humpback whale has been found dead in the Amazon jungle, miles from its natural habitat. 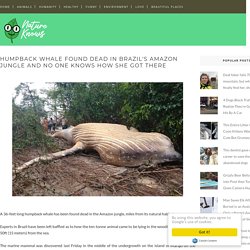 Experts in Brazil have been left baffled as to how the ten-tonne animal came to be lying in the woodland area around 50ft (15 meters) from the sea. Marine Biologist Captures Breathtaking Photos Of Sea Angels. A marine biologist in Russia has captured amazing photos of Clione limacina, also known as "Sea Angels". 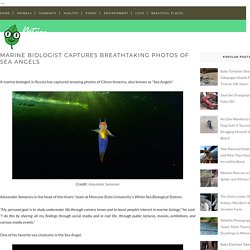 Credit: Alexander Semenov Alexander Semenov is the head of the divers' team at Moscow State University's White Sea Biological Station. "My personal goal is to study underwater life through camera lenses and to boost people's interest in marine biology," he said. "I do this by sharing all my findings through social media and in real life, through public lectures, movies, exhibitions, and various media events. " Surfing Sea Lions Have a Blast as They Ride and Flip Through Gnarly California Waves in Video. Donald Trump ended his scandal tinged presidency by pardoning 73 criminals and commuting the sentences of 70 others at 1:00 a.m. 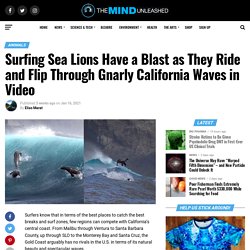 ET Wednesday, but he failed to pardon Joseph Maldonado-Passage, better known as “Joe Exotic.” Before the pandemic stole the limelight last year, the eccentric and openly gay Joe Exotic dominated the public consciousness as the star of Netflix’s “Tiger King” documentary, which enthralled U.S. audiences with its zany reality-TV tales of “murder, mayhem and madness.” Exotic is currently serving a 22-year sentence in a federal prison in Fort Worth, Texas, on 17 counts of animal abuse and a murder-for-hire plot against his mortal enemy, the big-cats rights activist Carole Baskin. Stating the obvious, one Twitter user joked that it should be common knowledge that Exotic would blame Baskin for the omission from Trump’s pardon list.

“It is the President’s Constitutional right to Pardon and we have to accept and respect his use of discretion. Last week, U.S. Science Shows Dolphins Communicate Holographically. Scientists are now able to begin deciphering how dolphins convey information to each other and to then use this information to start a conversation. 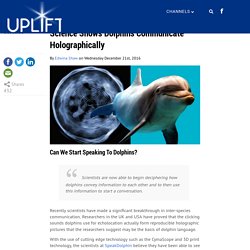 Recently scientists have made a significant breakthrough in inter-species communication. Researchers in the UK and USA have proved that the clicking sounds dolphins use for echolocation actually form reproducible holographic pictures that the researchers suggest may be the basis of dolphin language. With the use of cutting edge technology such as the CymaScope and 3D print technology, the scientists at SpeakDolphin believe they have been able to see what dolphins see for the first time. This amazing discovery has exciting implications for the future, as the first step in being able to potentially communicate with dolphins in their own language. Dolphins communicate holograms and now we can see them. Dolphin Communication Dolphins communicate in a wide variety of ways, just as we do. Dolphins deserve same rights as humans, say scientists.

21 February 2012Last updated at 15:54 Recognising the rights of dolphins would end whaling and their captivity Dolphins should be treated as non-human "persons", with their rights to life and liberty respected, scientists meeting in Canada have been told. 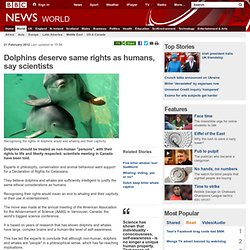 Experts in philosophy, conservation and animal behaviour want support for a Declaration of Rights for Cetaceans. They believe dolphins and whales are sufficiently intelligent to justify the same ethical considerations as humans. Recognising their rights would mean an end to whaling and their captivity, or their use in entertainment. Continue reading the main story. Unify - Who loves whales? Scientists conclude Octopus DNA is not from THIS world. A new study has led researchers to conclude that Octopuses (NOT Octopi) have Alien DNA. 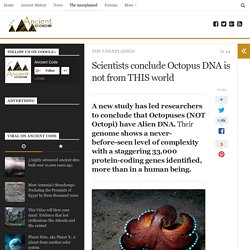 Their genome shows a never-before-seen level of complexity with a staggering 33,000 protein-coding genes identified, more than in a human being. The oceans of our planet hide countless mysteries that could perhaps help answer numerous mysteries of life itself. Our Blue Planet - Fish is Desperate for Love And Creates Amazing Structure.

You will never look at a fish in the... - Best Video You Will Ever See. Hilarious Video Shows Two Giant Sea Lions Lounging on a Tiny Boat. (TMU) — Two massive sea lions are making waves online and offshore after they were filmed lounging on a boat near Olympia, Washington. 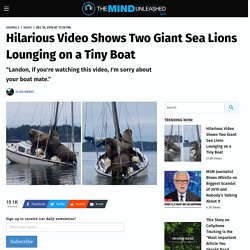 Professional soccer player Josh Phillips and his friend were taking a boat ride Tuesday afternoon near The Evergreen State College when they saw another boat anchored in the waters of Eld Inlet, at the southern end of Puget Sound. As they approached the boat, the pair noticed that something was slightly amiss. Phillips told the Olympian: “It looked a little off and we got closer and closer and realized there were two massive animals on board.” Phillips, who is the owner and president of Spawn Fly Fish, is no stranger to marine life—he has frequently seen orcas and gray whales, but this is the first time he’s ever seen sea lions just hanging out like that on a boat. “I’ve never seen anything like this.” Since posting video of the rare sight to his Instagram account on Tuesday, the video has racked up over a million views. Scientists capture an amazing video of a deep sea fish with “feet” So much of the deep sea is unexplored that it isn’t hard to find something that hasn’t been seen before and amazes us. 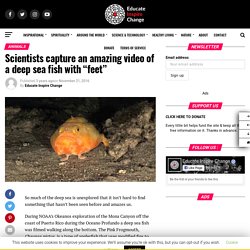 During NOAA’s Okeanos exploration of the Mona Canyon off the coast of Puerto Rico during the Oceano Profundo a deep sea fish was filmed walking along the bottom. The Pink Frogmouth, Chaunax pictus, is a type of anglerfish that uses modified fins to “walk” across the seafloor. “This fish has been living for so long here that its fins have changed into something more useful – feet. They help it shuffle about on the sea floor.” The pink frogmouth has a depth range of 200 – 978 meters and has been documented in both the Atlantic and Mediterranean. Picture: Multibeam Map of the Mona Canyon / Source: NOAA STORY SOURCE: The above post is written based on materials provided by Science And Technology, Fishbase and IUCNredlist. Featured video from Tech Insider If you found this article interesting please SHARE it with your family and friends.