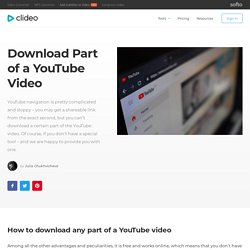 The user’s information is stored for 24 hours only and then it is deleted forever, so our service is safe. At last, you may use it without registering and logging in, so any personal data leak is absolutely impossible. Let’s go further and learn how to download a portion of a YouTube video. Upload a video from YouTube Open the needed video on YouTube in any browser and copy its link. Now, open Video Cutter by Clideo, hit the blue button in the center of the homepage, call a drop-down menu and paste the link to the empty field. Have a quick preview to check if you are happy with the result. 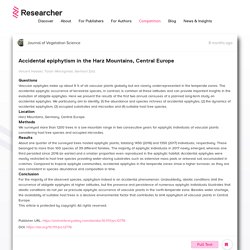 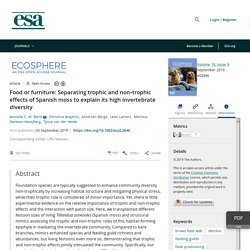 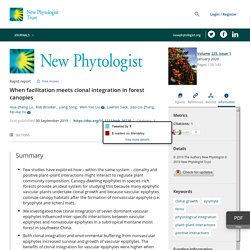 Surface roots as a new ecological zone for occurrence of vascular epiphytes: a case study on Pseudobombax trees on inselbergs. Error - Cookies Turned Off. Premise Conversion of primary forests to pastures is a major cause of habitat fragmentation in the tropics. 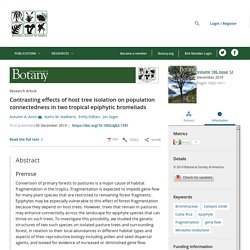 Fragmentation is expected to impede gene flow for many plant species that are restricted to remaining forest fragments. Epiphytes may be especially vulnerable to this effect of forest fragmentation because they depend on host trees. However, trees that remain in pastures may enhance connectivity across the landscape for epiphyte species that can thrive on such trees. To investigate this possibility, we studied the genetic structures of two such species on isolated pasture trees and surrounding forest, in relation to their local abundances in different habitat types and aspects of their reproductive biology including pollen and seed dispersal agents, and looked for evidence of increased or diminished gene flow. Methods Results Conclusions. Error - Cookies Turned Off. Error - Cookies Turned Off. Twitter for Academics. The Online Academic embracing social media & internet services to enhance your career Skip to content Twitter for Academics A five-part guide to using Twitter as an academic: PART ONE. 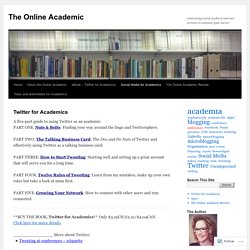 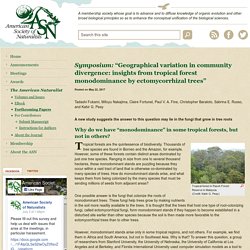 A. Fine, Christopher Baraloto, Sabrina E. Russo, and Kabir G. Peay A new study suggests the answer to this question may lie in the fungi that grow in tree roots Why do we have “monodominance” in some tropical forests, but not in others? Tropical forests are the quintessence of biodiversity. One possible answer is the fungi that colonize the roots of monodominant trees. However, monodominant stands arise only in some tropical regions, and not others.