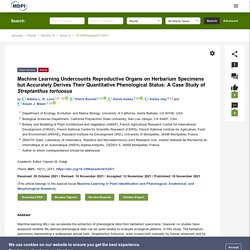 Introduction Within and among plant species, the study of phenological traits such as the timing of bud break or flowering can provide key insights into how species respond to climate [1]. Tracking phenology over 125 years among native flora of the New Jersey Pine Barrens1. The ReCAP: Stories from California Herbaria. Dear community scientists, transcribers, volunteers, stay-at-homers, and data entry extraordinaires, We couldn't do it without you! 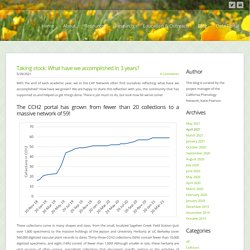 Watching our numbers of transcribed specimens climb is so exciting for the community of herbarium directors, curators, collections managers, and in-person volunteers. Your work matters, and it demonstrates that people outside the herbarium walls also believe that natural history specimens matter. With your help, over 25,000 specimen records have been transcribed for the herbaria at seven California institutions: CSU Los Angeles, CSU Fresno, CSU Long Beach, CSU Cal Poly SLO, CSU Humboldt, UC Irvine, and UCLA. 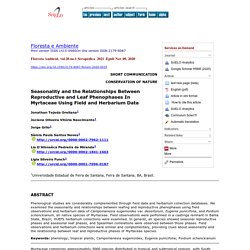 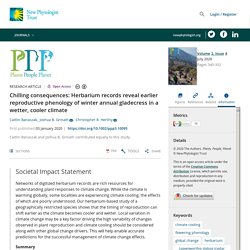 In either case, shifts in plant phenology are expected to impact reproductive success. Machine Learning Using Digitized Herbarium Specimens to Advance Phenological Research. We use cookies to enhance your experience on our website.By continuing to use our website, you are agreeing to our use of cookies. 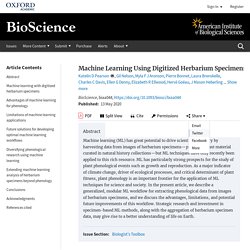 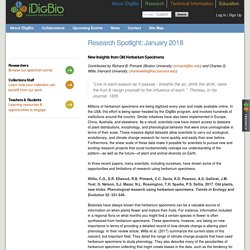 Primack (Boston University; primack@bu.edu) and Charles G. Willis (Harvard University; charleswillis@fas.harvard.edu) “Live in each season as it passes - breathe the air, drink the drink, taste the fruit & resign yourself to the influence of each.” Emerging frontiers in phenological research. As climate change looms, we urgently need to understand how ecosystems will respond. 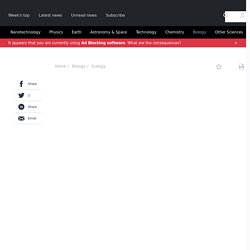 Plant phenology, or the timing of developmental events like flowering, offers a powerful lens to make sense of the changes we are likely to see. Phenology is both driven by climate and deeply impacts ecosystem functioning. Applications in Plant Sciences. Applications in Plant Sciences. Plant collections are, by their very nature, records of phenology—the study of cyclical events in an organism's life cycle including growth and reproduction phases that occur over the course of the year. These phases, which are called phenophases, are represented in plant collections with such features as young flower buds, senescing leaves, and even bare branches on a herbarium sheet. In combination with the collection date and locality information present on the specimen label, collections provide valuable data about plant phenology. Phenology is not a new science, but it has taken on additional importance in recent decades as a metric for studying the impacts of global climate change on species.

As the climate warms and weather patterns are altered, it becomes increasingly vital to quantify the effects of these changes on plants and animals. Digitization protocol for scoring reproductive phenology from herbarium specimens of seed plants - Yost - 2018 - Applications in Plant Sciences. Premise of the Study Herbarium specimens provide a robust record of historical plant phenology (the timing of seasonal events such as flowering or fruiting). 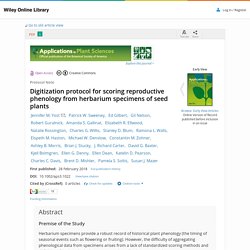 However, the difficulty of aggregating phenological data from specimens arises from a lack of standardized scoring methods and definitions for phenological states across the collections community. Method for Phen scoring: better but slower. Plant phenology—the timing of life history events such as flowering or fruiting—is a key aspect of plant fitness (Inouye, 2008) and the study of climate change (Menzel, 2002). 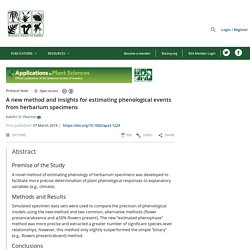 Pressed, preserved plant specimens (“herbarium specimens”) collected over centuries and around the globe can serve as snapshots of plant phenology and have contributed to a wealth of research relating the timing of phenological events to, e.g., climate change (Willis et al., 2017a; Jones and Daehler, 2018), disturbance (Gómez‐Garcia et al., 2009), plant traits (Bolmgren and Lönnberg, 2005), and climate seasonality (Sahagun‐Godinez, 1996). Although most herbarium specimens were not collected with the purpose of estimating phenological events, phenological data from specimens have proven reliable and irreplaceable for understanding plant phenology (Davis et al., 2015). This paper describes a novel “estimated phenophase” method that aims to overcome these limitations. 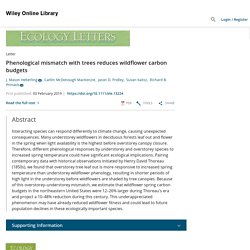 Many understorey wildflowers in deciduous forests leaf out and flower in the spring when light availability is the highest before overstorey canopy closure. Therefore, different phenological responses by understorey and overstorey species to increased spring temperature could have significant ecological implications.

Pairing contemporary data with historical observations initiated by Henry David Thoreau (1850s), we found that overstorey tree leaf out is more responsive to increased spring temperature than understorey wildflower phenology, resulting in shorter periods of high light in the understorey before wildflowers are shaded by tree canopies. Phenological responses to climate in the Alberta native flora: Herbarium specimens reveal differential responsiveness between species in mesic and xeric habitats.

Effects of climate change and invasive plants on autumn phenology in Massachusetts, USA. Shifts in the timing of the early flowering in plants from a semi-arid ecoregion under climate change. Herbarium specimens can reveal impacts of climate change on plant phenology; a review of methods and applications. Carl Linnaeus pioneered the study of phenology when he outlined methods for investigating associations between flowering and climate in the 1700s (Linnaeus, 1751; Von Linné, 2003; Puppi, 2007). Around 1850, Charles Morren introduced the term “phenology” to describe his observational studies of yearly flowering (Morren, 1853; Demarée & Rutishauser, 2009).

And even fewer studies have examined these shifts at time scales greater than a few decades. Methods We used digitized herbarium specimens and PRISM climate data to produce the spatially and temporally broadest‐scale study of flowering time in a single species to date, spanning the contiguous United States and 153 years (1863–2016) for a widespread weedy annual, Triodanis perfoliata (Campanulaceae). Herbarium Records Reveal Earlier Bloom Times. Historical flowering phenology across a broad range of Pacific Northwest plants. Insights into grass phenology from herbarium specimens. In this issue of New Phytologist, Munson & Long (pp. 1945–1955) publish a study that is notable for its innovative methods, focusing on an understudied but vital aspect of grasslands, and insightful results. Their analysis of herbarium specimens sheds new light on how the reproductive timing of grasses responds to temperature and precipitation. Specifically, they find that warmer annual temperatures tend to accelerate reproductive times of C3 grasses, but delay reproductive times of C4 grasses, with the greatest effects seen in annual species and in wetter, more northern locations; and that increased precipitation tends to delay reproduction for most grass species.

These findings suggest substantial, and potentially predictable, ecological consequences, and highlight the need for more work in this area. Munson & Long took an innovative approach to addressing this challenge. Climate drives shifts in grass reproductive phenology across the western USA - Munson - 2016 - New Phytologist. Herbarium specimens show patterns of fruiting phenology in native and invasive plant species across New England - Gallinat - 2018 - American Journal of Botany. Premise of the Study Patterns of fruiting phenology in temperate ecosystems are poorly understood, despite the ecological importance of fruiting for animal nutrition and seed dispersal. Herbarium specimens represent an under-utilized resource for investigating geographical and climatic factors affecting fruiting times within species, patterns in fruiting times among species, and differences between native and non-native invasive species.