(40) Elderberry Medicine. 16 Health Benefits of Pycnogenol and Pine Bark Extract. I have been vaporizing an oil form of pine bark extract for two years now since I found out about its anti-cancer and anti-infection effects – two important points for longevity. 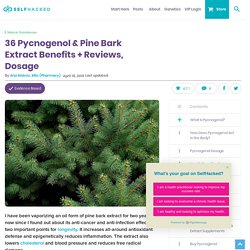 It increases all-around antioxidant defense and epigenetically reduces inflammation. The extract also lowers cholesterol and blood pressure and reduces free radical damage. A Deeper look at Opium Poppies. Mastic Is More Than An Antibacterial - Life Enhancement Products. The Benefits of Mastic Study related to the Berbers of North Africa shows that mastic is an antiviral as well Those who cannot remember the past are condemned to repeat it.- George Santayana We've all heard that famous saying many times and nodded our heads sagely. 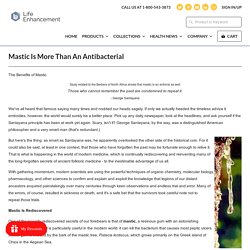 If only we actually heeded the timeless advice it embodies, however, the world would surely be a better place. Pick up any daily newspaper, look at the headlines, and ask yourself if the Santayana principle has been at work yet again. But here's the thing: as smart as Santayana was, he apparently overlooked the other side of the historical coin. All About Pine Pitch - Making Medicine and Glue From Pine Sap. DANDELION: FOOD AND REMEDY (WILD GOLD) Encyclopedia of Life. Natural Herbal Remedy for Internal and External Bleeding Control. In the event of an emergency situation all sorts of injuries could possibly occur. 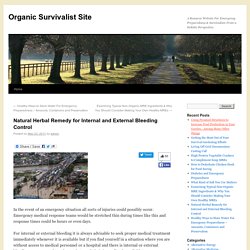 Emergency medical response teams would be stretched thin during times like this and response times could be hours or even days. For internal or external bleeding it is always advisable to seek proper medical treatment immediately whenever it is available but if you find yourself in a situation where you are without access to medical personnel or a hospital and there is internal or external bleeding you may need to rely on whatever help is immediately available to you. Shepherd’s Purse (capsella bursapastoris) has been used as a remedy for centuries to stem internal and external bleeding. It is a hemostatic plant in that it constricts blood vessels reducing blood flow. Internally it is used to prevent further bleeding. Herb - manjishtha-rubia cordifolia. Indian Name : Manjistha, Indian madder Botanical Name : Rubia Cordifolia Family: Rubiaceae Parts Use: Roots, Stem Description: A branched climber with bristles. 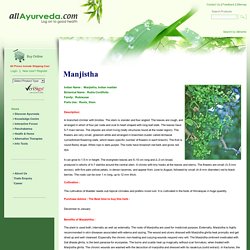 The stem is slender and four angled. Natural Herbs From the US Before Big Pharma. (GreenMed TV) Slate just reported on this amazing map of ‘Herbal Cures’ from 1932 of the medicinal plants in common use among pharmacists and the public back then. 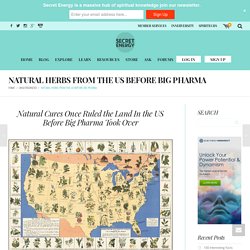 The map itself states under the heading ‘The Service of Pharmacy’: “It is important that the public does not lose sight of the fact that the professions of Pharmacy, Medicine, and Dentistry, each give an essential service, which must not be impaired or destroyed by commercial trends. The public and the professions will suffer equally if these services are allowed to deteriorate. In pharmacy the public should understand something of the breadth of knowledge required of the pharmacist.

Shamanic Plants, Entheogens, and Hallucinogens in History. 10 Aloe Vera Uses You Probably Didn't Know About. Aloe vera, also known as Aloe barbadensis, has been a staple for thousands of years in many cultures around the world. 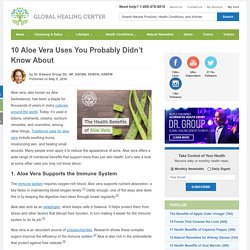 Today, it’s used in lotions, ointments, creams, sunburn remedies, and cosmetics, among other things. Traditional uses for aloe vera include soothing burns, moisturizing skin, and healing small wounds. Many people even apply it to reduce the appearance of acne. Aloe vera offers a wide range of nutritional benefits that support more than just skin health.

Let’s take a look at some other uses you may not know about. 1. The immune system requires oxygen-rich blood. Aloe also acts as an adaptogen, which keeps cells in balance. Ginkgo Biloba Tincture - Make Your Own Radioprotective Extract. Ginkgo is sometimes called a living fossil because there are no other members of its species and its age and uniqueness set it apart from other plants. 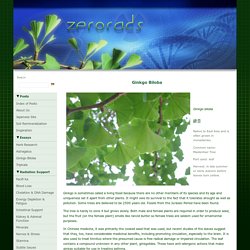 It might owe its survival to the fact that it tolerates drought as well as pollution. Some trees are believed to be 2500 years old. Fossils from the Jurassic Period have been found. The tree is hardy to zone 4 but grows slowly. Both male and female plants are required in order to produce seed, but the fruit (on the female plant) smells like rancid butter so female trees are seldom used for ornamental purposes. A Modern Herbal. Botanical.com Home Page Botanical: Geum urbanum (LINN.) 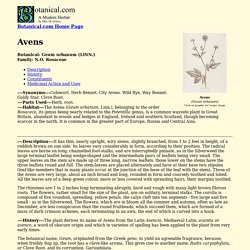 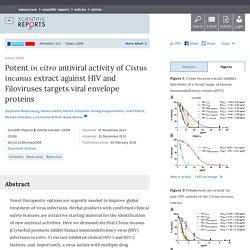 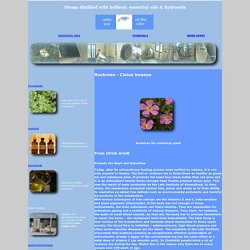 Etymology[edit] Harvesting Miners Lettuce, A Wild Green Superfood. Miners lettuce (Claytonia perfoliata) is also called winter purslane, Indian lettuce, spring beauty and miners green, which are all names that reveal a bit about this amazing and succulent wild green superfood. Here in California gold rush territories, it is known as "miner's" lettuce which historically refers to the miner's who came across this wild plant growing in large numbers throughout the foothills and various mining locations. It became a much valued food source that provided nourishment during times when other food supplies were running low or not available. Back in the mid 1840's times were hard and life was a desperate struggle for survival. Those who were smart viewed this highly nutritious green as a gift from the earth to be consumed for its life sustaining nutrients, including Vitamin C which helped to prevent scurvy for these gold mining immigrants.

Phytolacca - Homeopathy. Phytolacca americana Pokeroot, one of the most significant plants native to America, forms the basis for the homeopathic remedy phytolacca. This is a huge herb-like plant growing perennially to a height of 10 feet or three meters. Indigenous to the eastern regions of North America, pokeroot has a very distinctive appearance. The plant has an outsized and fleshy taproot that is white in color. The stems of pokeroot are usually hollow having a green or red color. Although the berries of the pokeroot plant form an excellent source of food for the songbirds, the different parts of this plant are considered to be extremely poisonous both for humans as well as livestock.

The Naturopathic Herbalist. List of herbs with known adverse effects. This is a partial list of herbs and herbal treatments with known or suspected adverse effects, either alone or in interaction with other herbs or drugs. Non-inclusion of an herb in this list does not imply that it is free of adverse effects. In general, the safety and effectiveness of alternative medicines have not been scientifically proven[1] and remain largely unknown.[2] Beyond adverse effects from the herb itself, "adulteration, inappropriate formulation, or lack of understanding of plant and drug interactions have led to adverse reactions that are sometimes life threatening or lethal.

10 Benefits of Bee Balm. The Ancient Flower That Heals The Human Soul. Top 12 Reasons Why You Should Consume More Horsetail! - NaturalON. Herbal Medicine from Your Garden or Windowsill. Fennel, Medicinal Properties of Fennel, Saunf, Fenniculum Vulgare. The Miracle of Moringa. Self Heal Herb Used For Centuries For About Every Ailment Known To Man. Indian Snakeroot. Gingko Biloba: A 'Living Fossil' With Life-Extending Properties. Natural News Blogs Astragalus Root: Halts Aging, Cure Type 2 Diabetes And Repair Our DNA. The One Herb to Save You That You Probably Overlook Everyday.