11 Ways 2014 Was the Biggest Year in Transgender History. Transgender people are already everywhere, even if their lives go unnoticed. 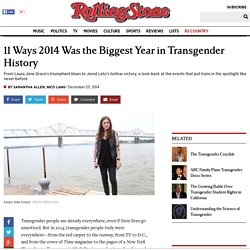 But in 2014, transgender people truly were everywhere—from the red carpet to the runway, from TV to D.C., and from the cover of Time magazine to the pages of a New York Times bestselling memoir. Visibility is no substitute for change, but 2014 bore witness to plenty of the latter as well, with a series of legal victories that will make it easier for transgender people to find employment, update their legal documents and receive healthcare.

Although there's still a long way to go before anti-transgender violence becomes a thing of the past, 2014 is likely to be remembered as an important step toward a more inclusive future. How to ask a woman out when you're a transgender guy. When it comes to making the first move, I’m terrible at it.Whether that’s been in my previous incarnation as a lesbian or my current one as a trans guy, the fact is, it’s simply better that I don’t realise when I want to hit on someone.Flirting, it seems, only comes naturally to me when I don’t actually think that I might like to take things a little further with the person in front of me. 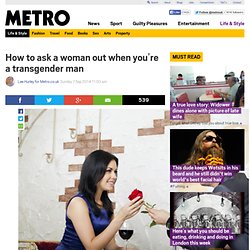 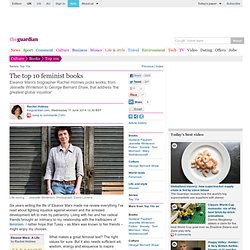 Photograph: David Levene Six years writing the life of Eleanor Marx made me review everything I've read about fighting injustice against women and the arrested development left to men by patriarchy. Living with her and her radical friends brought an intimacy to my relationship with the trailblazers of feminism. I rather hope that Tussy – as Marx was known to her friends – might enjoy my choices. What makes a great feminist text? Gender-based inequality remains the greatest global injustice and the struggle against it spans millennia and continents. 1. This book literally saves lives. 2. Groundbreaking in 1978, Orbach's original exploration of the body fascism of diets and body obsession is – sadly – even more relevant today. 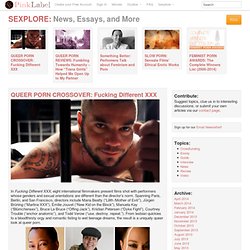 TICKETS: $10 – Brown Paper Tickets INFO : cheryl@cheryldunye.com. Male in Life, Female in Death: The Story of Christopher Lee’s Death Certificate. Christopher Lee lived his life as a man, but after he died by suicide, the death certificate listed his gender as female. 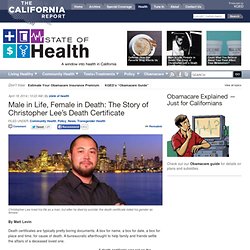 By Matt Levin Death certificates are typically pretty boring documents. Sweden Adopts a Gender-Neutral Pronoun. Swedes are shaking up their language with a new gender-neutral pronoun. 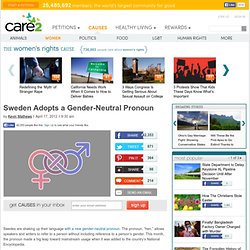 The pronoun, “hen,” allows speakers and writers to refer to a person without including reference to a person’s gender. This month, the pronoun made a big leap toward mainstream usage when it was added to the country’s National Encyclopedia. The majority of world languages already have gender-neutral pronouns. However, similar to the English language, Swedish has had pronouns for “he” and “she”, but not one that refers to a person without suggesting the person’s sex.

'Casa Susanna' Documents Secret 1950's Cross-Dressing Community. Casa Susana is a compelling book that documents the weekend gathering place of a group of cross-dressers sometime between the mid-1950s and mid-1960s. 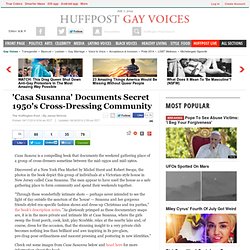 Discovered at a New York Flea Market by Michel Hurst and Robert Swope, the photos in the book depict this group of individuals at a Victorian-style house in New Jersey called Casa Susanna. The men appear to have used the house as a safe gathering place to form community and spend their weekends together. "Through these wonderfully intimate shots -- perhaps never intended to see the light of day outside the sanctum of the 'house' -- Susanna and her gorgeous friends styled era-specific fashion shows and dress-up Christmas and tea parties," the book's description notes. Check out some images from Casa Susanna below and head here for more information about the book. All images are from Casa Susanna edited by Michel Hurst and Robert Swope, published by powerHouse Books. La straordinaria vita dell’ermafrodita Claudette [FOTO] Transgender UNL student pushes stereotypes aside - Daily Nebraskan: News. Marc Woodman didn’t always know. 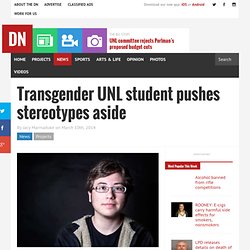