Human Trafficking. Domestic Abuse. LGTB Hate. Descrimination. Media Representation. The Misogyny Problem. ISIS. Saudi Woman Convicted Of Adultery Gets Death Sentence, Partner Gets 100 Lashes. By : Ben Hayward | 27/11/15 5kShares A Saudi Arabian woman convicted of adultery faces being stoned to death but the man she was caught with faces the lesser punishment of 100 lashes. 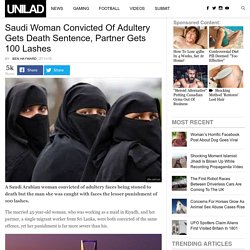 The married 45-year-old woman, who was working as a maid in Riyadh, and her partner, a single migrant worker from Sri Lanka, were both convicted of the same offence, yet her punishment is far more severe than his. Upul Deshapriya, a spokesman for the Foreign Employment Bureau told the Reuters: She has accepted the crime four times in the courts. Saudi Arabia follows Sharia law, often criticised by human rights groups for being out-dated and overly harsh as it still uses a system of physical punishments such as lashes, and carries the death penalty for crimes such as adultery (for married women) and drug smuggling. Credits mirror.co.uk Comments.

92% of Married Women in Egypt Have Undergone Female Genital Mutilation : worldnews. Saudi Arabia implements electronic tracking system to monitor women's movements. As bad as this is, I think one facet of the issue was missed: This is a great tool for the government to track which men are far too lenient with their women. 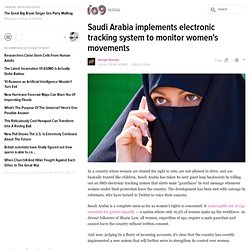 Do you really let your daughters out that much? Why? Is your wife unaccompanied so often? Explain. If it was all based on a passport or a note before, that would have been difficult to track. This is a great way to pressure even the more liberal men into dialing back their women's freedoms, which means it's a way of dialing back men's freedoms, too. My life of hell in an Afghan harem.

Phyllis Chesler, 72, is a feminist scholar and a professor emerita of psychology and women’s studies at City University of New York. 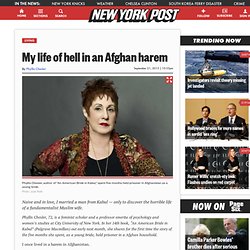 In her 14th book, “An American Bride in Kabul” (Palgrave Macmillan) out early next month, she shares for the first time the story of the five months she spent, as a young bride, held prisoner in a Afghan household. I once lived in a harem in Afghanistan. I did not enter the kingdom as a diplomat, soldier, teacher, journalist or foreign aid worker. I came as a young Jewish bride of the son of one of the country’s wealthiest men. I was held in a type of captivity — but it’s not as if I had been kidnapped. I walked into it of my own free will. It is 1959. IAmA former German citizen under Hitler's third reich. I lived there from when I was born in 1936 to 1956. AMAA. : IAmA. Malala Yousafzai: Pakistan bullet surgery 'successful' 10 October 2012Last updated at 11:53 ET Malala Yousafzai began her blog at the age of 11 Surgeons have removed a bullet from the head of a 14-year-old girl, a day after she was shot by Taliban gunmen in north-western Pakistan's Swat Valley. 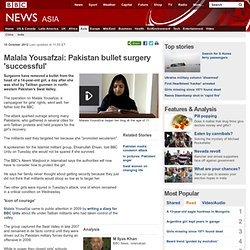 The operation on Malala Yousafzai, a campaigner for girls' rights, went well, her father told the BBC. The attack sparked outrage among many Pakistanis, who gathered in several cities for anti-Taliban protests and held prayers for the girl's recovery. The militants said they targeted her because she "promoted secularism". A spokesman for the Islamist militant group, Ehsanullah Ehsan, told BBC Urdu on Tuesday she would not be spared if she survived. The BBC's Aleem Maqbool in Islamabad says the authorities will now have to consider how to protect the girl. He says her family never thought about getting security because they just did not think that militants would stoop so low as to target her.

An Open Letter to David Cameron and the IOC. Dear Prime Minister, M Rogge, Lord Coe and Members of the International Olympic Committee, I write in the earnest hope that all those with a love of sport and the Olympic spirit will consider the stain on the Five Rings that occurred when the 1936 Berlin Olympics proceeded under the exultant aegis of a tyrant who had passed into law, two years earlier, an act which singled out for special persecution a minority whose only crime was the accident of their birth. 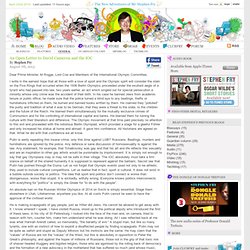 In his case he banned Jews from academic tenure or public office, he made sure that the police turned a blind eye to any beatings, thefts or humiliations inflicted on them, he burned and banned books written by them. He claimed they “polluted” the purity and tradition of what it was to be German, that they were a threat to the state, to the children and the future of the Reich. He blamed them simultaneously for the mutually exclusive crimes of Communism and for the controlling of international capital and banks.