Why I am stepping out of the debate on women in technology. Obsessed with mobile growth? 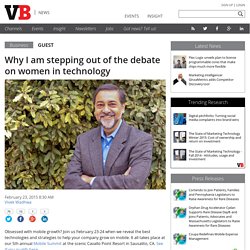 Join us February 23-24 when we reveal the best technologies and strategies to help your company grow on mobile. It all takes place at our 5th annual Mobile Summit at the scenic Cavallo Point Resort in Sausalito, CA. See if you qualify here. I started advocating for women in engineering in 2006 when my dean at Duke’s Pratt School of Engineering, Kristina Johnson, made me aware of the declining numbers of women entering the field. As a former tech entrepreneur, I found the situation alarming. When I moved to Silicon Valley in 2009, I realized that what I had thought was a well-functioning meritocracy actually was nothing of the sort. It used to be that when the media wrote about Silicon Valley, they repeated the myth of meritocracy. Even 50 Years Ago, Toys Weren't As Gendered As They Are Today. Oops! Your Implicit Bias is Showing — She Negotiates. On a five point scale, reviews for the exact same memo averaged a 3.2 for the “African American” author and 4.1 for the “Caucasian” author. 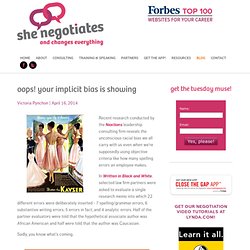 More surprising were the findings of "objective" criteria such as spelling. The partner evaluators found an average of 2.9 spelling and grammar errors for the "Caucasian" authors and 5.8 such errors for the "African American" authors. Overall the memo presumed to have been written by a “Caucasian” was "evaluated to be better in regards to the analysis of facts and had substantively fewer critical comments. " What To Do? Nextions doesn't just locate business problems, it also attempts to assist its clients in solving them. Nextions worked with one law firm, for instance, to create an Assignment Committee that would blindly evaluate summer associate assignments. 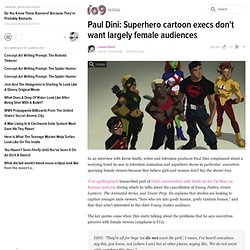 And these businesspeople play a significant role in shaping our culture, deciding what kind of characters and narratives today's kids are going to grow up with, shaping a part of their generation's whole outlook on the world for the rest of their lives. This is the kind of thing that perpetuates gender stereotypes in our culture. GoldieBlox Pulls Beastie Boys’ ‘Girls’ Commercial, Offers Peace in Open Letter. (Nathanial Hornblower/Nasty Little Man) It started simply enough with a commercial for a small Rube Goldberg toy that came with a parody song for Beastie Boys. 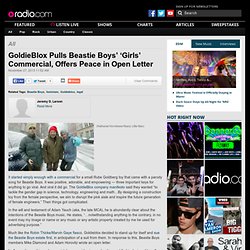 It was positive, adorable, and empowering — three important keys for anything to go viral. And viral it did go. The GoldieBlox company manifesto said they wanted “to tackle the gender gap in science, technology, engineering and math…By designing a construction toy from the female perspective, we aim to disrupt the pink aisle and inspire the future generation of female engineers.” Then things got complicated. In the will and testament of Adam Yauch (aka, the late MCA), he is abundantly clear about the intentions of the Beastie Boys music. 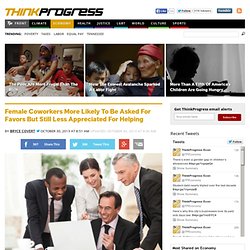 Flynn examined employees at two companies and found that women were more likely than men to be asked for help and were also more likely to grant those requests. But when those who received favors were asked how “indebted” they felt to the person granting them, women were appreciated less than men. Women experience a variety of other forms of discrimination, both subtle and outright.

The gender pay gap is all too real and virtually impossible to escape. And there is evidence that women are passed over for promotions. Video Games, Misogyny, And Terrorism: A Guide To Assholes. As Gaming Editor here, I get to play a lot of video games. 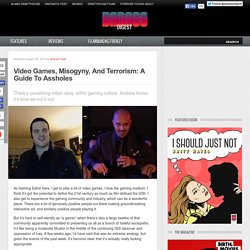 I love the gaming medium; I think it’s got the potential to define the 21st century as much as film defined the 20th. I also get to experience the gaming community and industry, which can be a wonderful place. There are a lot of genuinely positive people out there making groundbreaking interactive art, and similarly positive people playing it. But it’s hard to self-identify as “a gamer” when there’s also a large swathe of that community apparently committed to presenting us all as a bunch of hateful sociopaths.

It’s like being a moderate Muslim in the middle of the continuing ISIS takeover and oppression of Iraq. I’ll get to this week’s events in a minute. Layfolk who don’t frequent gaming websites may not be aware (but certainly won’t be surprised) that there are rampant issues with sexism, homophobia, and racism within the gaming industry.